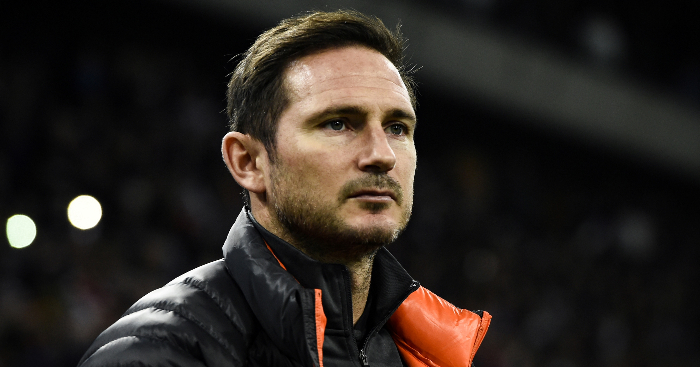 Chelsea boss Frank Lampard admitted to being “relatively superstitious” after hearing of the “curse” that haunts those named manager of the month.

Lampard was named Premier League manager of the month for October, after guiding Chelsea to three successive league victories last month as part of a seven-match winning run in all competitions.

He took the opportunity to pay tribute to the club’s staff and hopes his team’s forthcoming results and performances are not adversely affected by a curse which is purported to follow the accolade.

“It doesn’t confirm to me that I am doing a good job. Albeit it is a nice award to get on an individual basis,” said Lampard.

“It certainly is an award that relates to much more than that, about what the club is doing and the people working behind the scenes. I appreciate it and I receive it not just for myself.

“On the curse, I have heard of it. I know it and I am relatively superstitious. I was always as a player and I carry it into my management.

“So hopefully the players will go out and prove the curse wrong tomorrow because we want to carry on our momentum.”

Lampard also confirmed defender Antonio Rudiger, who has made only one appearance this season, underwent surgery on a groin problem this week and could return to contention in three weeks.

“It was nice to get something definitive about it,” said Lampard. “We’ve been trying to find a solution, Toni’s been having some issues, it’s not easy for a player in that position, so hopefully we are at that case now and in three weeks we’re in a better place.”