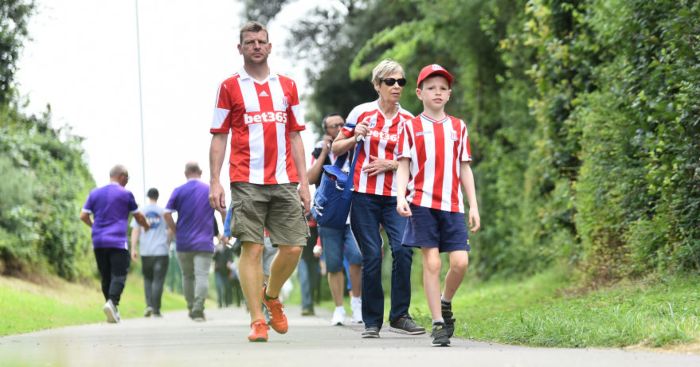 Back when we were allowed to go to watch football matches, lower-league games attracted a higher total attendance than top-flight games. The Premier League had about 14 million attendances but the EFL and National League totalled around 20 million. This isn’t the same as the number of people going to games, of course, as some go to each game and are thus counted up to 46 times. But still.

What is fascinating about these attendance numbers is that they prove the popularity of what we might inaccurately call non-elite football. I say that because plenty of top-flight football has little relationship to elite football too, but you get my point. The Premier League is sold to us as the Promised Land: the ultimate. But even so, loads of people who like football are happy to go to watch supposedly lower-quality sport for the entirety of their lives, supporting clubs which almost never win anything and rarely if ever get promoted. But it doesn’t matter.

This isn’t to say that the Premier League isn’t popular. In January 2020, Transfermarkt calculated that every Premier League stadium had been on average at least 90% full and, perhaps remarkably, that West Ham were top of the charts being typically full to 99.9% of the London Stadium’s capacity.

Whether these numbers – based on figures released by clubs – reflect seats sold or actual people present is not clear. I’m guessing it is seats sold.

But regardless, in no other sports are those playing it to a supposed lesser standard still popular. It doesn’t even matter to most fans if the club wins something or doesn’t. Again, this doesn’t really happen in other sports or walks of life.

So what does lower-league football offer? As the highly recommended Set Piece Menu asked this week, why do people support shit teams? It must be a powerful thing for it to attract such consistently big numbers. As a supporter of Middlesbrough for 50 years, I have to say, my interest and affiliation to the club doesn’t fluctuate depending on league position or success. We could be in the fifth tier, could be in the Northern Premier League and it would change nothing. I was, am and will always be Boro, wherever I am in the world and whatever league the club is playing in. This is far from an unusual view; I suspect it to be typical.

All clubs have a solid core of support that changes little. They add a few tourists if they become successful and get promotion, they lose those when they’re not, but year in and out, the core remains.

This must be because going to watch your team play football isn’t merely about watching football. It is about everything else that goes with the experience and the identity of being that club’s supporter. The quality of football is largely irrelevant to this. And if you’re not going to see great football, then you’re never disappointed, never put off. It’d be nice if the team won and did well, of course it would, but it isn’t axiomatic to your continued presence.

Those people who support successful clubs simply because they are successful presumably do so for the reflected glory. They must have a deep psychological need to be allied to success. Maybe it boosts self-esteem. It’s a need that those of us who spend time in the boondocks just don’t have.

We see great value in following our clubs, regardless of silverware achievements. Support is wrapped up in more rootsy things like community, heritage, regionalism, identity and family. Supporting a club isn’t a mere leisure activity. It isn’t shopping. It isn’t to do with self-aggrandisement. It’s just about being there: being part of it. And being part of it week after week, year after year, decade upon decade whether in person or even in spirit. That’s what matters. Fans of folding clubs suffer it like a death in the family. It isn’t success they miss, it is Being There.

It is odd in any industry for customers to keep buying something which isn’t any good, is often boring, can be depressing, happens in cold, often wet and uncomfortable circumstances and isn’t even cheap. If you were to propose setting up a business on those principles, no-one would think you had a chance of survival. But football isn’t normal and in an era where money is the be all and end all, that such a spirit lives on, is testament to the game’s fantastic power beyond the supposed elites, beyond wealth, beyond all the marketing and hype. And it is in this dark matter where the soul of football has survived the pandemic, and is where it will always be preserved.