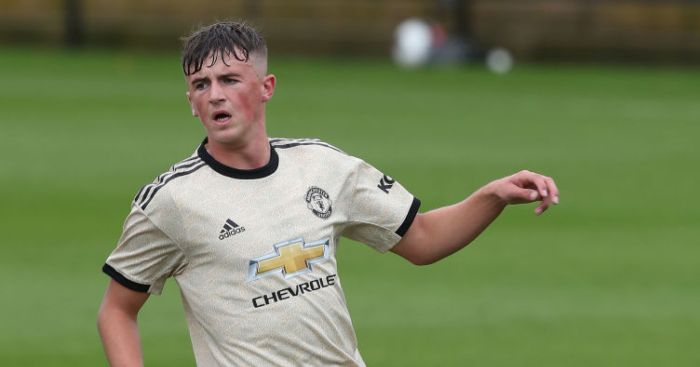 Manchester United youngster Charlie Wellens has trained with the club’s first team ahead of their Europa League opener against Astana.

Ole Gunnar Solskjaer is expected to hand opportunities to his younger players in European competition this season. Or, as The Sun have it…

Mason Greenwood will start against the Kazakhstan side, with Axel Tuanzebe among those expected to be alongside him.

Jesse Lingard and Diogo Dalot could also feature after returning to training from their respective injuries.

Both were seen preparing for Thursday night’s fixture with Paul Pogba, Anthony Martial, Daniel James and Luke Shaw all absent from the main media session.

A feature on Manchester Evening News said that ‘United youth team aficionados have been highly impressed with how comfortable Wellens has looked in midfield’ this month, with ‘hope’ he could ‘rise through the ranks’.