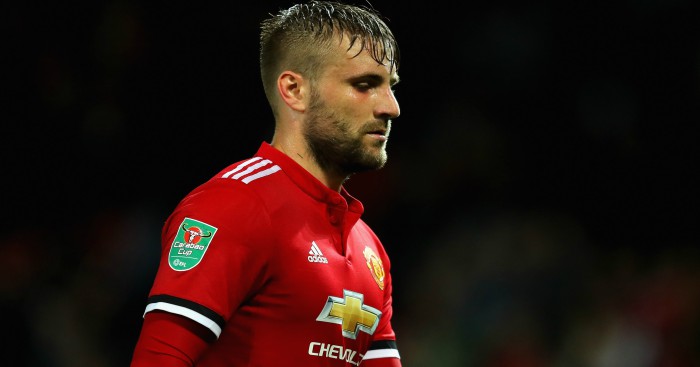 Luke Shaw has been named as one of Manchester United’s two fittest players.

According to a report in The Sun, Antonio Valencia and full-back Shaw have come out on top in terms of endurance and stamina.

It’s a surprising finding that 22-year-old Shaw has come out on top when you consider he has not made a Premier League appearance this season and the sum total of his action has been 47 minutes in the Carabao Cup.

The former Southampton man has struggled for game time at Old Trafford and Mourinho, has on numerous occasions, referenced his below-par fitness.

After Shaw failed to be named as a substitute for a 0-0 draw with West Brom on April 1, boss Jose Mourinho said: “I cannot compare the way he trains, the way he commits, the focus, the ambition. I cannot compare. He is a long way behind.”

But Shaw and 32-year-old winger-turned-full-back, Valencia have emerged as joint number ones in regular testing at Carrington.

A Carrington insider told The Sun: “Luke and Antonio are the best when it comes to actual endurance and stamina.

“Zlatan Ibrahimovic and Paul Pogba might be the strongest in terms of their obvious size and physicality, but Luke rates much higher in terms of overall fitness.”

Shaw was also criticised last November after failing to make himself available for the game against Swansea.

“Luke Shaw told me this morning that he was not in the condition to play so we had to build a defensive line,” fumed Mourinho.

Shaw’s future at Old Trafford looks doomed and he will reportedly be allowed to leave on loan in January with Newcastle and Southampton leading the way for his signature.