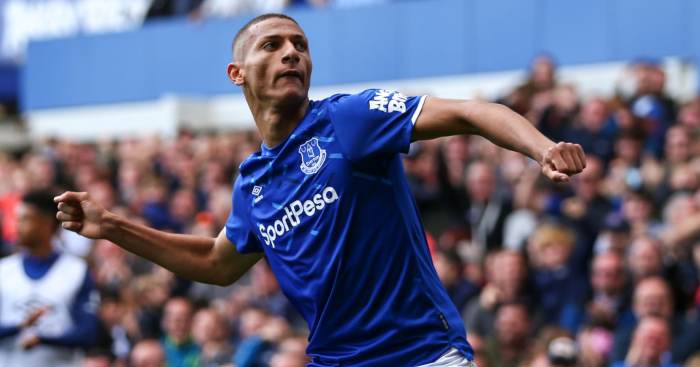 Everton forward Richarlison has been named in a report among seven possible Manchester United targets.

One other report on Wednesday has already claimed that the Red Devils have ‘agreed personal terms with an unnamed target’ ahead of a move in the January transfer window.

Man Utd have had a poor start to the season and Ole Gunnar Solskjaer’s side have picked up just five Premier League points from the last 18 available after slipping to Saturday’s 1-0 loss at Bournemouth.

United appeared to be building some momentum on the back of three successive away wins in three different competitions but their mini-revival was ended at the Vitality Stadium by former player Joshua King.

The south coast setback leaves the Red Devils with only 13 points from 11 top-flight games – their lowest total at this stage of a season for 33 years – and piles pressure back on manager Solskjaer.

That form means United’s hierarchy will back Solskjaer in the January market with the Evening Standard claiming the club are looking for ‘a different type of X-factor’ in the winter window.

The Premier League side are looking for an ‘X-factor derived from’ Darren Fletcher’s ‘remarkable levels of consistency’ rather than a big name with a huge price tag.

Mario Mandzukic, who now seems more likely to join AC Milan than United, ‘remains a consideration’ while the Evening Standard adds that Everton’s Richarlison is ‘closer to what Solskjaer is looking to build his forward line around’.

Emre Can and James Maddison are also players ‘being monitored’ and the report continues by naming Moussa Dembele and Erling Haaland as targets.