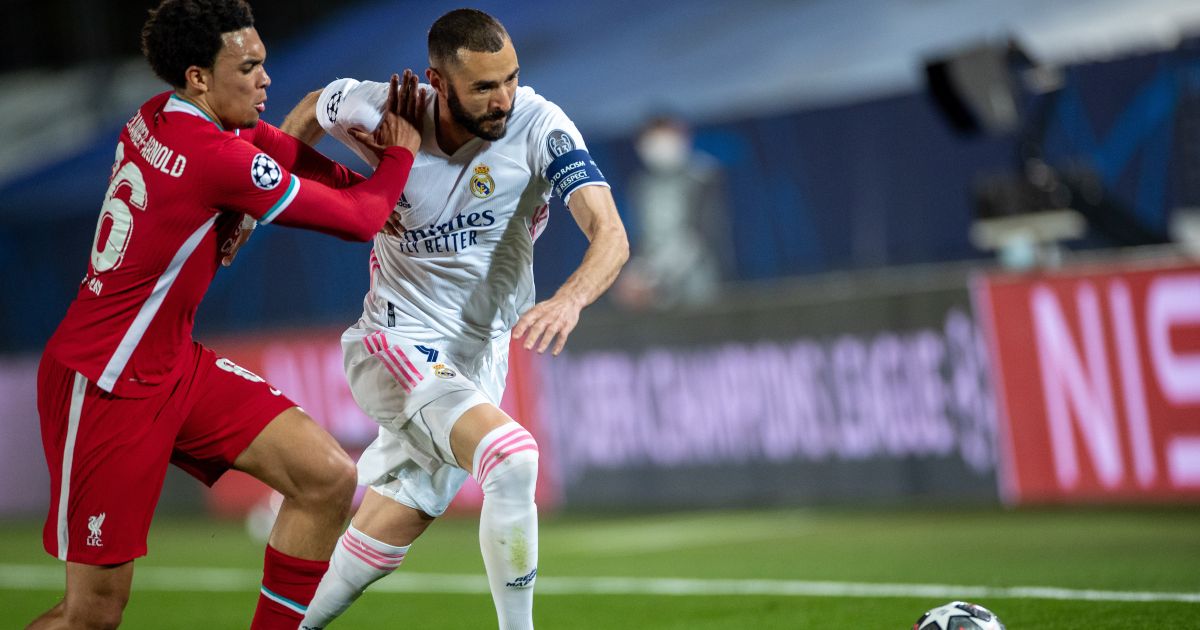 Chris Sutton is beginning to understand why Gareth Southgate left Liverpool defender Trent Alexander-Arnold out his England squad after his poor defensive display against Real Madrid on Tuesday night.

Alexander-Arnold produced a wonderful display as Liverpool beat Arsenal 3-0 over the weekend but he followed it up with an awful first-half display as Jurgen Klopp’s side lost 3-1 to Real.

The right-back headed the ball into the path of Marco Asensio for the Spanish side’s second goal, while his positioning and defensive display was way below par.

Former Blackburn Rovers and Celtic striker Sutton admits he thought it was “harsh” for Southgate to leave Alexander-Arnold out his recent England squad but is now starting to understand why he made that choice.

Sutton wrote in the Daily Mail: “We saw the best of Trent Alexander-Arnold against Arsenal.

“That second goal could be a killer for Liverpool in this competition, as he provided a very unfortunate assist for Marco Asensio with a mistimed header.

“It was not entirely down to Alexander-Arnold that Jurgen Klopp’s side found themselves trailing 2-0 at half-time.

“Liverpool’s team as a whole could hardly string three passes together. Then Mohamed Salah got that goal and Liverpool’s spirit was lifted.

“But then Real helped themselves to another. It will go back to Anfield, where Klopp needs another one of those special nights from his side if they are to make something of this season. ”