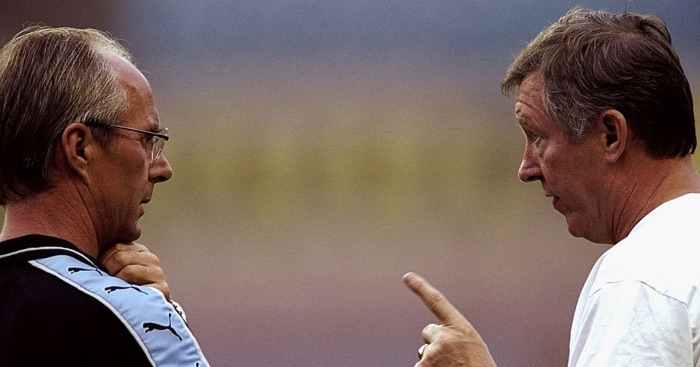 Sven-Goran Eriksson has revealed the full extent of his bust-up with Sir Alex Ferguson in 2006 over Wayne Rooney’s inclusion in his World Cup squad.

There were major doubts over the fitness of England’s greatest goalscorer as he was recovering from a fractured metatarsal.

Ferguson wanted Rooney to be left out of the squad, and when Eriksson ignored him he felt the wrath of Manchester United’s legendary manager.

“With Alex, the amazing thing was it was seven o’clock in the morning or earlier. Always. When he was angry,” Eriksson told The Sunday Times.

“And never ‘Hello Sven, how are you?’ It was “whuurssshhhh” [yelling]. I thought he should kill me.

“He said, ‘I will kill you. You are finished’. But I represented England and you have to stand up.

“And he was screaming. Whenever he got like that . . . it has no meaning.

Rooney produced a series of flat performances at the tournament, suggesting Ferguson was right to be concerned over his star striker’s fitness.