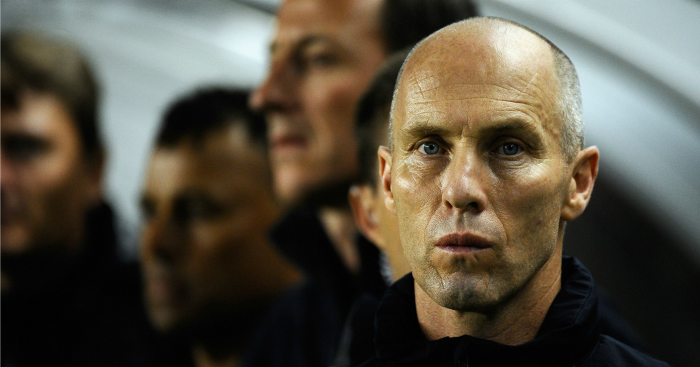 Ryan Giggs had been touted as a potential replacement for Guidolin, whose job is understood to be in threat with Swansea having failed to win in the Premier League since their opening match of the season.

Swansea’s new American owners are reportedly reluctant to make a managerial change so soon after taking over, but Jenkins appears to be lining up a successor for the Italian.

According to the BBC, Jenkins met Bradley, who is currently manager of French second division outfit Le Havre, at Bristol Airport.

The 58-year-old spent five years in charge of the USA and has since had spells with Egypt and Norwegian outfit Stabaek, before signing a two-year contract with Le Havre last November.