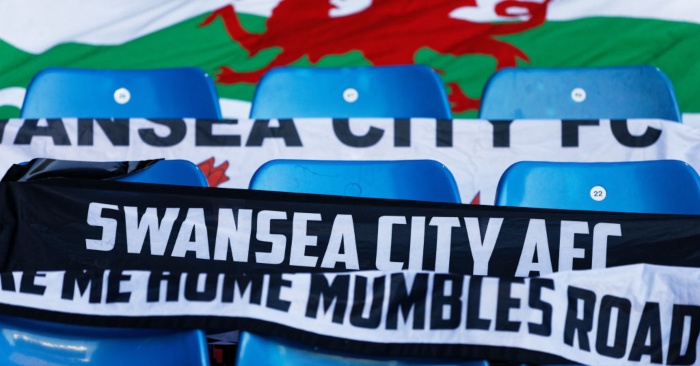 On a grey Saturday afternoon in February, before Swansea City’s home match against Millwall, a group of disillusioned supporters marched from Castle Gardens to the Liberty Stadium. As they headed up High Street and New Cut Road, fans chanted their anger about Swansea’s ownership and lack of investment. ‘No ambition, no investment. Sold out,’ read the most prominent banner.

Four days later, the Swansea City Supporters Trust released a statement to dispute claims made by the American owners about their failure to engage in mediation regarding a legal battle about the sale of shares. Majority shareholders Steve Kaplan and Jason Levien insisted that the Trust had refused to meet with them; the Trust claimed that Kaplan and Levein had refused to attend the meeting in person. Swansea City was in civil war.

Since then, not much has changed at Swansea. This summer, they sold players worth £34m including their brightest academy talent (Daniel James) and their best centre-forward (Oli McBurnie). The only arrival for a transfer fee was Kristoffer Peterson, a left winger signed for £500,000 from Heracles who has yet to start a league game. Over the summer, their manager left for a better offer, partly because he grew weary of fighting the tide. Mistrust between supporters and the club still rumbles on. The longer it continues, the less likely the eventual truce.

Oh, well, there is one thing that’s different: Swansea City are top of the league.

A football club quickly drops out of public consciousness having departed the Premier League. That is particularly true for those clubs who sit in proudly unfashionable parts of the UK, far away from the bright lights and disposable incomes of London. Swansea City were in the Premier League 16 months ago. It already feels like years.

The slow decline of this club was instigated through the loss of its identity. There was once a Swansea Way, a style of play that came to define the most successful era in the club’s history. Blur out the shirts and names, and you could still pick out Swansea.

This is how – perhaps the only way – a provincial club can punch above its weight until it belongs in the higher weight division through merit and reputation. Swansea were smarter than their peers, but they were also committed to a long-term plan that ensured the departure of managers and players were not terminal to the greater good.

Swansea killed that identity, and in doing so allowed the golden egg to crack. Unlikely escapes from relegation were secured in 2015/16 and 2016/17 under Francesco Guidolin and Paul Clement respectively, but shambolic recruitment following the 2016 takeover eventually caught up with them. Andre Ayew and Wilfried Bony were signed on bumper contracts for more than £30m, and then an extra £32m was spent signing Sam Clucas, Roque Mesa and Renato Sanches (on loan) in the one area of the pitch that Swansea already had cover. The result was an unedifying mush, passing football replaced by nothing at all.

Kaplan and Levien have admitted their mistakes, but admission should not provide a barrier to staunch criticism. Former chairman Huw Jenkins, forced out of his position in February, must share the blame. Hands-off owners needed an effective middle man, and Jenkins fell short of expectation following his initial success. Supporters could see Swansea’s fate unfolding before it happened.

Mistakes at clubs like Swansea mean more than elsewhere. The stereotype is that increased financial muscle allows you to buy your way to success, but it also insures heavily against repeated errors. If a Big Six club gets two, three, four or more high-profile signings wrong, it is possible to cover the cracks with expensive wallpaper. At Swansea, those mistakes hold you like a straitjacket. Expensive contracts tick down at a glacial pace, curbing enthusiasm for two or three years down the line. Since relegation, Swansea have sold players for fees of over £80m and spent just £6m on transfer fees.

In those circumstances, Graham Potter did a fabulous job last season and one that fully justified his own promotion. Potter put faith – partly through necessity – in the club’s academy graduates and took Swansea to within nine points and four places of the play-offs. Managing the toxic off-field atmosphere and the firesale of his squad with settling his family back in the UK is no mean feat, and Potter admitted that he hadn’t expected to find such an imbalanced, unhappy club. He laid the foundations for this remarkable start.

But if Potter started the Swansea recovery plan, Steve Cooper has picked up the mantle. At the age of 39, this is his first job in senior football having headed up Wrexham’s academy, coached Liverpool’s academy sides and managed England at Under-16 and Under-17 level. If Cooper conceded that he was nervous about taking on his first challenge at senior level, initial results have been astounding.

Hull, Preston, QPR, Birmingham City and Leeds United; Swansea have won five of their six Championship fixtures and drawn the other, scoring nine goals in two EFL Cup matches. They have proven themselves to be an effective counter-attacking team by using quick wingers that stream forward, and have the defensive resilience to protect a lead.

Seven of the players used in the 1-0 victory at Elland Road were aged 23 or under, but it is the form of two older members of that team which stands out most. Borja Baston had not started a league game for Swansea since December 2016 and Ayew spent last season in Turkish football. Somehow Cooper has integrated both back into Swansea’s set-up and has them both firing. At the back, Joe Rodon looks like the next young Championship defender to be targeted by Premier League clubs.

Swansea’s problems have not magically disappeared with a run of positive results. At times Potter struggled to be heard above the noise and Cooper will surely suffer the same fate as this season continues. That is the reality of life in comparative austerity. Progress and positivity face an increasingly difficult battle to avoid being suffocated.

But the dismal rations on which Swansea supporters have learned to survive only makes the crumbs of comfort taste sweeter. Gone are the passing triangles, the intense pressing and Swansea-lona, probably never to return. But ask each of those supporters who jumped with joy at Elland Road and Loftus Road, and they will tell you that Swansea City, somehow, has an identity again. Swansea City fights against the limitations of parsimony and makes the best of its bad lot.

That identity alone will not be enough to get Swansea back into the Premier League, or even smooth over the systemic mistrust that still exists. But it can at least be the fuel for the healing process to continue, if the owners allow it. Without an identity, Swansea City were nothing. With an identity, they can try and be something again.