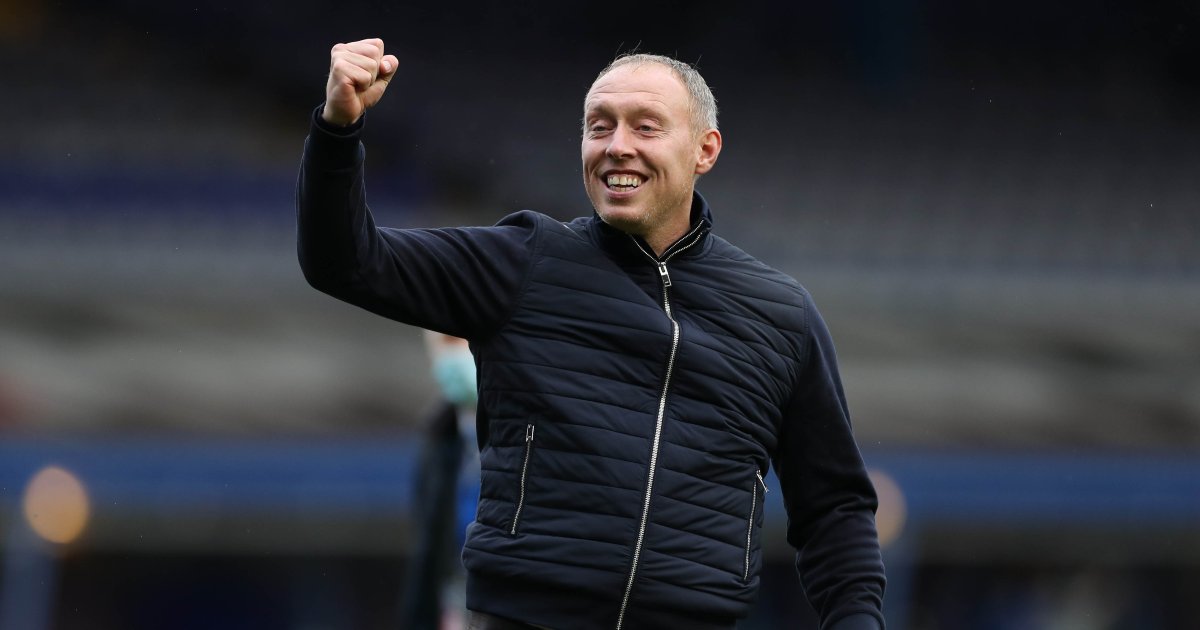 The paths of Nottingham Forest and Swansea City have largely run in opposite directions in recent years, but when Steve Cooper’s new Forest side visit his former employers this weekend, the two are neck-and-neck in the second-tier standings.

That the former come into this fixture at the near-halfway mark of the 2021/22 season one place and one point better off than the Swans is testament to manager Cooper’s decision to part company with the Liberty Stadium outfit in the summer and take over struggling Forest just months later.

Under Cooper, Swansea reached the Championship play-offs in each of his two seasons at the helm, losing out to Brentford at Wembley in his final game in charge, while Forest spent those seasons failing spectacularly to stay in the top six at the expense of Swansea and then fighting relegation under Sabri Lamouchi and Chris Hughton until September.

With 21 games of this season played, the two now meet in near-inseparable proximity and records with more similarities than differences. With both having started the season in poor form – Swansea adjusting to life post-Cooper while Forest awaited their saviour to rescue them from the disaster that Hughton’s time at the City Ground had become – the pair are very much entrenched in mid-table security.

Six of the most underrated Championship players this season

Neither club was ready for promotion like eventual promoted clubs Fulham and Brentford, and that comes with the caveat of the Cottagers being relegated and the Bees far from completely safe.

Still now, neither of these clubs are ready for a shot at the Premier League. The short-term success and euphoria it would bring pale into insignificance at the ‘return below square one’ each club would occupy on their almost-certain relegations back to the Championship.

Instead, both Forest and Swansea should be relishing this season for what it is – a transition to something potentially greater in the long run. Swansea had Graham Potter for one season and Cooper for two since returning to the Championship, both achieving far more than the off-field calamities in south Wales should have allowed, while Forest have perennially been short-term thinkers when it comes to managerial and transfer decisions.

Right now, both are on relatively solid footing. New boss Russell Martin has implemented his super-sweet style of play on the Swans which he was close to perfecting at MK Dons before jumping ship in the summer, while Forest have shot up the table under Cooper.

That Cooper left Swansea in the summer despite successive top-six finishes spoke volumes about the direction in which he saw the club headed, particularly with the impending departure of talisman Andre Ayew to follow. That Cooper took up the mantle at one of the Championship’s consistently poorest-run clubs was more of a shock.

One defeat in 13 outings has made everyone connected to Forest appreciate how lucky they are to have him. It is not a feeling mutually shared by a large portion of the Swansea fanbase, who had long since grown tired of Cooper’s football methods and style of play – a pale imitation of Potter, Martin and even his own first season in charge.

In their current employees, both clubs have got what they wanted and what they needed. On Saturday, there need be no animosity nor hatred in the direction of Cooper. Instead, there should be appreciation that while this season will likely have little drama for either at the right and wrong ends of the table, it could be the start of much better journeys if both men continue their work at the City Ground and Liberty Stadium.

Swansea supporters have been spoiled by some brilliant football in those parts over the past decade and a half, and Martin is perhaps the epitome of that. His style of play and unorthodox methods were never likely to reap instant rewards. A 19th-placed finish was followed by 13th in Martin’s one and only full season in charge at the League One Dons. A similar finish is the most likely outcome this time round, but the reason why Martin’s departure from stadium:mk hurt so much was largely down to the Buckinghamshire club being installed as one of the favourites for promotion from the third tier. If the Swans can keep Martin at the club beyond this summer, there could be similar shouts for Swansea to be in promotion conversations next season.

Cooper’s management is based far more on results than a strict style of play. For Forest, who had spent the majority of the time in a world affected by Covid addicted to defeat – and indeed much of the preceding decade too, save for Lamouchi’s first half-season at the club – winning games and being stubborn enough to pick up points when playing badly has Forest fans believing in a world where they can make it back to the top flight after more than 20 years away.

As Forest and Swansea prepare to meet, and Cooper faces up to the ghost of his managerial past, everyone connected to both clubs should simply be thankful for what they have got.