Home All The News Swansea put Britton in temporary charge 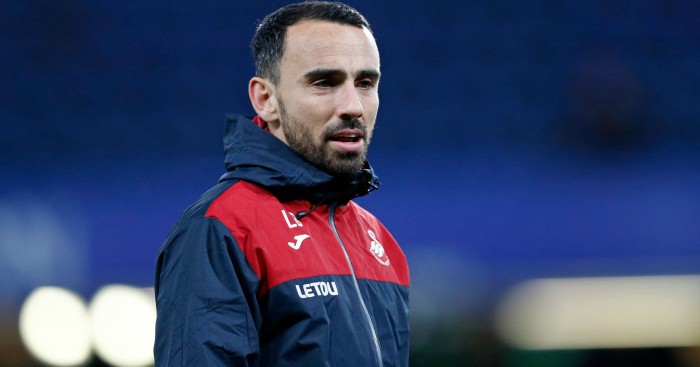 Long-serving midfielder Leon Britton has been put in caretaker charge of Swansea and will oversee Saturday’s match against Crystal Palace.

Britton will take temporary charge after the sacking of Paul Clement on Wednesday evening.

The Swans are said to be keen to speak to Ronald Koeman and Slaven Bilic as they seek to fill the vacancy but, in the meantime, Britton will step in.

The Welsh outfit said on their official website: “Swansea City can confirm that Leon Britton will take charge of Saturday’s Premier League clash with Crystal Palace at the Liberty Stadium.

“Britton, who stepped into a player-coaching role last month after 15 years at the club, will be assisted by under-23 coaches Gary Richards and Cameron Toshack. Goalkeeping coach Tony Roberts will also continue to assist. The quartet took training this morning.

“Further details on the managerial search will follow for supporters in due course.”