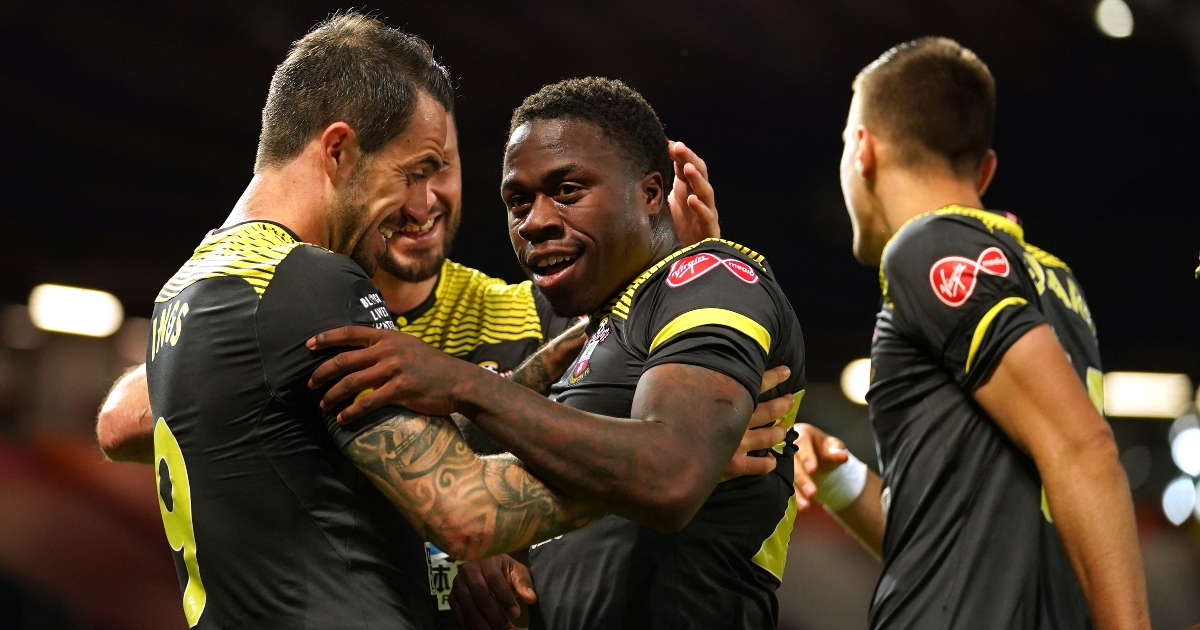 The 21-year-old has become the Swans eighth signing of the summer transfer window.

He was their second deadline day deal after confirming the loan signing of Liverpool defender Rhys Williams.

Williams signed a new deal at Anfield before crossing the border to sign for Swansea.

The youngster told the club’s official website: “I am buzzing, I have heard nothing but good things about the club and the manager from a few of the lads back at Liverpool, so I am delighted to be here.”

Obafemi was poised to join the Welsh club on loan in January 2021, but an injury prevented the move from happening.

He started his career in Watford’s academy and was released by the club at the age of 13 before taking a break from football.

After a successful trial with Leyton Orient, he joined Southampton in 2016.

During his time at St Mary’s, he made 39 appearances – 32 of which came in the Premier League – and scored five goals.

After scoring in a 3-1 win against Huddersfield Town in December 2018, Obafemi became the club’s youngest-ever scorer in the Premier League.

Obafemi is also a Republic of Ireland international and has one cap for his country.

The striker was linked with a move to Blackburn Rovers earlier this summer after the Championship club sold Adam Armstrong to the Saints.

He told Hampshire Live: “The latest with Obafemi is that he is our player and he is a young player with potential.