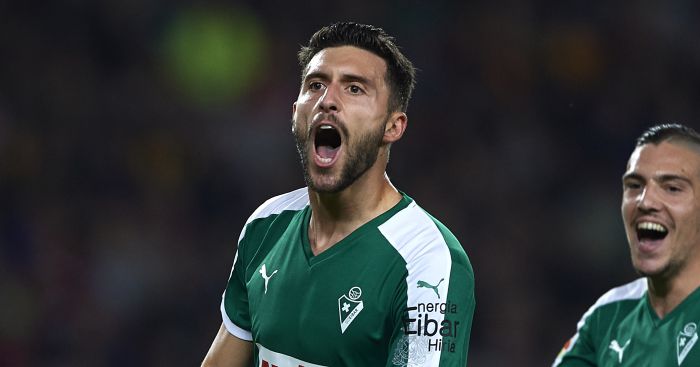 “The 23-year-old, who will wear squad number 10, has penned a four-year deal after undergoing a successful medical today,” Swansea announced on their official website.

The former Spain Under-19 international played only once for Atletico after his progress was slowed by a serious knee injury.

But he had successful loan spells at Murcia, Huesca, Deportivo La Coruna, Real Zaragoza and Eibar, scoring 18 goals in 36 LaLiga appearances for the latter last season.

“There is pressure, but it is good pressure,” said Borja, who could be available for Swansea’s opening Premier League game at Burnley on Saturday.

“I want to repay the transfer fee paid for me with good performances and results.

“It’s difficult to set a target of goals, but my mantra is take it goal by goal. Hopefully I can score a lot of goals.

“It is the most important decision of my career.

“I want to settle and spend several years here.

“I am very happy to be here. I am eager to contribute to the success of the team.”

“There has been a lot of success with Spanish players here. I hope to do the same for Swansea,” said Borja.

“It is great for me to have Spanish players in the team, but I want to learn English as quickly as possible to integrate into the team and get to know my team-mates.

“I would love to play this Saturday, but I will have to speak to the manager (Francesco Guidolin) to see if he wants me to be involved.”