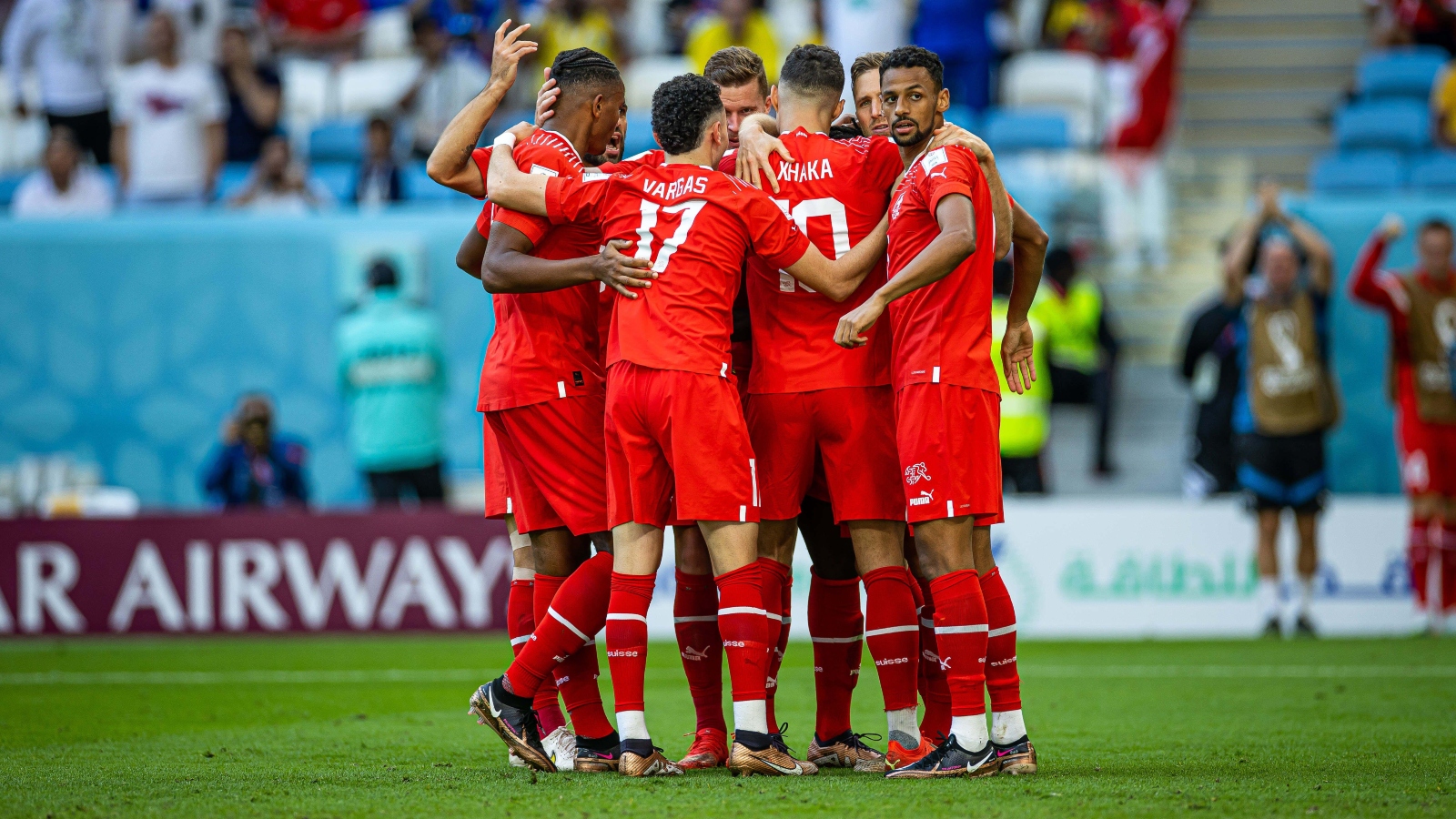 Breel Embolo scored the only goal of the game against the country he was born in as Switzerland beat Cameroon 1-0 at the World Cup.

Embolo’s close-range finish proved the difference, and while his celebration was understandably muted, he was mobbed by his ecstatic team-mates for scoring what could be a vital goal with tough tests against Brazil and Serbia to come.

Cameroon had the better of the first half but it was ultimately an eighth successive World Cup finals loss for Rigobert Song’s team.

They now face an uphill struggle to reach the knockout phase, with this team looking a pale imitation of the brutal but brilliant side which broke new ground for Africa as quarter-finalists at Italia 90.

The game got off to a cagey start, with Cameroon the first to threaten in the 10th minute as Brentford forward Bryan Mbeumo burst clear onto a through-ball.

His shot was parried away by Switzerland goalkeeper Yann Sommer, and Karl Toko Ekambi blasted the rebound over the bar.

The Africans were in again four minutes later as Switzerland’s Manchester City defender Manuel Akanji had his pocket picked by Eric-Maxim Choupo-Moting.

The Cameroon captain, now with Bayern Munich and formerly of Stoke, darted forward but failed to make a clean connection on his shot and Sommer was able to keep it out.

Martin Hongla had a shot pushed wide for a corner after good approach work between Mbeumo and Choupo-Moting, and Switzerland right-back Silvan Widmer made a vital interception to cut out Collins Fai’s low cross from the right with Toko Ekambi lurking.

Embolo bore down on goal in the European side’s best opening with six minutes of the half to go, but a well-timed challenge by Jean-Charles Castelletto stopped him.

Akanji rose high to send a header wide from six yards as the half drew to a close.

Switzerland forged ahead in the 48th minute. Remo Freuler found space in the centre of midfield, spread the ball wide to the right and Xherdan Shaqiri picked out Embolo with a low cross for the Monaco forward to slot home.

Choupo-Moting wriggled clear of his markers on the right touchline in the 57th minute but Sommer blocked as he tried to cross it into the six-yard box.

Switzerland twice went close to a second as the half approached its midway point, Cameroon goalkeeper Andre Onana beating away a drive from Ruben Vargas after more good work down the right from Shaqiri, and Zambo Anguissa getting a vital touch to deny Embolo turning in from the resultant corner.

Late substitute Fabian Rieder almost made an instant impact as he tried to pick out Haris Seferovic, on for Embolo, with a low cross from the left but the forward was just unable to make contact.

Swiss skipper Granit Xhaka’s low shot from outside the box was held by Onana and Seferovic was denied by a brilliant last-ditch block by Castelletto, but Murat Yakin’s team had already done enough.