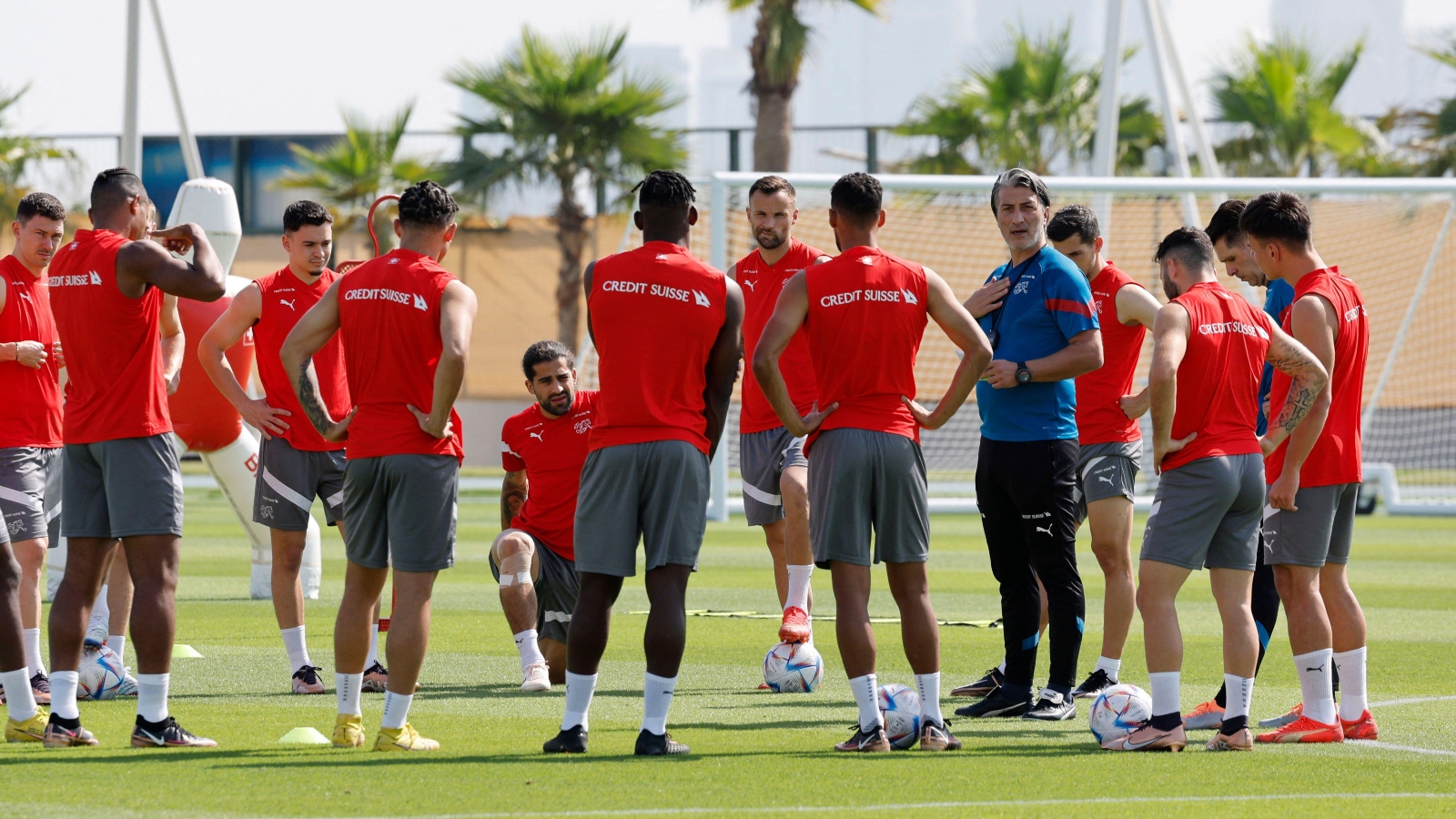 Speaking ahead of their World Cup opener against Cameroon on Thursday, Switzerland boss Murat Yakin has said the current national team is the greatest to exist in the country’s history.

The Swiss have not reached the quarter-finals since they hosted the tournament in 1954 but, having emerged undefeated through qualifying, Yakin has urged his side to make the most of what he considers an unprecedented opportunity.

“I think we are the best Switzerland national team that has ever existed – we have fantastic players who play abroad and I am convinced we will perform our best World Cup ever,” said Yakin.

“I think we have a great team with a great team spirit that has been built for the last couple of years. Football-wise we have improved a lot, and now we want to write history.”

Switzerland’s hopes have been further bolstered by the form of captain Granit Xhaka, who joined up with the team having helped Arsenal to the top of the Premier League by the mid-season break.

But while Xhaka admitted his experiences with his club have boosted preparations for the tournament, he will not let success with the Gunners deflect from what he hopes will be more glory on the international stage.

“I think my club has had a great season but I always say the national team is something different,” said Xhaka. “Of course I’ve got major self-confidence, and I will try to pass it on to my team-mates.”

Switzerland will face a Cameroon side who have failed to pick up a point in either of their previous two finals appearances – campaigns which were often racked by in-fighting or rows over financial reward.

They are coached by former Liverpool and West Ham defender Rigobert Song, who played in four finals and boasts the unwanted records of being both the youngest player to be sent off, and the first to be dismissed at two different finals.

Song believes the off-field issues that have blighted the Indomitable Lions’ attempts to recreate their magical run to the 1990 quarter-finals have been solved, giving his side hope of recreating former glories.

“We are very pleased that after all the mistakes we’ve made in the past, we haven’t had any problems or disputes about wages or money, and things have changed,” said Song.

“They are different periods in our history, times when we weren’t great and there were problems with the organisation behind the scenes, but I do feel that we are now at a very different level.

“As a manager I feel the same as I did when I was a player, but I’m not on the pitch so I have to transmit those emotions to the players to have the same energy, determination and objectives to take our chances.

“Of course, we can always look back to the past and look into history, but now we are in a good position to show what we are capable of in this tournament.”