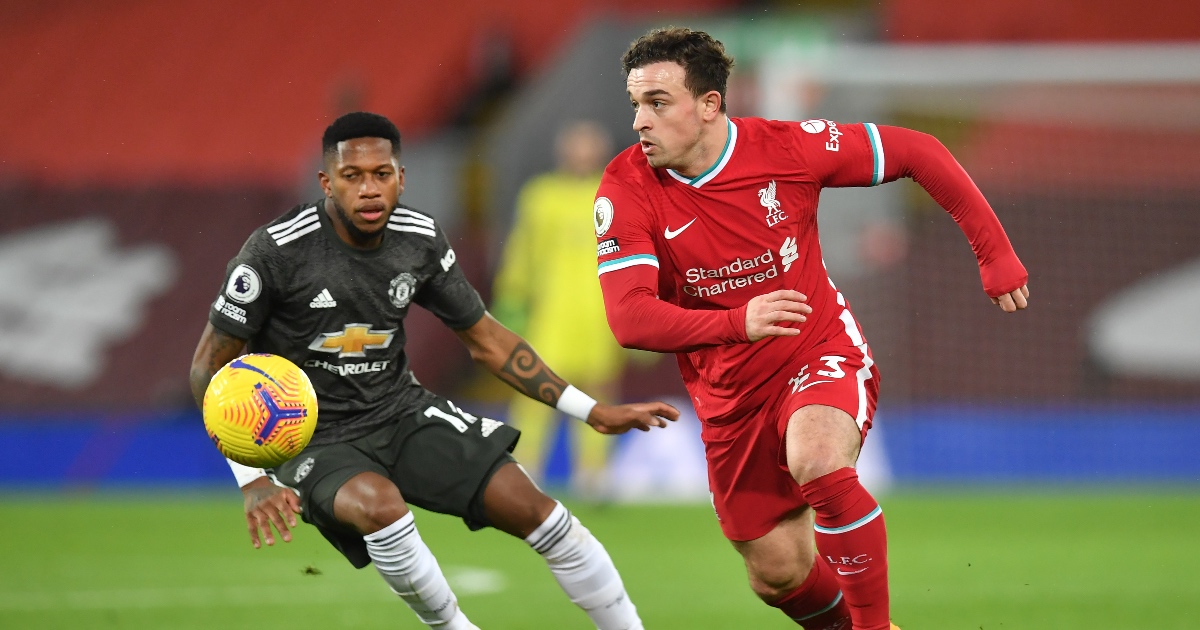 Liverpool have sold Switzerland winger Xherdan Shaqiri to Lyon, in a transfer believed to be worth £9.5million.

The 29-year-old scored three goals at Euro 2020 as Switzerland reached the last eight, where they were beaten by Spain.

He’s been heavily linked with a move this summer after falling down the pecking order at Anfield.

During the 2020/21 campaign, he made just 14 Premier League appearances, registering two assists.

His only goal of the season came in the Carabao Cup third round victory over Lincoln City last September.

A Liverpool statement read: “The Switzerland international finalised a switch that will see him embark on a new chapter in his career with the Ligue 1 club.

Reports in France have suggested that Liverpool will receive just £5.1m outright for his signature. They will earn more in the coming months if certain conditions are met.

Shaqiri joined the Reds from Stoke three years ago. He went on to make 63 appearances for the club in all competitions, scoring eight goals.

Despite being regarded as a talented Premier League player, he usually had to act as backup for the likes of Sadio Mane and Mo Salah.

Shaqiri will now help Lyon in their quest to get back to the summit of Ligue 1. They last won the title in 2008 and will be encouraged by Lille’s ability to knock PSG off their perch last term.

Forwards Diogo Jota and Mane got the goals as they made it two wins from two.

The manager said: “Everybody wants to speak to me about Harvey [Elliott] and I understand absolutely, when an 18-year-old boy plays such a mature game, I can understand that everybody is asking.

“But I was not surprised he played like this. That is exactly how he trained now for six or seven weeks since we are back, since he is back from loan. Yes, it was good.”

When asked about full-backs Trent Alexander-Arnold and Kostas Tsimikas, Klopp added: “Both spectacular, if you want, with two nice (assists) – Kostas with the cross (headed in by Jota) and Trent with the little cheeky curve ball or whatever for Sadio.

“I think everybody thinks both full-backs played a good game in this situation – that means they were defensively good as well.”