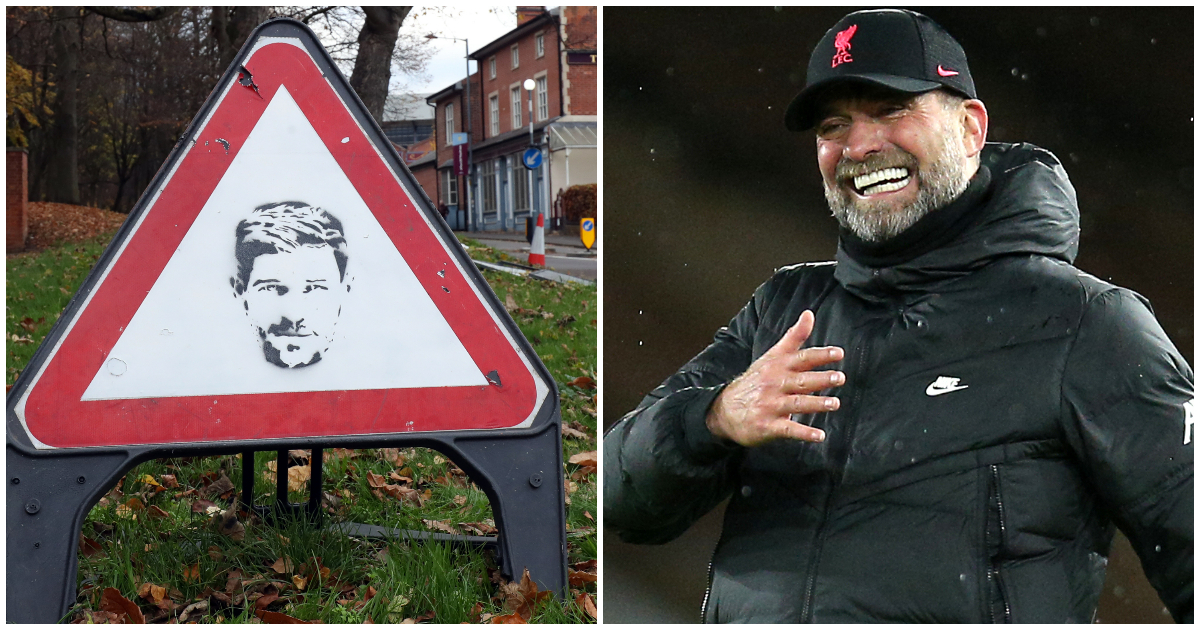 Steven Gerrard must be tactically bold with his new Aston Villa side to avoid defeat on his return to Anfield, says Alex Keble.

Steven Gerrard’s return to Anfield is going to be more or the less the only story you’ll hear in the run up to the game – and also during and after it. Most Aston Villa fans won’t be too bothered by how the media portray the club as Gerrard’s stepping stone – the next ‘Frank Lampard’s Derby’ – as long as performances are good, but even the patient ones will probably find Saturday a little too much to bear.

The headlines are likely to be about an unhappy homecoming. Liverpool have only dropping points at Anfield against Chelsea, Manchester City and Brighton, who came back from two goals down. That latter game gives Villa supporters some hope, however, thanks to the brave tactical switch Graham Potter made to turn the match around.

Villa need courage in their 4-3-2-1
It was the sort of bravery Villa will have to show, and before we get onto the specifics of the tactical battle it is worth noting that Gerrard’s side were outplayed in the first half against Leicester before harsh words at half-time saw them play with considerably more aggression. The same thing happened against Manchester City, the lesson being that Villa need to show faith in their manager’s approach and not fall back into old habits of dropping their defensive line and passively waiting to be beaten.

If they can be assertive, then Liverpool’s high line can be got at. Potter made a switch in the second half at Anfield that meant he had three forwards up the pitch at all times, all stood together and waiting for chances to counter-attack. Jurgen Klopp’s defence couldn’t cope with these numbers, which gave Brighton the chance of dominating in the transitions – dragging them up the field and into the contest.

Villa’s 4-3-2-1, in which two No.10s sit behind a striker, could copy that model as Ollie Watkins holds up the ball and Emiliano Buendia and Ashley Young make movements around him. Then again, it would be a very risky strategy, and Villa are presented with something of a Catch-22 when it comes to their defensive positioning.

Liverpool’s full-backs may find too much space
The main reason Villa turned around the Leicester City game was Gerrard’s decision to move from a 4-3-2-1 when out of possession into a flat 4-5-1; in the first half Leicester’s full-backs had far too much space due to the narrowness of the Villa formation, and by instructing the tens to drop into traditional winger positions Gerrard regained some control.

He might need to start in the 4-5-1, then, to limit the influence of Trent Alexander-Arnold and Andrew Robertson – which of course contradicts the point about leaving three up front (Brighton avoided this issue by having a back five, and thus wing-backs able to push up to meet the full-backs).

If Villa drop into a 4-5-1 they risk becoming timid and too defensive to prevent wave after wave of pressure. If they hold the 4-3-2-1 to counter-attack effectively they risk being dominated on the flanks. Gerrard, an adventurous manager, is likely to pick the latter option.

Mings and McGinn crucial to evading Liverpool’s press
Whatever the system, arguably Villa’s biggest vulnerability is how they deal with Liverpool’s high press. Gerrard expects his players to pass out from the back no matter how much pressure they are under, something that has led to some worrying spells as they acclimatise. Surely Klopp will be devising a pressing trap to target Tyrone Mings – who appears to be under specific instruction not to panic and hoof it down the line as he used to under Dean Smith.

A lot rests on how well Villa can weave out of these situations, because if they do then Liverpool tend to unravel. Should John McGinn have another exceptional game then his ability to turn defenders, using his behind to evade the press in that inimitable style, then Villa stand a chance of breaking the lines and setting that front three away.

Nakamba’s battle with Jota could be crucial
Assuming Villa get their tactical plan right and this is a fairly even contest, then all eyes should be on the head-to-head between Diogo Jota – playing in the false nine role in Roberto Firmino’s absence – and Marvelous Nakamba, the defensive midfielder who has come out of nowhere to shine under Gerrard.

Nakamba had previously looked a little too lightweight under Smith and certainly lacked assurance in possession, but with Gerrard’s greater tactical detail Nakamba is flourishing. He played like N’Golo Kante against Leicester, popping up everywhere to break up the play. His capacity to track Jota as he drops off the front could be the difference for Villa, because if they can block this route then the aggression elsewhere in the middle third of the pitch may be enough to disrupt Liverpool’s rhythm.

Opta stats show that over the last four games, Villa have become the most frequent tacklers in the league and the most frequent pressers of the ball, with most of these focused in the middle third. Liverpool will find it tough to get space in midfield, which may limit their distribution into Sadio Mane and Mohamed Salah – provided Jota is also shut down.