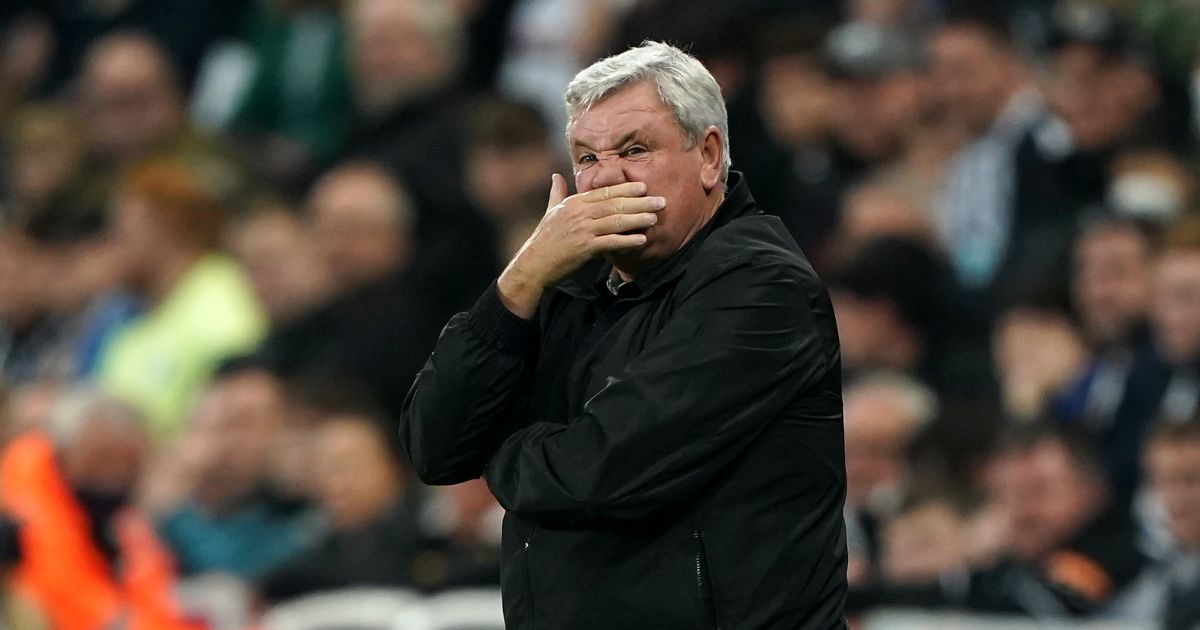 Steve Bruce claims it could be his “last job” in management after the Newcastle United job took its toll on his family.

The Magpies were still looking for their first win of the new Premier League season when the former Aston Villa and Hull City manager left the club by “mutual consent” on Wednesday.

A Saudi-led consortium took over the club just under a fortnight ago with the writing on the wall for Bruce even before their 3-2 loss to Tottenham at St James’ Park on Sunday.

Following huge pressure on him during his time at Newcastle, Bruce is unsure whether he could put his family through similar stress at another club.

“I think this might be my last job,” Bruce said in the Daily Telegraph. “It’s not just about me; it’s taken its toll on my whole family because they are all Geordies and I can’t ignore that.

“They have been worried about me… especially my wife Jan. What an amazing woman she is, incredible, she’s just a fantastic woman, wife and mother and grandmother. She dealt with the death of my parents, hers have not been very well. And then she had me to worry about and what I’ve been going through the last couple of years.

“I can’t take her for granted, she has spent her whole life following me around from football club to football club and if I was to say to her tomorrow, I’ve been offered a job in China, or anywhere, she would say, ‘Steve, is this right for you, do you want to do it?’ And she’d back me again.

“I’m 60 years old and I don’t know if I want to put her through it again. We’ve got a good life so, yeah, this will probably be me done as a manager – until I get a phone call from a chairman somewhere asking if I can give them a hand. Never say never, I’ve learnt that.”

And Bruce admits he felt that Newcastle supporters wanted him “to fail” at the club and that criticism of his style of football was “ridiculous”.

Bruce added: “I really have to thank all the people who have worked alongside me, because I can be demanding and I can be hard work – especially when I was younger. “When we get beat, I get very low, but when you are managing in the Premier League with Birmingham, Wigan, Hull, Sunderland you do get better at dealing with it. You have to.

“By the time I got to Newcastle, I thought I could handle everything thrown at me but it has been very, very tough. To never really be wanted, to feel that people wanted me to fail, to read people constantly saying I would fail, that I was useless, a fat waste of space, a stupid, tactically inept cabbage-head or whatever. And it was from day one.

“When we were doing ok results wise, it was ‘yeah but the style of football is rubbish’ or I was just ‘lucky.’ It was ridiculous and persistent, even when the results were good.

“The best one was to be told we were a relegation team in all but points…this was all in the first season. We finished 13th. It [the criticism and abuse] got even worse in the second year. We finished 12th, 17 points clear of the bottom three.

“I tried to enjoy it and, you know, I did. I’ve always enjoyed the fight, proving people wrong, but that’s all it ever seemed to be. A fight, a battle. It does take its toll because even when you win a game, you don’t feel like you are winning over the supporters.”