Home All The News Taison: I was crying tears of ‘indignation and helplessness’ 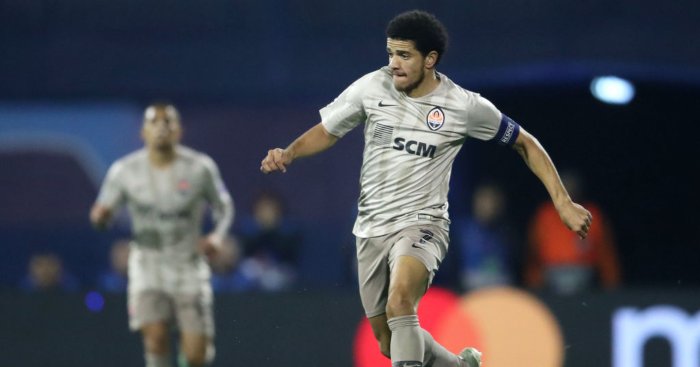 Shakhtar Donetsk captain Taison insists he will never remain silent in the face of such an “inhuman and despicable act” after suffering alleged racist abuse during his side’s match against Dynamo Kiev.

Taison was sent off after reacting to alleged racism from spectators during Shakhtar’s 1-0 home victory in the Ukrainian Premier League on Sunday.

The Brazil international made an offensive gesture towards the away fans and then kicked the ball into their section of the stand before the referee led all the players off the field in the 77th minute.

Video footage shows Taison and Brazilian team-mate Dentinho leaving the field in tears after both had allegedly been targeted, while they were consoled by several Dynamo players.

Taison was shown the red card by the referee immediately after the match – played at Shakhtar’s temporary home at the OSK Metalist stadium in Kharkiv – had resumed.

The 31-year-old midfielder has said he was crying tears of “indignation, repudiation and helplessness” after the incident but promised he would not stop fighting against racism.

He wrote on his Instagram account on Monday morning: “I love my race, I fight for colour, whatever I do is for us, for love…I will never shut up in the face of such an inhuman and despicable act!

“My tears were of indignation, repudiation and helplessness, helplessness that I could do nothing at that moment! But we are taught very early to be strong and to fight! Fight for our rights and for equality!

“My role is to fight, to beat my chest, to lift my head and keep fighting always.

“Thank you all for the support messages!”

Shakhtar condemned the alleged racism in a statement after the match, while their goalkeeper Andriy Pyatov admits the players were left shocked by the incident and said he had never experienced anything like it before.

The 35-year-old, who has won 92 caps for Ukraine, said on his club’s website: “Everyone is somewhat shocked by what has happened in the stands. I’ve seen that for the first time ever. I’ve never thought that people can behave like that.

“We discussed the incident with the Dynamo players in the tunnel. They also have representatives of other nationalities in the team.

“I saw that (Dynamo midfielder Gerson) Rodrigues was also shocked, because this, as it turns out, concerned him as well. The referee had said he would stop the game if this happened again.”

Dynamo said in a statement that the club would not tolerate racism and that they would co-operate fully with any investigation.

They also added: “We consider hasty the allegation of a pre-determined guilt of the fans, when the investigation into the circumstances of this case has not even begun.”