Home All The News Taking the p*ss: Ederson wants goal before end of season 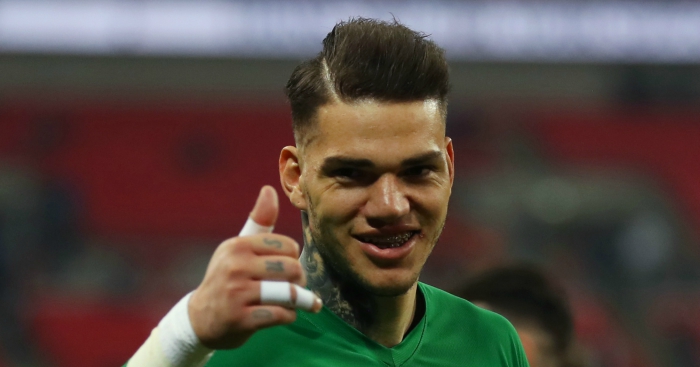 Ederson wants Manchester City to fully take the p*ss by having him score before the end of the season.

City have already been crowned Premier League champions, and are on course to break a number of top-flight records.

Goalkeeper Ederson hopes that he will be able to score one of those record-breaking goals, after supporters implored him to take City’s penalty in the 5-0 win over Swansea on Sunday.

“I heard them chanting my name, asking me to take the penalty, but Gabriel went there,” he told ESPN. “Unfortunately he missed it and Bernardo [Silva], fortunately, scored, but if the manager had asked me to go there, I would have definitely scored.

“I’m not sure if I would be able to do set-pieces, but I’m good at penalties, either using power or technique when I’m shooting. City have their regular penalty takers and we have good options, but if Pep asks me to take it, I’m there.

“Hopefully it will happen (before the end of the season), I’d like to score.”