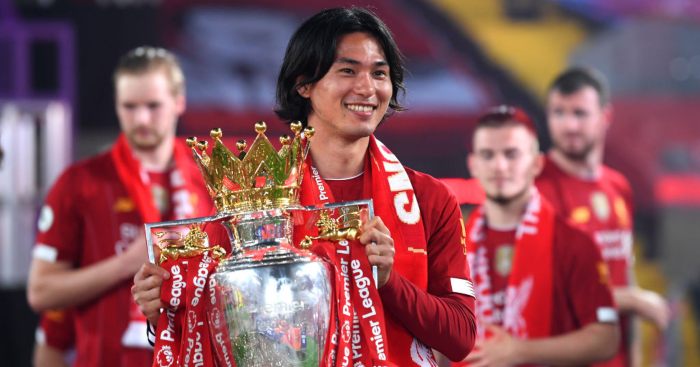 Takumi Minamino says former Man Utd midfielder Shinji Kagawa spoke highly of Jurgen Klopp when he was making his decision on whether to move to Liverpool.

The 25-year-old joined in January from Salzburg, but has only made five starts in all competitions for the Reds, failing to contribute and goals or assists.

“We could win the league and I am so happy I could experience that,” Minamino told Super Soccer in Japan (via the Liverpool Echo). “But I wanted to have goals or assists.

“I pay a lot of attention to them, so it’s regrettable that I couldn’t achieve it.”

Speaking about ‘the truth’ of his transfer to Liverpool, Minamino claimed former Man Utd midfielder Kagawa – who played under Klopp at Dortmund – helped him make his mind up about his move to Liverpool.

“Kagawa said ‘He (Klopp) is a manager who has a good understanding of players’.

“I wanted to listen to the words of Kagawa, who was together with Klopp.”

On Klopp, Minamino added: “In our team, players who can’t play in a match never speak ill of him.”