Home Everton Talk. Listen. Learn. Look after each other 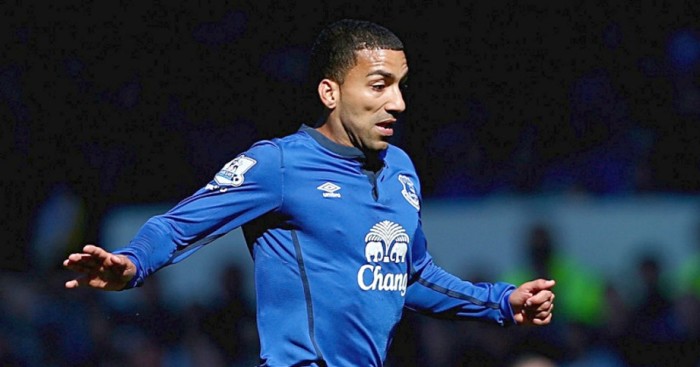 Aaron Lennon is more than just a footballer. He is a human being, and that is where his value lies. I hope the people around him can help him remember that.

As a man, emotions become a difficult thing to process. Many of us struggle. We’re not taught to look into ourselves and understand the swirling mess that’s in there. We think we know. When we’re asked what we’re thinking by bemused partners, we answer ‘Nothing’. When they ask if we’re okay, we say we’re fine. Because that’s what we think we are. We’re not bleeding, therefore we must be okay.

We do anger so very well. But sometimes we’re not angry. We’re just so f**king incapable of recognising sadness that we twist it into fury. All the money in the world cannot stop a person from looking in the mirror and hating the person they see. Glory does not burnish the heart in gold and make it unbreakable. It will not stop the cold from seeping into your soul. And it will not be enough to stop someone from suicide.

Football grounds all over the world are filled with emotion. They are filled with men displaying their emotions. I feel it’s one of the reasons we love it so much. For 90 minutes, we’re allowed to let our emotions go. You’ve probably seen more men cry inside a ground than elsewhere in your life. You may well have seen your dad weep over football; have you seen him cry over anything else?

Talk. Listen. Learn. All we can do is to keep trying. Aaron Lennon, Clarke Carlisle, and the millions of people whose anguish will never make a headline: keep f**king trying. You ARE more than you think. This disease is cruel, but it’s also dishonest. Fight it. Fight it every bloody day. It’s going to be hard. Really bloody hard. But the more you understand this f**king rat inside you, the more you’ll be able to work against it. For some of us, it will always be there. But it doesn’t have to beat you. It doesn’t have to be you.

Look after each other. Be kind. Survive.

thayden – This was originally submitted to the Mailbox, and ‘thayden’ wished to continue using that pseudonym