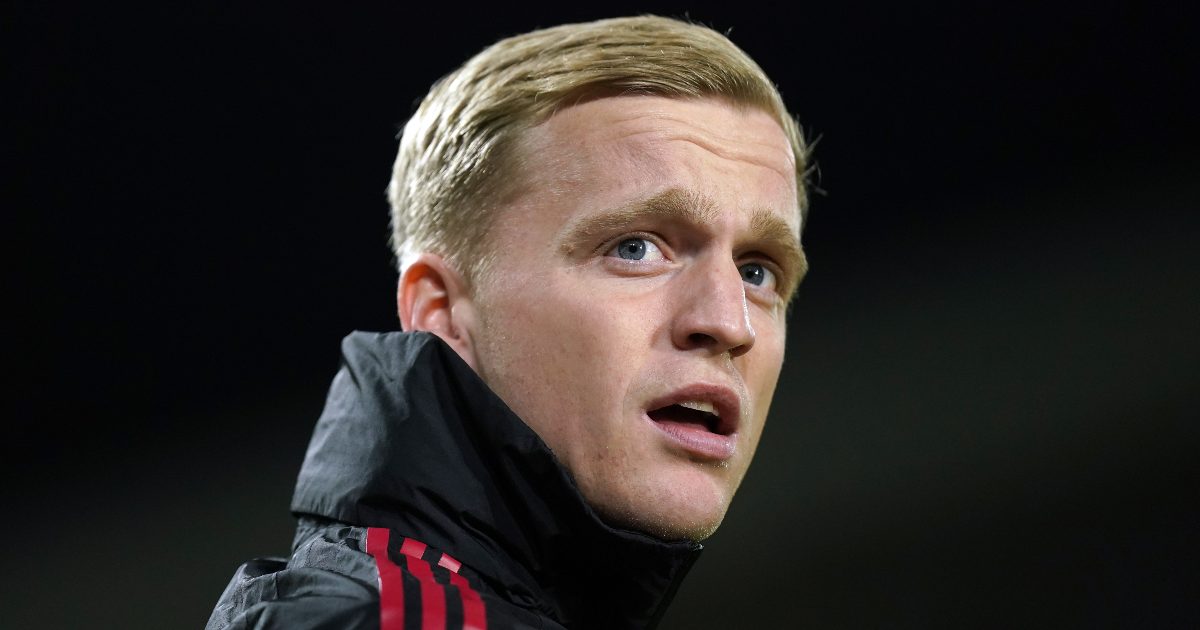 According to reports, “talks are ongoing” between Crystal Palace and Man Utd over a loan deal for Dutch midfielder Donny van de Beek.

The Red Devils signed the midfielder from Ajax in 2020 for an initial fee of around £34m.

This move has not gone to plan as Van de Beek has barely featured for Man Utd over the past year and a half.

The 24-year-old is yet to start in the Premier League this season. His only starts this term have come in the Champions League and the Carabao Cup.

It was revealed on Tuesday that Crystal Palace were ‘pushing’ to sign the midfielder.

Fabrizio Romano has reported via Twitter that “talks are ongoing” between Palace and Man Utd.

If the transfer goes through, it will be a “straight loan”. Palace boss Patrick Vieira is said to be keen to sign Van de Beek:

Patrick Vieira is pushing to have Donny as new midfielder, as revealed yesterday. #CPFC

Speaking earlier this month, Rio Ferdinand said that he had sympathy for Van de Beek:

“Donny van de Beek, I understand someone like him being unhappy but from what I hear not a moaner, he gets on with it and isn’t going to tell his agent to speak in the media or spill the beans so that he looks like a certain type of character.

“Jesse Lingard [too] they just want to play football.

“But then you’ll have another type of player who understands being on the peripheral of a squad, plays minimal games, accepts it and wants to be there for that.

“Then they’ll be players who are going to be bad eggs and say that if I don’t play I’m going to make it uncomfortable for everybody.

“I’m going to come in and change the atmosphere in the dressing room, being a bit rude to people, not being punctual.

“Those players, get out. You go to the manager and tell the manager ‘get rid of that geezer. He’s a disgrace in our changing room, he’s ruining it and he’s going to get beat up at some point.’”