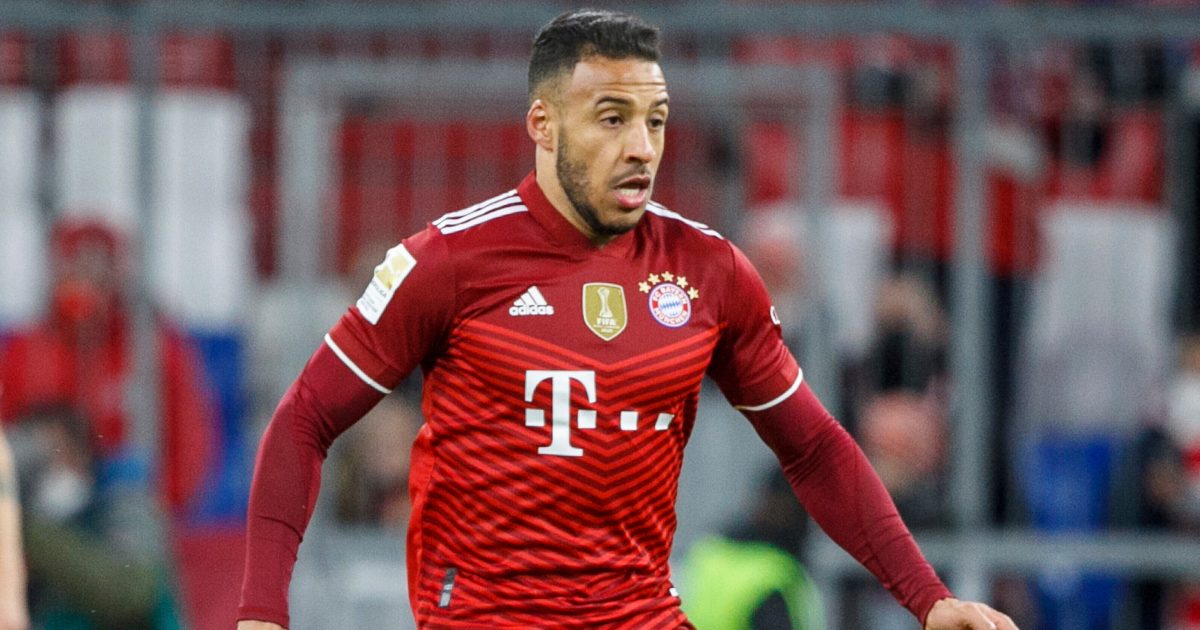 According to reports, ‘talks are underway’ between Bayern Munich and Corentin Tolisso, who has been linked with Tottenham Hotspur, over a new contract.

Bayern Munich splashed out around £35m to sign the midfielder from Lyon in 2017. His contract is due to expire this summer.

Tolisso has only started ten games across all competitions during the 2021/22 campaign.

The 27-year-old was linked with Tottenham ahead of the January transfer window.

L’Equipe (via The Metro) are reporting that ‘talks are underway’ between the player and Bayern Munich over a new contract.

This is despite Tolisso reportedly being available for just £8.5m during the winter transfer window.

If the talks are unsuccessful, the Tottenham target will be available for free this summer.

Antonio Conte was keen for Spurs to sign new players in January. They ended up bringing in Rodrigo Bentancur and Dejan Kulusevski from Juventus.

Elsewhere, Tottenham boss Conte has revealed defender Eric Dier will not be available to face Wolves, stating it is a ‘big loss’:

“No, unfortunately he’s not fit. For sure, he’s a big loss for us,” Conte said. “He needs a bit more time to recover. I hope to have him available for the next game, away at City.

“But for this game, he’s not available.”

With Dier injured Conte says he has no choice but to continue with Cristian Romero for a third game in a week following his own lengthy injury absence.

Son Heung-min will also be involved for a third time in quick succession after his hamstring problem.

“Yeah, but we need them. Yeah I know very well that to play three games in seven or eight days could be, not a risk, but yes taking a bit of risk,” Conte said.

“But we need them, they’re important players for us. Especially behind, at the back, Dier in this moment is out so Romero has to play.

“And also Sonny, we need up front to have him because he’s also an important player. I think I’m not telling you anything stupid, about the importance of these players for us. Yeah, they’re going to play.”