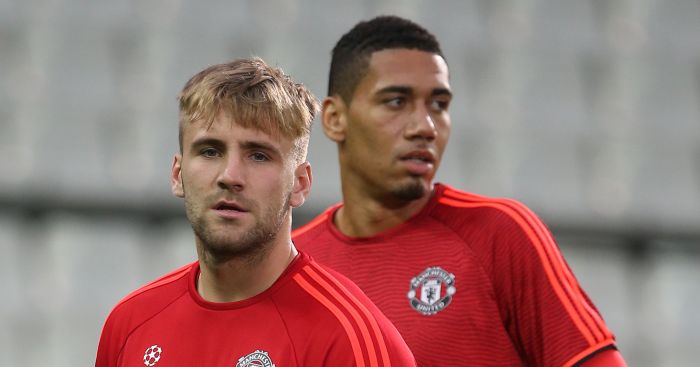 Gordon Taylor says he is “disappointed” with Manchester United boss Jose Mourinho’s comments that he only wants players in his dressing room that are willing to put their “bodies on the line”.

Mourinho had revealed before the 3-1 victory over Swansea that Chris Smalling and Luke Shaw had made themselves unavailable for the match through injury and praised Phil Jones for making himself available despite not training for months.

Although Mourinho didn’t name names, his public criticism seemed to be aimed at the duo, leading to England manager Gareth Southgate saying he left them out of his squad for the matches against Scotland and Spain as there was “obviously something wrong” with them.

And Professional Footballers’ Association chief executive Taylor admits he was surprised by the United manager’s comments.

“I was disappointed by that because, knowing the individuals, they are both highly thought of,” Taylor told Sky Sports.

“They’ve got personal problems which I don’t need to relay, but sometimes a manager needs to be a psychologist as well, and also to be a counsellor because you can’t treat everybody in the team [the same], every manager must know that. Every player in a team is different.

“When you see what happened with Welsh football and Gary Speed, that brings it home to you that somebody can look on top of the world, with no problems, but [in reality] it’s quite different and that’s why we have a 24-hour counselling service.

“We get some 200 calls a year to those lines because a player could be out of the team, he could be injured. It’s a short-term career and we’re all human beings.

“I think that’s what management these days has to be. I’m not talking about being soft, I’m talking about being understanding because to even get to the top in football you have got to succeed as not so many actually make it in the game. Like Steve Coppell said ‘turtles come ashore to lay hundreds of eggs because they know very few get back’.

“Those that do make it have a great resolve and resilience. Those days are gone when we had no substitutes and you were on the wing with a broken leg and still trying to carry on.

“Surely we’ve come beyond that and that’s why it’s important if anyone has a head injury or possible concussion they have to come out of the game. We’ve seen in other sports – rugby and cricket and just recently horse racing, the tragedy of a very serious injury to a jockey who is now paralysed from the waist down.

“Sport is good and it brings people together but there is another side of it which can be quite dangerous and that’s why the people running the game have to be careful with health and safety, and psychological understanding.”