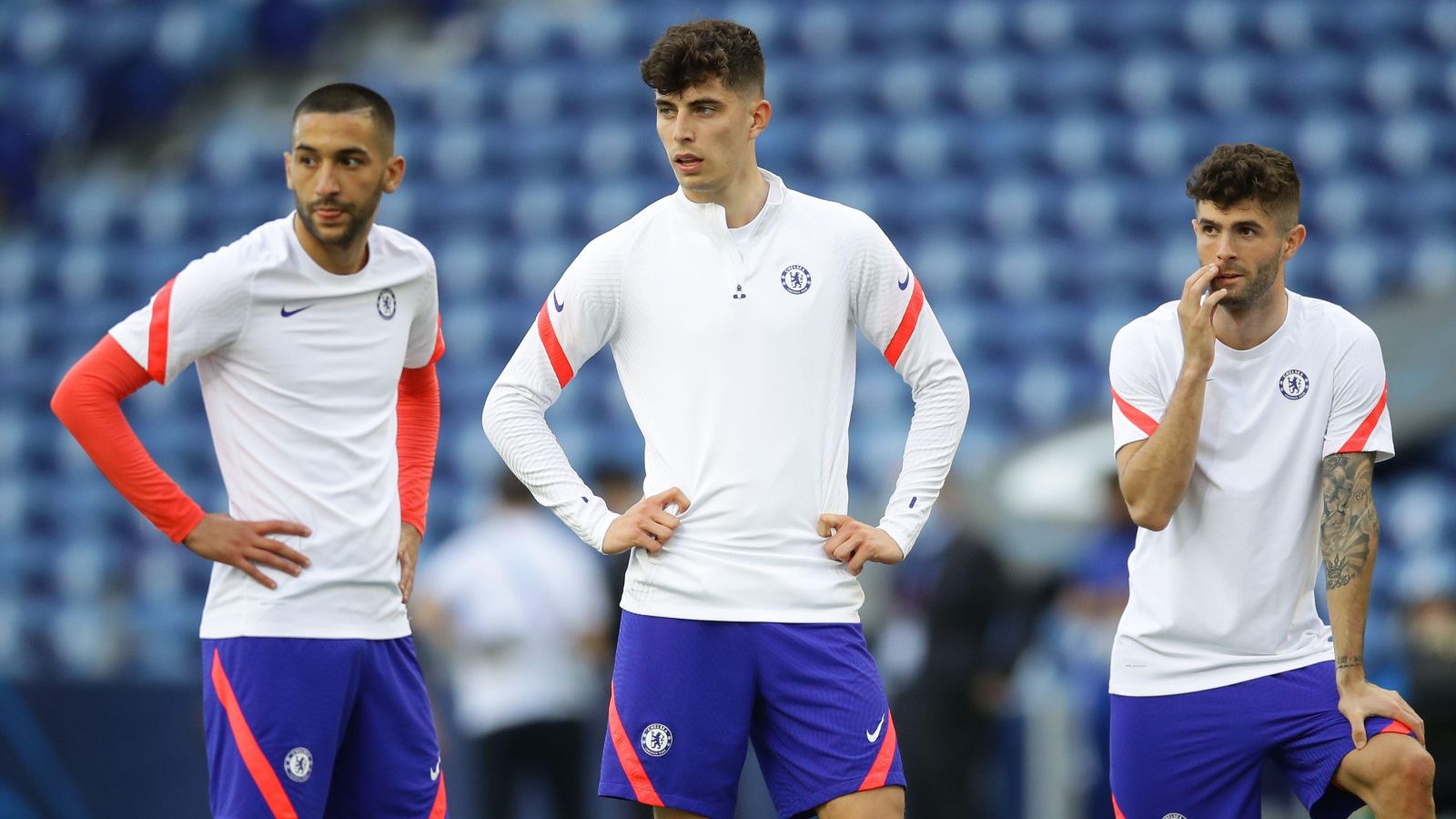 Thomas Tuchel is reportedly ready to ‘rip up’ the Chelsea attack and ‘start again’ having lost confidence in both Hakim Ziyech and Christian Pulisic.

The German boss hasn’t hidden his frustration at his misfiring forwards throughout his time at Stamford Bridge and has often criticised them for their lack of consistency and calmness in front of goal.

READ MORE: Ranking last season’s opening day results by how misleading they turned out to be

The Romelu Lukaku experiment failed spectacularly last season despite may believing the Belgium international would be the final piece of the puzzle.

He’s returned to Inter Milan on loan and is unlikely ever to return and he’s been followed out of the club by Timo Werner, who’s gone back to RB Leipzig for £25m.

Raheem Sterling has arrived to the delight of Tuchel but Chelsea continue to be linked with a number of players to improve their attacking output.

Pierre-Emerick Aubameyang has emerged as an option to replace Lukaku as the ‘proper striker’, while Wilfried Zaha has also been linked as a further forward option.

But The Guardian claim Tuchel’s frustration could see more players leave before the end of the window – he ‘is prepared to rip it up and start again’.

Ziyech, another Blues forward who’s failed to reach anywhere near the heights of his performances before is arrival at Stamford Bridge, has been heavily linked with a move to AC Milan and Tuchel will ‘happily listen to offers’ for the Moroccan.

And the report suggests he could also be willing to part with Pulisic – who’s recently been linked with a move to Newcastle – as he ‘doesn’t trust’ the 23-year-old.

Callum Hudson-Odoi could also be off having told the club he wants to leave amid interest from a reported 20 different clubs.

Despite these issues, Tuchel insists he is happy with the work done so far in the transfer market, particularly the signings of Sterling and centre-back Kalidou Koulibaly, but admits he is missing the calming presence of technical director Petr Cech, who left the club this summer.

“I still think we are in transition with a new ownership,” Tuchel told Soccer AM when asked to sum up Chelsea’s preseason.

“Petr Cech out who was also such a big key factor, also for me in the season in the building here in Cobham, speaking with everybody and the staff and being a huge support for me.

“He’s not here any more so there are some changes. We are positive but we are a bit in transition so we are excited but it comes pretty early (the season).”

Tuchel also revealed he found it impossible to switch off during the close season with so many issues unresolved.

He said: “Normally I switch off, I train myself to switch off but this season it was impossible. New ownership, new communication, transfer period.

“We lost key players. It was not a summer like the last years and it felt a lot shorter than it actually was.”

Many have suggested all is not quite right at Chelsea and that Tuchel isn’t entirely happy with the situation, but the Blues boss insists he’s “super happy” with the work they club has done so far.

“They are exactly what we need so this is brilliant to have Kalidou in defence and Raheem in offence is top, top signings.”