Home All The News Team-mate on Xhaka abuse: ‘Sh*t, I tell myself people have gone crazy’ 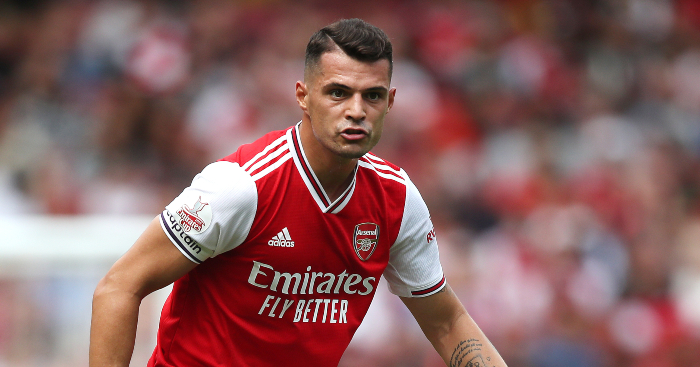 Granit Xhaka’s international team-mate Gelson Fernandes doesn’t “understand” how fans can “boo” their own captain after the Arsenal midfielder fell out with his supporters.

The 27-year-old was stripped of the captaincy last week after telling fans to “f*** off” as he was jeered following his substitution in a 2-2 draw against Crystal Palace – also removing his shirt and cupping his ears.

Xhaka went on to issue an apology of sorts, explaining that ongoing social media abuse aimed at his family also led to his furious reaction, but Emery decided to remove him as skipper and has yet to select the Switzerland international in any of the four matches since the Palace incident.

“The public is very frustrated over there at the moment,” Fernandes told Le Matin (via Sport Witness).

“The team isn’t playing at the level it was 20 years ago. Also, Arsenal haven’t invested as much as other big clubs they are trying to rival. There are expectations, it’s normal. Fans go to the stadium, pay a chunk of our wages…

“But I don’t understand how you can boo your captain that way. I’m sorry for him. Granit is a guy with a good heart, a good teammate who gives a lot. Since he’s been there, they have reached the final of the Europa League. That’s not nothing.

“I can’t imagine what Granit felt like with the insults towards his family. S***, I tell myself people have gone crazy. With all this social media, there are many people out of line.

“I think there’s a whole chunk of education that needs to be looked at again. We, as players, are on the frontline. People don’t quite understand the pressure that a player can have on him, especially in big clubs.”