"Don’t let Pogba shoot! If he approaches the box, press the ball if he shoots!" 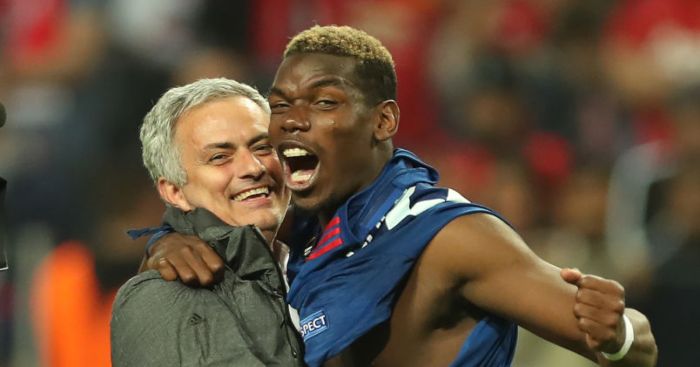 Jose Mourinho lavished Manchester United midfielder Paul Pogba with praise during a Spurs team talk ahead of a Premier League clash between the two clubs.

Pogba became the world’s most expensive player when Mourinho re-signed him from Juventus for £89.3million in summer 2016.

But the pair’s relationship turned sour after a successful first season which delivered two trophies to Old Trafford.

Mourinho began to drop Pogba and publicly question his performances, and things came to a head in the 2018/19 season with reports the France international ‘hid’ from the Portuguese boss in his final days.

And in Amazon’s new All or Nothing documentary Mourinho was glowing in his praise for Pogba as he urged his side to guard against letting the Frenchman run riot.

Steven Bergwijn gave Spurs the lead in the match, only for Pogba to climb off the bench and won the penalty that led to United snatching a 1-1 draw.

“So I can imagine Pogba from a position like that [deep right of midfield] to get the ball and to make a beautiful pass here for Marcus Rashford to go.

“So Pogba will improve the quality of passing, so we need to press him. And we need to control what is far from him. They want to press all the time. You need to measure the risk, don’t make mistakes, don’t attract the pressure.

“There is a lot of space to counter-attack and to kill them.”

As the Spurs players got up to head out, Mourinho added: “Don’t let Pogba shoot! If he approaches the box, press the ball if he shoots!”