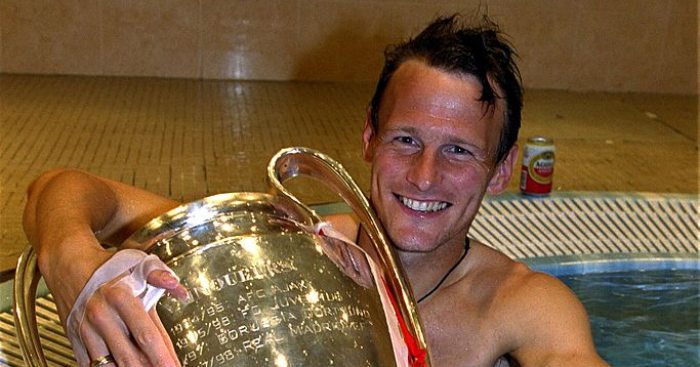 Teddy Sheringham says he was hoping that Man Utd didn’t score in the second half of the 1999 Champions League final so that he could get on the pitch.

The Red Devils went into the half-time interval at a goal down against Bayern Munich before Sir Alex Ferguson’s side famously scored two goals in second-half stoppage time to lift the trophy.

Sheringham was told at half-time that he would definitely be coming on if the score remained 1-0 to Bayern before he came off the bench to equalise in the first minute of stoppage time and then Ole Gunnar Solskjaer completed the turnaround just two minutes later.

Sheringham told Sky Sports: “The manager actually came to me at half-time and he said, ‘Look if it stays at 1-0, you’re going to be going on, so get ready after about 10 or 15 minutes’.

“So I obviously wanted the score to stay the same at the time. I know that sounds a little bit selfish but you want to be part of what’s going on out there. And the score did stay the same and 15 minutes later he put me on.

“At the time I was watching Bayern Munich thinking, ‘Blimey! They’re very good’. We hadn’t been in the game at all, it was probably our worst performance of the season.

“They were 1-0 up, they could have gone 2-0 or 3-0 up, hit the bar, hit the post, Peter Schmeichel made some great saves, and we were kind of on the rack really. I think the manager just wanted to change things up and just see if we could ruffle them up a little bit.”

On not starting, Sheringham added: “Strange situation. I think if you asked everybody about those 10 or 11 days in May, we would all have different scenarios of what happened. I didn’t have the best of seasons, I’d had a lot of injuries, I’d lost my place to Dwight Yorke – who’d come in and done fantastic, I couldn’t dislodge him.

“I started the last game of the season then came off as sub, then started the FA Cup game on the bench and then came on after six minutes for Roy Keane, which I didn’t expect. Scored the opening goal after the first minute of coming on.

“Then we won the game 2-0 so I thought I had a chance of starting the Champions League final, but the manager had already set out what his plan was for the three games I think. I didn’t actually know that at the time but when I was told that I wasn’t playing I was disappointed again.

“But I just felt you never know what’s going to happen in football, it had already changed around in the FA Cup final, it might change in this one. So I kept my fingers crossed that I’d get the chance to be involved in an unbelievable treble that we were all hoping for at the end of that season.”