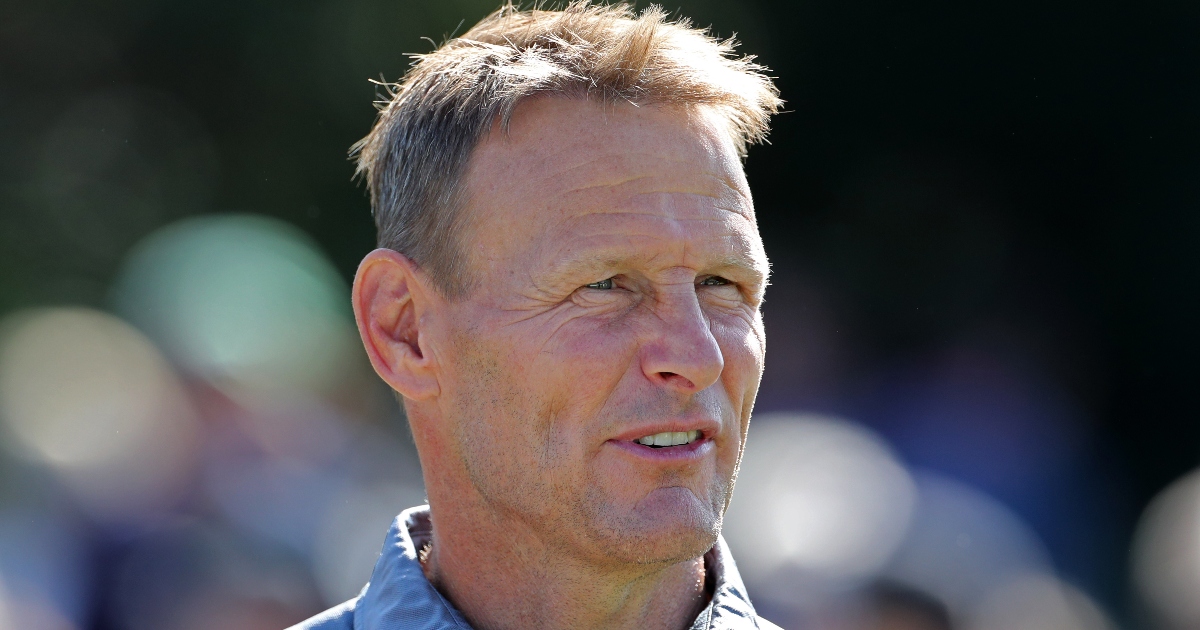 Teddy Sheringham has tipped Harry Kane to seal a big-money move to Manchester City this summer.

Kane, 27, has been the subject of constant speculation since he informed Tottenham Hotspur of his desire to leave the club in May, sending the rumour mill into overdrive as fans, pundits, and journalists tried to predict his next destination – and how he would get there.

The most recent talking point has been a story from The Sun, which claimed he was all set to complete a £160m transfer to the Etihad.

The report, however, has since been rubbished, with journalist David Ornstein revealing it had taken the respective clubs “a little bit by surprise”.

Kane’s admiration for City and, in particular, their star player Kevin De Bruyne, is a well-known fact, with the England captain having described the Belgian as “a special, special player” whose passing is “just a striker’s dream”  in an interview with Gary Neville.

The question is whether City are prepared to stump up the cash that Daniel Levy, the Spurs chairman, will demand, having previously held a policy of avoiding spending too much on one player.

Despite these concerns, Sheringham can see the deal going ahead, suspecting there’s most likely a gentlemen’s agreement in place between Levy and Kane which would allow the striker to leave for the right amount of money.

“As soon as he put out his statement a couple of months ago, just before the Euros, it was happening, for me,” he told talkSPORT.

“Everyone is being very quiet on it at the moment, but for Harry to come out and say he wants to play with someone like Kevin De Bruyne and the players at Manchester City, the writing has got to be on the wall, hasn’t it?”