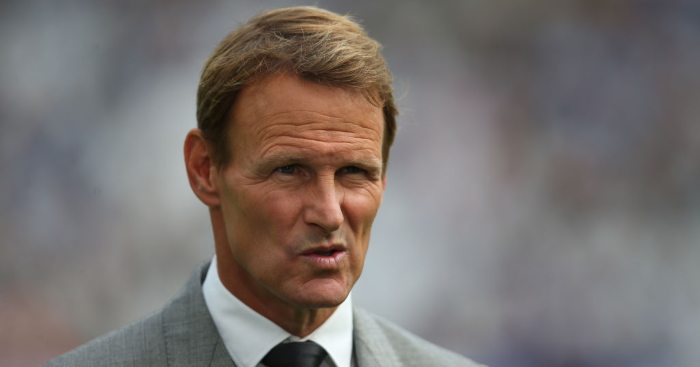 The France international has been linked with moves to Juventus and Real Madrid over the last 12 months with rumours he wants to leave Man Utd.

The Red Devils, meanwhile, have struggled to challenge the top four this season despite their current 11-match unbeaten run in all competitions which has seen them move into fifth place in the Premier League.

READ: Ten of the most overrated players of all time

When asked how far Man Utd are away from where they “feel they should be”, Sheringham told Sky Sports: “When you look at Liverpool and Manchester City I think they are a long way off. I like what Ole is doing up there, I think there’s a nice feel about the club at the moment.

“I think he’s had a very good starting period and an unsettling time but I think he’s steadied the ship now. I think things are going in the right direction but still a long, long way off challenging the top two for the championship.

When pressed by Graeme Sounees to give some names Man Utd should get rid of, Sheringham replied: “Is it that time of the day already, Graeme? The big one for me is Pogba. I’m sure that’s what you’re asking about. There’s been a lot of talk about him.

“You mention top players, captains. When things weren’t going right in our time, Roy Keane put things right, he would drive our team on, he would dig deep. he would make sure we had a say in every game that we played in because of his desire.

“And I think when you look at Paul Pogba, does he have the same mentality? Yes, he might be a talented boy but does he really dig deep and does he get Manchester United out of the mire when the going gets tough? For me the answer is a no, he gives off the wrong vibe as a Manchester United player.

“I think he would be one to go so that you can get someone else in with the right personality and the right desire, the Manchester United way to drive your team on to make sure you get out of the position that you’re in and move the club forward.”