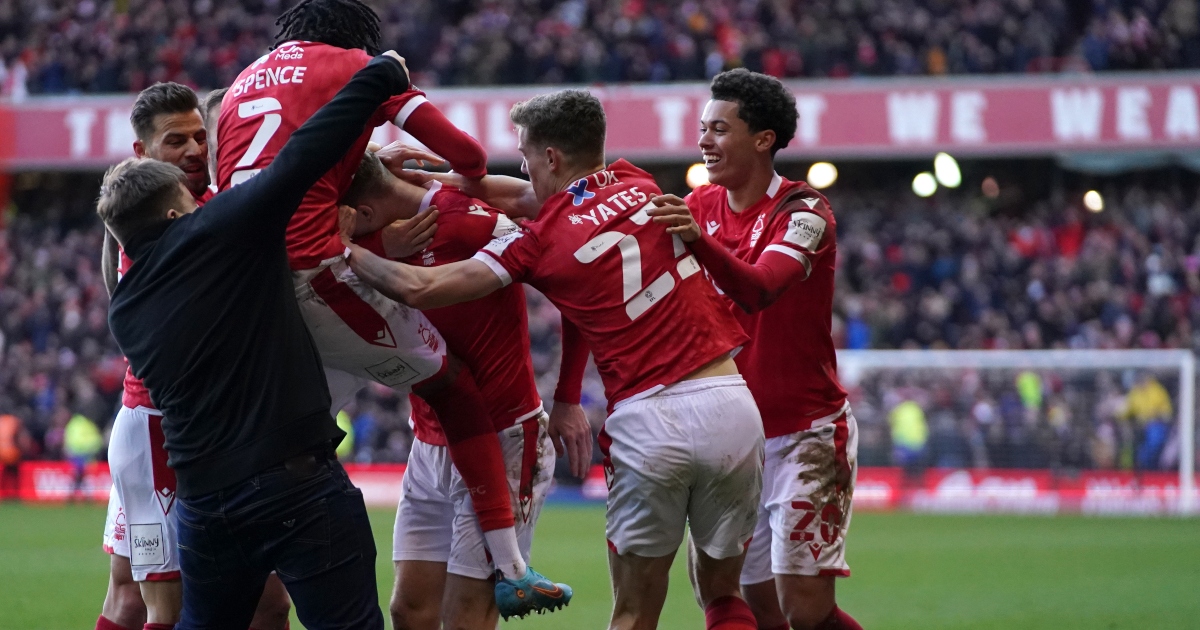 A teenager has been charged after three Nottingham Forest players were allegedly assaulted while celebrating a goal during Sunday’s 4-1 FA Cup win over Leicester City.

Nottinghamshire Police said Cameron Toner, 19, of Leicester, has been charged with three counts of common assault and a separate offence of going onto a playing area at a football match.

The force said Toner had been released on conditional bail, including a condition not to attend any football stadium on the date of any live football match, pending an appearance at Nottingham Magistrates’ Court on February 24.

Assistant Chief Constable Steve Cooper, of Nottinghamshire Police, said: “We continue to work closely with both football clubs who are supporting our investigation following this incident.

“Violence at football matches will not be tolerated. In this case Leicester City has said the individual involved will be subject to a lifetime ban from all Leicester City fixtures at home and away.

“I hope the actions taken serve as a warning to anyone else that violent behaviour at football matches is taken extremely seriously and could land them with hefty consequences.”

Footage posted on social media showed a supporter confronting Forest players as they celebrated their third goal in the 32nd minute of the game at the City Ground, before he was hauled down by two stewards.

In a statement issued after Sunday’s match, Leicester said: “The club is appalled by such behaviour and offers its apologies to Nottingham Forest and its players whose safety was compromised.

“We applaud the swift action taken by City Ground stewards in apprehending the individual involved, who will be subject to a lifetime ban from all Leicester City fixtures at home and away.

“We will offer every support to the relevant authorities in pursuing further appropriate action.”

Pundit and former Leicester and England player Gary Lineker was among those who were quick to condemn the incident.

Lineker tweeted: “Whoever that so-called fan was who ran on to the pitch throwing punches at @NFFC’s players should be banned for life by @LCFC. An embarrassment and a disgrace.”