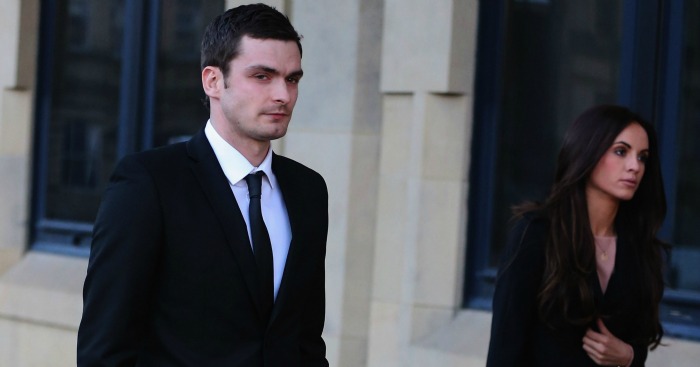 A teenage girl has told a jury how she was no longer trying to protect England footballer Adam Johnson following a sexual encounter in his car because he made her out to be a liar.

The girl, now 16, has told Bradford Crown Court about sex acts that allegedly took place in the former Sunderland winger’s Range Rover when she was 15 years old.

She has described how she did not mention some of the more serious activity at first because she was trying to protect the player.

On Tuesday, she was asked by Orlando Pownall QC, defending Johnson, whether she was still trying to protect the 28-year-old.

Appearing in court by video-link, the girl became upset and tearful as she said: “No, because he did nothing to protect me and he made me out to be a liar.”

Johnson, of Castle Eden, Co Durham, has admitted one charge of sexual activity with a child in relation to the incident in the Range Rover on January 30, last year.

He has also pleaded guilty to grooming the girl.

But he denies two further counts of sexual activity with a child relating to the same incident which prosecutors have described as “more serious”.

Speaking through tears for much of her exchange with Mr Pownall, the girl claimed she had been “bigging herself up” with some messages to friends on social media.

Referring to one Snapchat message which was subsequently pasted into Facebook, Mr Pownall asked about her saying: “He’s picking me up this week and I’m riding him.”

The teenager said: “I was trying to big myself up as any 15-year-old girl would.”

She added: “When you idolise someone and that happens to you, you’re not thinking at the time.”

The girl wiped away tears as she told the jury she never thought she would end up explaining herself in court.

Mr Pownall again asked the girl whether she was just trying to protect herself.

She said: “I wasn’t protecting myself. It made no difference to me whether they knew about me and Adam Johnson. It was him who was going to suffer for it.”

The girl got more upset and she continued to insist she never wanted to get Johnson into trouble.

She said: “I didn’t want that to happen to him. I saw myself as playing a part in it as well, I thought I’d done wrong too.”

The girl began sobbing again and asked for a break.

The girl told the court she made a video on her phone when she was in the car with Johnson but it only recorded an image of the dashboard.

She said she did this to prove to people that she had met the footballer.

The teenager said: “I was trying to brag about it and show off about it. How many teenagers can say that’s happened to them?”

“I feel so stupid now for not seeing but I didn’t see it at the time.”

Mr Pownall asked the girl about the messages exchanged between her and Johnson in December 2014, before they first met in his car.

The teenager said she found some of the messages “a bit creepy”.

Asked to clarify, she said: “I thought that when I told him my age he would have backed off. Who just asks for a random fan’s number?”

Later, the girl told the jury: “Someone texting a 15-year-old girl – they’re not completely normal.”