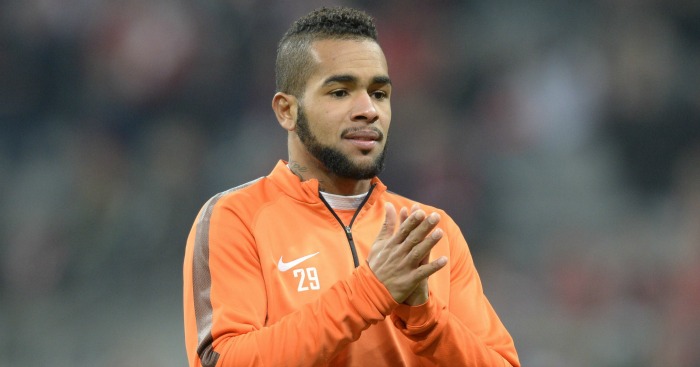 Alex Teixeira has reportedly pulled his hamstring within hours of Liverpool’s interest in the attacking midfielder being revealed.

Liverpool joined Chelsea in the chase for the Shakhtar Donetsk forward on Thursday, with the Reds submitting a reported £24.6million bid.

It is claimed that Ukrainian side Shakhtar want closer to £29million – or is it £39million? – for the 26-year-old to leave in this January’s transfer window.

Liverpool chief executive officer Ian Ayre has reportedly flown to Florida to hold talks with Shakhtar over a potential deal, but Armenian journalist Artur Petrosyan has revealed that that Teixeira has since suffered an injury.

It happened during his last training with Shakhtar in USA a few hours before Ian Ayre got on the plane.

Liverpool have struggled with hamstring injuries throughout this season, and Martin Skrtel, Dejan Lovren and Philippe Coutinho are currently sidelined with such knocks.

According to transfermarkt, Teixeira has suffered just one previous recorded injury in his eight-year professional career. Within hours of being linked with Liverpool, he pulls a hamstring. That’s impressive dedication.

Shakhtar coach Mircea Lucescu confirmed on Wednesday that Teixeira had suffered an injury, forcing him to leave the Brazilian out of the friendly against Corinthians.

“Teixeira was injured during yesterday morning’s workout,” Lucescu said. “I decided not to risk it and rest him.”