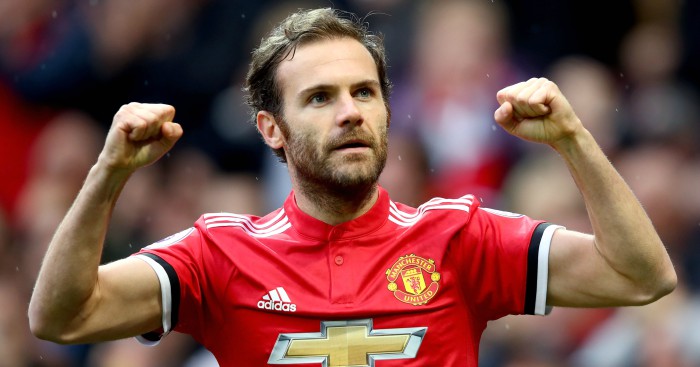 You may have noticed that whenever we write any pieces that address or refer to broadly political issues that affect football, whether it concerns poverty, economics, sexism, racism or feminism, it enrages a section of our audience and they unleash a spitting fury upon us. This isn’t unique to F365 by any means; it happens in all media. Critics usually focus on our supposed left-wing/PC/liberal/feminist politics. All of which are VERY BAD THINGS, to these people, apparently, even though they’re all pretty much about equality and fairness, and that seems to me to be
a strange thing to be so hostile towards.

Last week these two relatively mild examples in responses to a Mediawatch section on a Matthew Syed piece on women’s football, were typical of the genre.

‘You need to get off your high horse and stop assuming that everybody believes in this ‘equality’ BS that you are spouting.’

‘The whole site is ridiculous now, I only come to get outraged.’

A current fashion is for writers and contributors who say anything political to be accused of ‘virtue signalling’, in order to try to discredit them. It fools less people than its perpetrators would like to believe. It is as though introducing political matters from what is seen – rightly or wrongly – as a liberal, leftist, or worse still, PC perspective, is always just a way to aggrandise oneself. Occasionally it is. Mostly it isn’t. For most, it’s not a pose.

Rather it is they who are desperately signalling: keen to make themselves out to be some solid, non-snowflakey person who isn’t in thrall to all the progressive liberal bedwetters, as they see it. Keen to be seen as their Ted Nugent to our Indigo Girls. Their Toby Keith to our Brian Eno.

It seems to me that there are two groups which overlap – one that just dislikes the specific political perspective being expressed in a piece on football, and the other who don’t want any politics on a football website/publication/broadcast at all.

Football exists and it involves humans, therefore football is political. It really is as simple as that. Nothing happens in a vacuum. Everything is related to everything else. Those who don’t want us to discuss football matters through a political lens and would rather we only talk about the football as though it exists in isolation of everything else in society, are increasingly out of touch and out of step with the game itself – a game which right now is stuffed full of political situations, beliefs and actions.

If you doubt this, look at Juan Mata’s media work this week to promote his involvement in Common Goal to which footballers donate 1% of their income. Mats Hummels, Giorgio Chiellini, Serge Gnabry, Dennis Aogo, Megan Rapinoe and Alex Morgan have all signed up, with more to follow. The Common Goal mission statement is this:

‘With more than three billion fans, football is the largest social phenomenon on the planet. No other sport boasts such wealth. Or such reach. Or such cultural significance. The beautiful game is in a league of its own. Imagine uniting the world of football behind a shared social vision. Imagine the impact we could create and the lives we could change. Through Common Goal, this is what we are trying to achieve. And we want you to join us.’

This weekend Hertha Berlin ‘took the knee’ before their game. “We wanted to make a stand against racism,” Hertha captain Per Skjelbred said. ‘Hertha BSC stands for tolerance and responsibility! For a tolerant Berlin and an open-minded world, now and forevermore!’ the club said on Twitter. The stadium announcer said before the game: “Hertha Berlin stands for diversity and against violence. For this reason we are joining the protest of American athletes and setting a sign against discrimination.”

Last month Celtic fans unveiled a banner in rainbow colours on Glasgow’s 21st Pride day. It read: ‘A club open to all.’

In Cyprus when Apoel Nicosia played Spurs, fans unveiled banners about the Elgin marbles. Legia Warsaw fans are famous for making huge political banners and it has long been a tradition among ultras in Italy. Liverpool fans last year unveiled banners featuring Jeremy Corbyn and John McDonnell saying ‘That which unites us is greater than that which divides us’.

Earlier this month Barcelona’s Gerard Pique, a staunch supporter of Catalan independence said: “I believe Catalans should have the right to vote on their future and respect others think differently. So let’s have a conversation. People who believe in Catalan independence can play for Spain. You may want your own country, but that is nothing against Spain.”

Recently the Norwegian football association and the country’s players have reached a deal that will see the men and women’s teams receiving the same financial compensation when they play for their country.

After several resignations, a group of eight former players wrote an open letter addressing the difficulties Brazilian women face playing for their country. The players who resigned said they were “exhausted from years of disrespect and lack of support” and called for greater representation throughout the Brazilian football federation.

These are only a small selection of issues and stories from recent weeks.

So football IS political and football writing will inevitably deal with political issues in a sometimes political way. Why wouldn’t it?

You might think that change is not needed, that the status quo is great, that the world is a fair and equitable place and life is one long party, but a lot of us, all the way up to Juan Mata, disagree and disagree profoundly.

For those who are keen to so vociferously tell us that we should keep politics out of football, or that as writers we shouldn’t express how we see the world, I tell you this: you’re living in a dream world. It’ll never happen. You might not like it, but a lot of people are interested in such matters and want to read a kaleidoscope of viewpoints and ideas on issues such as those above. They don’t all agree with me or anyone else, but they don’t want to shut down debate. They know that life is a rainbow, so you look at all the colours.

No-one here or anywhere else is going to shut up because someone thinks we’re ‘spouting equality’ BS’. If anything, as times goes on, you’ll be seeing, hearing and reading even more about political matters in the football context on all platforms because there are simply so many ongoing issues to address. The cultural and political tectonic plates are shifting and you’re swimming against the tide of history to resist or reject that fact.

But please do feel free to keep visiting F365 in order to be outraged at our spouting of equality BS.