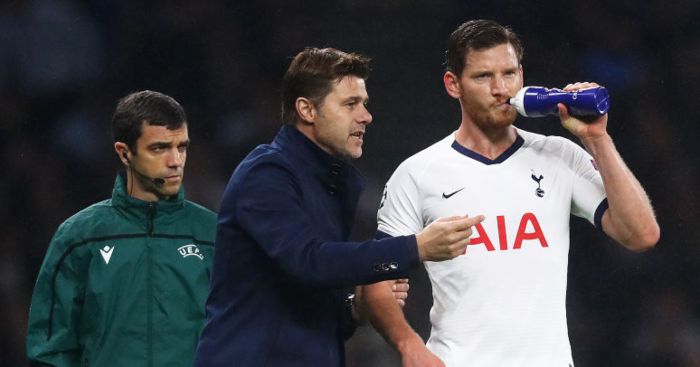 Mauricio Pochettino says he has to “share” responsibility for defeat with the players instead of telling them they are “sh*t”.

On how to turn things around, Pochettino said: “The team has lost confidence. We have to work to win that trust again.

“We talk to the players. We tell them that we have lost by mistakes, but we must try to forget them.

“The best way to help the player is not telling him that he has done s***.

“You can’t hide. You have to share the responsibility.”

Speaking at a conference in Qatar, Pochettino added: “We at Tottenham work as a team.

“After two big defeats like the ones we have suffered, we have to think about the future.

“You have to recover the emotional level. When you are on the top, you feel you must respond to dignity.

“Football is born in the heart. Our responsibility is to be guardians of this, make sure you don’t forget.

“You have to help the players to motivate themselves. But how can you motivate yourself after the Champions League? I say: ‘Are we professionals? Or not?'”