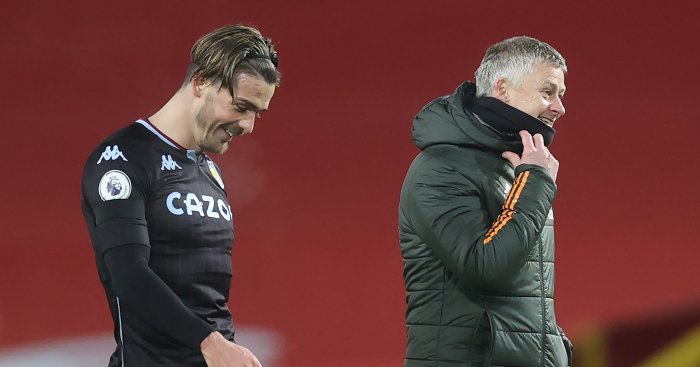 It has been a bizarre Premier League season but some have made the best of a bad situation with their decisions.

10) Resisting another Emile Smith Rowe loan
The four clubs mentioned most often were Crystal Palace, Fulham, Leeds and Monaco, each enticed more by the promise of what Emile Smith Rowe could do rather than what he had been able to produce at Leipzig and Huddersfield. An injury to the 20-year-old precluded any potential plans as Arsenal felt his recovery better served in north London. But as January approached, the suggestion was that offers would be considered.

That changed on Boxing Day with a performance that might have transformed Arsenal’s entire season. Smith Rowe helped orchestrate an energetic and youthful victory over Chelsea that has solidified his starting role alongside Bukayo Saka, Pierre-Emerick Aubameyang and Alexandre Lacazette ever since. Their Premier League record in 14 games without Smith Rowe (W4 D2 L8) pales in comparison to the five fixtures he has started (W4 D1 L0). It does not bear contemplating their plight had he been permitted to leave again.

Two players are still flying the flag of youth under Frank Lampard but while the continued inclusion of James is down to a combination of a dearth of competition and his own excellent form, Mount persists in a stacked midfield. The 22-year-old is on a run of 12 consecutive Premier League starts without being substituted, his energy and drive deemed too important to sacrifice even for more seasoned midfielders.

The addition of Kai Havertz into the Stamford Bridge mix has done nothing to diminish Mount’s opportunities. He is an incredibly polarising player but Lampard will be happy such faith is being returned with interest.

8) Signing Diogo Jota
The question had long been as to how Liverpool would freshen up an attack that, rather than growing stale, had just delivered a Premier League title one year after becoming world and European champions. Roberto Firmino, Mo Salah and Sadio Mane were and are an incredibly rare triptych in terms of talent and longevity that would eventually have to give way to something different.

Klopp sought not to change the system but to add variation to the personnel. Takumi Minamino was perhaps his first attempt at evolving his forward line; Diogo Jota was clearly his most successful. The former has played 16 games and scored four goals this season while the latter has netted nine times in 17 appearances.

Liverpool’s struggles without him tell a story of a side that craves something different, that alternative source of inspiration in attack. They have scored 11 goals in seven Premier League games in his injury absence, almost two-thirds of which came in one match against Crystal Palace. Jota is level with Mane as their second top scorer in all competitions, having played less than half his minutes. There need be no surprise if his eventual return coincides with a sudden team improvement in front of goal.

Few people would have tipped David Moyes to be the man to break that spell. Yet the Scot has quietly moved West Ham on from their most loyal custodian to a far better midfield pairing. Rice and Tomas Soucek offer the athleticism, positional awareness and dynamism the grenade-throwing club captain can no longer offer. It says plenty that Noble has started three league fixtures this season, West Ham losing 2-0 and 3-0 to Newcastle and Chelsea respectively before a 2-2 draw with Brighton when he was substituted at half-time. He and they have matured but only for one is that intended as a positive.

6) Building around Jack Grealish
It is not known whether there was any internal discussion at Aston Villa about the summer sale of Jack Grealish but it would have been understandable. A club that had just secured Premier League survival on the final day of the season might have looked at a squad assembled about as well as Homer Simpson’s barbecue pit and deemed it worth cashing in on their only asset of real value to fund a proper rebuild. As grave and inadvisable a risk as it would have been, the consideration would have been forgivable.

The reality is that both player and club deserve immense credit. Grealish could justifiably have pushed to finally leave for a team that would fully harness his ability but Villa were determined to provide that platform themselves. They needed him to keep them up last season and have recognised that by composing a side intended entirely to suit his strengths. Grealish has maintained his own standards while giving Villa the opportunity they craved to meet him on level ground, helped by more focused and targeted spending and a much greater balance in their approach. They are perhaps still punching in this relationship but have at least had a haircut and bought some new clothes in a  successful attempt to avoid being dumped.

Despite having not played since January 1st, Jack Grealish has created more chances in the Premier League than any other player:

Such a special footballer. 🙌 pic.twitter.com/NYt9E2J5Ho

5) Everton’s formation changes
First came the many variations of the 4-3-3 that accentuated the leading-man brilliance of Dominic Calvert-Lewin. A brief flirtation with three at the back was prosperous enough while the damaging absence of Lucas Digne was compensated for through the deployment of a defence featuring four centre-halves, as well as the reintegration of Gylfi Sigurdsson as a regular first-team starting creator. Then came the managerial tour de sauce: victory over Wolves with Sigurdsson and James Rodriguez as false nines in a 4-4-2 that covered for the injuries to the far more potent Calvert-Lewin and Richarlison.

It turns out that multiple trophy winner Carlo Ancelotti does know what he’s doing. And quite frankly he’s doing it perhaps as quietly and effectively as any other coach in the division right now by changing it up when necessary while others have the luxury of sticking to one plan and system.

4) Sticking with Ole Gunnar Solskjaer
They had their excuses. The 6-1 defeat to Tottenham seemed difficult to come back from, not least so soon after home defeat to Crystal Palace. Losing to a below-par Arsenal on the cusp of record-breaking inadequacy was pathetic. The ceding of a dominant Champions League group-stage position was regrettable but honestly that Demba Ba goal in Turkey two months ago remains an eminently sackable offence.

Manchester United, through it all, stuck to their Gunnars. The four positives listed in an off-record brief in December seemed like the fanciful work of a club determined not to admit they might have erred with another appointment, yet a mere month later it looks to be patient and prescient from a board hardly famed for its direction and vision. That the Mauricio Pochettino ship has sailed without even really troubling the Old Trafford waters is testament to Solskjaer’s renaissance.

3) Signing Pierre-Emile Hojbjerg
It’s all here really. The common strand through every iteration of Jose Mourinho is the reliance on a midfield lieutenant to ensure his message is received and transmitted across the pitch. It is also him immediately splitting the fanbase, winning silverware in his second season and collapsing to the point of near-irrelevance in his third while acting an absolute dick. But mainly the midfield leader thing.

It was Costinha at Porto, affectionately named “my ‘assistant coach'”. Then came Claude Makelele, his “tactical leader” at Chelsea. Next was Esteban Cambiasso, “one of the fastest players I have ever coached – where speed is needed most” at Inter Milan. Xabi Alonso was “a coach when he is on the field” at Real Madrid. Nemanja Matic was “my guy” and the ultimate “team player” at Manchester United.

Pierre-Emile Hojbjerg is in that exact mould. “He’s going to be a coach one day, for sure,” Mourinho once said of his summer acquisition, placing him in the pantheon of apprentices he fully expected to make the step up to master one day. For now, he remains a bargainous cog in this whirring machine.

Tanguy Ndombele and Pierre Emile Hojbjerg. We are ONE midfielder away from having one of the best midfields in world football

2) Keeping John Stones
“I don’t know how long I will be here in Manchester, but as long as I’m here, John Stones will be with us,” was the message from Pep Guardiola in April 2018. In almost three years since the centre-half failed to command a regular starting place at the heart of the City defence amid struggles for form, problems with injuries and issues in his personal life. He lost his England place and with the arrival of Ruben Dias, seemingly his position at club level too.

The rejuvenation has been astonishing, unpredictable and possibly even unprecedented. From sinking like a stone to rallying like Stones, the 26-year-old has started 12 games this season and scored more goals (3) than he has conceded (2) in 1,199 minutes. That is absolutely preposterous from a player who Guardiola seemed destined to finally give up on in July.

1) Brendan Rodgers’ squad goals
Leicester have played a potentially difficult hand incredibly well. Their collapse to close the previous season could have given way to a panicked overhaul but Brendan Rodgers realised that within that disappointment was overachievement from a squad that would only get better for the experience of a mixed campaign. Timothy Castagne and Wesley Fofana were added as undeniable quality at high prices, with Cengiz Under completing the set on loan.

Rodgers has been the key, treating injuries as puzzles to solve rather than obstacles to lament; we are literal months removed from any of Wilfred Ndidi, Christian Fuchs or Daniel Amartey being used at centre-half. But most commendable is his insistence that returning players must earn their way back in instead of automatically reprising their role. Caglar Soyuncu, PFA Team of the Year member for 2019/20, has been placed on a diet of substitute minutes because Fofana and Jonny Evans fared so well in his absence. James Justin excelled at right-back when Castagne was out so kept his place for the Belgian to return on the left before they were rotated. Marc Albrighton has similarly taken his chance and been recognised amply for it.

That has made for a genuine meritocracy in which performances and form are rewarded over favouritism and preferential treatment. Such excellent man-management has, in turn, taken Rodgers into familiar territory; perhaps this time a fresh and varied Leicester squad can fully capitalise.