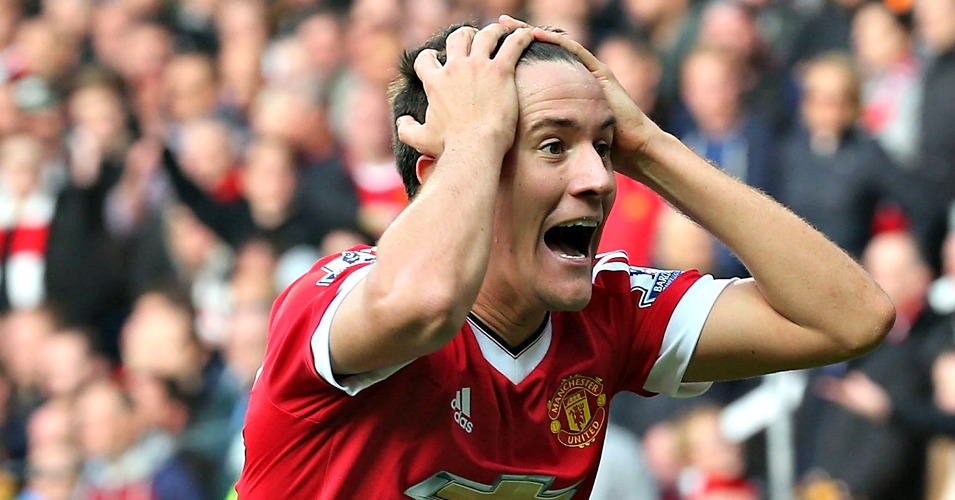 Adrian (West Ham but not Spain)
“Why does no-one ever ask me about Adrian the West Ham goalkeeper?” asked Spain coach Vicente del Bosque in November 2014. Well, we are asking now, Vicente, 16 months later, when Adrian is one of the Premier League’s outstanding goalkeepers. “I feel qualified, of course,” said Adrian recently “Until now, the coach has seen fit to take other goalkeepers, but you never stop hoping that you will reach the desired moment.”

Adrian playing ahead of Iker Casillas and David de Gea may be a pipe dream but Del Bosque has recently called up both Sergio Rico and Sergio Asenjo. Adrian must surely be close to the desired moment.

Hector Bellerin (Arsenal but not Spain)
Yes, he’s only 20 but imagine for a minute if Hector Bellerin were English. If you need any help with this notion, consider that Calum Chambers is older than Bellerin and already has three senior international caps. Ahead of Bellerin in the Spanish national reckoning are César Azpilicueta, Dani Carvajal and Mario Gaspar, but the man who has single-handedly ended Mathieu Debuchy’s Arsenal career did at least get a senior call-up in September.

“I knew two years ago that he had the ability to be first choice at Arsenal and I can’t see any better right-backs in the next two years in Spain,” said his Arsenal captain Mikel Arteta in September. “I know Hector and if he makes the right decisions in the next few months, I think he’s going to have a chance.” Hopefully one of those decisions is not to join Barcelona.

Francis Coquelin (Arsenal but not France)
Ryan Mason has an England cap and Coquelin has never even been named in a French squad. Which perhaps perfectly illustrates why France are second favourites to win Euro 2016 and you can get 12/1 on England. Poor Coquelin may be first choice for Arsenal but he is behind Yohan Cabaye, Lassana Diarra, Paul Pogba, Morgan Schneiderlin, Blaise Matuidi, Geoffrey Kondogbia, Maxime Gonalons and Josuha Guilavogui for Didier Deschamps.

“I haven’t been on the phone to him. I think he gives a pre-list of 30, 40 players and picks a squad from there. We haven’t had contact there but when it comes I hope I’m on top of the game and show I’ll deserve it,” said Coquelin this week. Hmmm, Saturday probably wasn’t your best audition tape, fella.

Daniel Drinkwater (Leicester but not England)
It’s been almost seven years since Drinkwater last pulled on an England shirt – for the Under-19s in a victory over France – but that is very likely to change later this month with Roy Hodgson set to call up the Premier League title winner in waiting. And when you consider that Mason and Jonjo Shelvey were in England’s last squad, you really cannot argue with any invitation issued to Drinkwater, the jack of all trades who has formed an excellent partnership with the also-overlooked N’Golo Kante at Leicester.

With Jordan Henderson, James Milner, Fabian Delph, Jack Wilshere and Michael Carrick all struggling for form and/or fitness, Drinkwater could be an unlikely beneficiary. “He is certainly playing as well as any other English midfielder in the Premier League. I’d probably put him in the same league as Alli and Barkley at the moment,” said Danny Murphy last month. Imagine the inevitable outcry when Wilshere gets the nod after 37 minutes of football for Arsenal.

Gabriel (Arsenal but not Brazil)
A year ago Gabriel received his first call from Brazil coach Dunga. “I am very happy with the news, and it is a dream for any player to wear the shirt of your country,” he said. “I’ll play the best possible way.” The beneficiary of injuries to David Luiz and Marquinho, Gabriel did not get the chance to play at all, left on the bench as Miranda and Thiago Silva were preferred. Since then he has sat on the bench a further four times.

The cruellest blow? Despite enjoying a run of games for Arsenal, he has been dropped from the latest squad while Gil – not yet playing for his new club Shandong Luneng in the Chinese Super League – is in there. Poor Gabriel.

Ander Herrera (Man United but not Spain)
“I know we have, in Spain, maybe the best midfielders in the world right now…”

Don’t worry about the ‘maybe’ there, Ander. Spain have – deep breath – Sergio Busquets, Andres Iniesta, Koke, Cesc Fabregas, Juan Mata, Thiago Alcantara. Santi Cazorla, David Silva and Isco for starters. “I think I have the quality to be in the national team. I will fight for it. I fought last season for that and I am trying to do it again. I think I have the quality to be in it and I am showing that,” said Herrera in October. The truth is that Herrera – now 26 – really does not have the quality to break into that team. Though he might be justified in pointing towards Watford’s Mario Suarez and coughing pointedly in the vicinity of Vicente Del Bosque.

Giannelli Imbula (Stoke but not France or Belgium)
Yes, Stoke paid over £18m for a midfielder not capped at senior level. Born in Belgium but with France Under-21 caps, Imbula said in October that “if I am chosen to play for either of the two national teams (France or Belgium), I will have a choice, but I do not have a personal choice to make”. He went on to say that he feels “a bit blacklisted” by France and that he would like to play for his adoptive country, despite reports that he had decided to declare for Belgium.

Imbula then lost his place in the Porto side and so joined Stoke – where has impressed – for a club record fee in January, a move unlikely to put him at the forefront of Deschamps’ mind. See the section on Coquelin for the players Imbula is battling for a place in France’s plans for Euro 2016.

N’Golo Kante (Leicester but not France)
“We’re following him,” French coach Deschamps told French TV programme Canal Football Club last month. “At Caen he was putting in some good performances. Leicester are having a surprising season and he’s performing very well. There are experienced players [in the France squad] and it’s up to them to continue to perform well. If at some point I think that there is a player who can bring something more compared to another who’s already there, I’ll select him.”

And select him he has – in his provisional squad for upcoming friendlies with Netherlands and Russia. That’s got to hurt Francis Coquelin. What more could he have done? Make the most interceptions in the top five European leagues, it seems. From the sixth tier of French football to the French national team? Now that’s what we call a bloody conte de fees.

Manuel Lanzini (West Ham but not Argentina)
‘Have Manuel Lanzini’s chances of representing Argentina decreased since his move to Al-Jazira?’ is a headline on the Golazo Argentino blog that can definitely be answered with a resounding ‘yes’. The examples of similarly talented players Roberto Pereyra and Eric Lamela are cited in that article and that pair now have 25 Argentine caps in total. Lanzini has none.

Although overshadowed by Dimitri Payet at West Ham, where he now plays on loan, Lanzini has still notched four Premier League goals this season. Or, as Argentine coach Gerardo Martino said in September, according to Google Translate: “Lanzini is doing a good tournament in England.” Hope is not altogether lost.

Mark Noble (West Ham but not England)
“Mark is a very good character,” said Roy Hodgson last month. And that pretty much sums up Mark Noble, a man touted for England duty more times than England have played international fixtures since he broke through ten years ago. It helps that there are a disproportionate number of West Ham fans in the media, always ready with an ‘if Shelvey can play for England, why not Noble?’ tweet. Because Noble is nothing other than a very decent Premier League footballer, that’s why. And there really isn’t anything wrong with that.