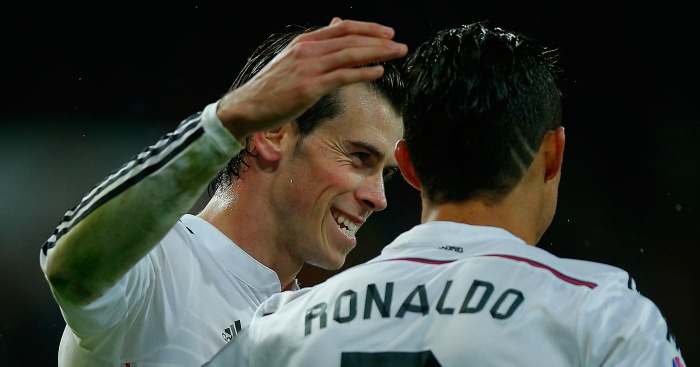 10) Hernan Crespo (Parma, £43.35m profit)
They bought him for peanuts from River Plate and then sold him four years – in which he had scored 62 goals in 116 Serie A games and helped them win the UEFA Cup – later to Lazio for a world-record fee. He even went back for a final hurrah at the age of 35 and became top scorer at the club for a record fourth time.

9) Gonzalo Higuain (Napoli, £43.35m profit)
It could have been you, Arsenal. Back in 2013, Napoli took a massive punt on Higuain and were rewarded with a phenomenal 71 goals in 104 Serie A games. But at some point Higuain would want titles and Juventus would want the most prolific goalscorer in Italian football; Napoli have pocketed a pretty penny in a deal that suits everybody.

8) Kevin De Bruyne (Wolfsburg, £44.2m profit)
A massive brick to use on the head of Jose Mourinho, Kevin De Bruyne was sold by the then-Chelsea manager for what seemed in 2014 to be a pretty healthy £10m profit for a player very much surplus to his plans. But just 18 months – and a whole load of Bundesliga assists – later he was the second most expensive British signing of all time when he joined Manchester City.

7) Edinson Cavani (Napoli, £44.63m profit)
And exactly where did Napoli get all that money to buy Gonzalo Higuain? From selling Edinson Cavani to PSG for rather a lot of money after three years in which he scored 78 goals in 104 Serie A games, that’s how. It’s a clever trick that makes them an awful lot of money and superstars out of their players. It bodes very well indeed for Arkadiusz Milik.

6) Luis Suarez (Liverpool, £46.94m)
And it would have been even more if he hadn’t had a propensity for the biting and the racial abusing. Liverpool certainly got value for money out of the man they bought from Ajax for rather less than they paid Newcastle for Andy Carroll. He scored 69 goals in 110 Premier League games and won them an, erm, League Cup, on penalties, against a Championship team.

5) Kaka (AC Milan, £48.24m)
“Peanuts” was the word used by Silvio Berlusconi in describing the money AC Milan gave to Sao Paulo for Kaka back in 2003. Within four years he was the best player in the world (and Milan were European champions) and two years later Milan admitted they had to sell Kaka to Real Madrid for “economic” reasons. Wonderfully, they got him back for bugger all when he scored just 23 goals in four La Liga seasons.

4) Luis Figo (Barcelona, £48.88m)
The idea that Barcelona would sell one of the best players in the world to Real Madrid now sounds ridiculous and back in 2000 it went down no better, with Luis Figo famously incurring the wrath (and pigs) of millions of Barca fans for swapping clubs. But this was a new era for Madrid, who decided that buying the very best player in the world every summer – regardless of the price – was a sensible tactic.

3) Zinedine Zidane (Juventus, £59.5m)
And after the punt of Luis Figo won Real Madrid the Spanish title, they coppered up once again in 2001 to buy Zidane, who then helped them win the Champions League. Football’s not all Leicester fairytales, you know. The most remarkable thing about the world-record transfer? He was 29. Sell-on value, schmell-on value.

2) Cristiano Ronaldo (Manchester United, £65.03m)
Three domestic titles, a Champions League and a handful of domestic trophies. And a world-record transfer fee. It’s fair to say that Manchester United did okay out of the skinny little teenager who seemed to be full of tricks and flicks but not enough substance when he joined from Sporting Lisbon. And Real Madrid probably think he was worth the money too. He’s been okay.

1) Gareth Bale (Tottenham, £73.6m)
From the kid who couldn’t win a game and was on the verge of a loan move to a Championship club to the most expensive footballer in the history of the game. Tottenham have lost some serious money on David Bentley and Roberto Soldado, but they were mere drops in the ocean compared to the stonking profit made on the Welshman. The price is particularly extraordinary because he is the only man on this list not to have won a single thing before his transfer.