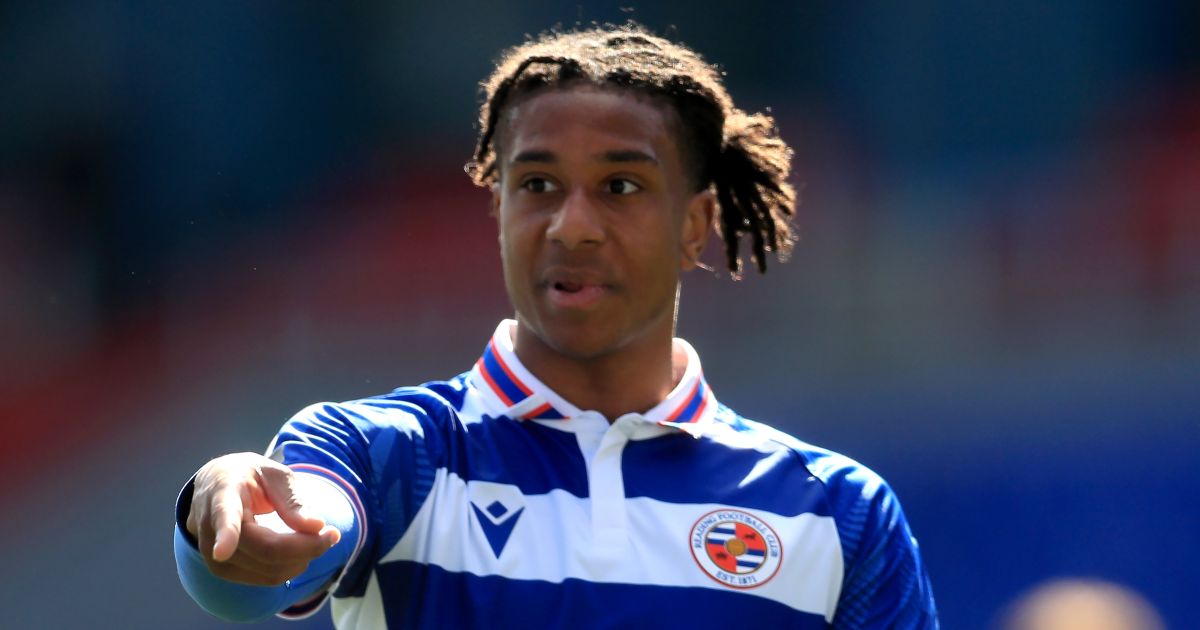 There are a number of quality players who have performed to an excellent standard in the Championship this season, and while many have been promoted with Norwich City, Watford and Brentford, these 10 could be making their way to the top flight via the transfer route…

Callum Styles (Barnsley)
Kicking off the list is one of the surprise standout performers in the standout surprises of the Championship season, midfielder turned wing-back Callum Styles, who at 21 represents one of the second tier’s brightest prospects.

Brought to the Tykes in January 2018 from a now-defunct Bury, two full seasons at Oakwell have seen Styles transform from a so-so young midfielder into a specialist left wing-back. There are only a few clubs in the top flight who still operate regularly with a back five but one of them – Brighton – would be a perfect fit for Styles, who could provide a rotation option for Solly March.

Likewise, should Crystal Palace choose to employ their former record purchase – and Styles’ current boss – Valerien Ismael as the man to succeed Roy Hodgson, Styles would represent an upgrade on the outgoing Patrick van Aanholt. In truth, given his age and outstanding performances down the wing for the Tykes, Styles would represent a good purchase for almost any bottom-half Premier League club.

Matt Grimes (Swansea City)
Up next, a midfielder who was so near and yet so far from a return to the Premier League with Swansea City, playing a near ever-present role for the Swans in their successive unsuccessful play-off campaigns of the last two years.

Having come through the Exeter City academy, the Devon-born midfielder struggled to integrate himself in the Swans’ set-up during their Premier League years, making four top-flight appearances in as many years while enduring loan spells at Northampton Town and pre-Marcelo Bielsa Leeds United.

But having missed just two Championship games in the last three seasons in an unglamorous role as the glue in some pretty exciting Graham Potter and Steve Cooper-inspired sides, another shot at the Premier League before the 25-year-old hits his prime beckons. Everton have tenuously been linked in the past, but a left-footed midfielder in Ralph Hassenhuttl’s Southampton side would work well.

Arnaut Danjuma (AFC Bournemouth)
Another player to make the cut who has not yet taken the brief Premier League opportunity afforded to him is Team of the Season and contender for Player of the Year, Bournemouth’s Dutch winger Arnaut Danjuma. 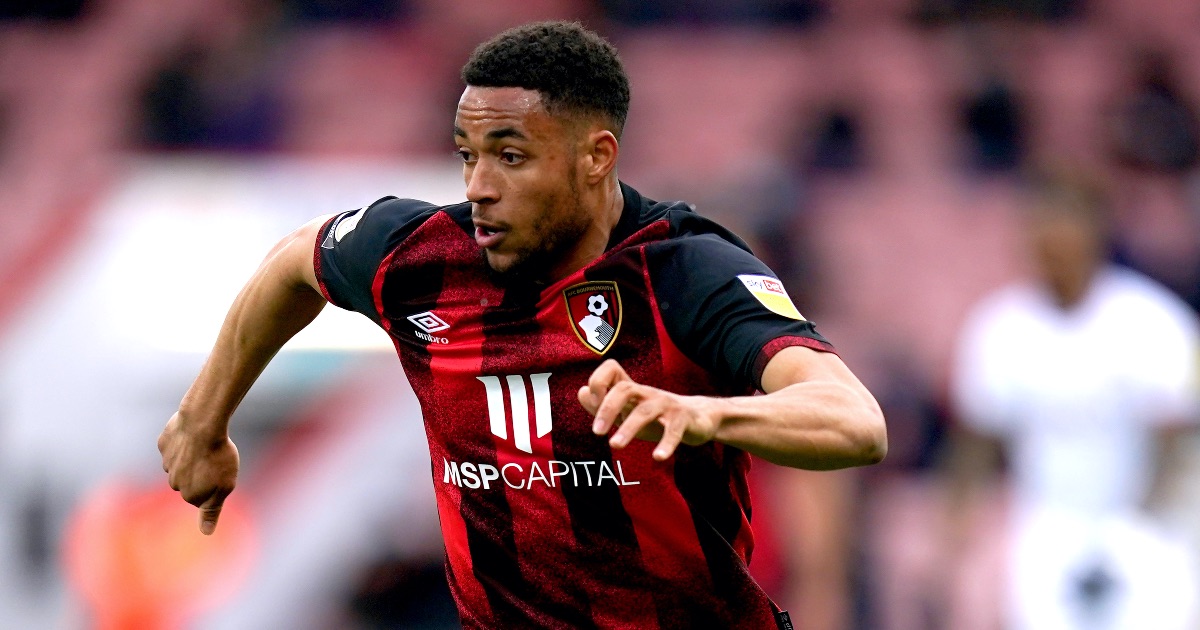 With more goals for Netherlands to his name than goal involvements in 14 Premier League appearances, Danjuma failed to shine on the south coast following his eight-figure move to Dorset during a relegation season in the top flight, but finishes the second-tier campaign as the highest scoring non-striker, adding seven assists to his 17-goal haul.

Missing out on the cherry on top that is promotion – owing to a collapse against eventual play-off winners Brentford – Danjuma has proven he is far superior to the Championship defences he so often mastered. Again, he would suit Southampton’s style and would be an upgrade on almost all of their current choices out wide, while Burnley, Leeds and Norwich would both benefit from having him on either wing.

Josh Laurent (Reading)
Perhaps one of the lesser known names on this list, Reading midfielder Josh Laurent is a rare example of a player who has improved at a steady yet fascinating rate for a number of consecutive years now.

From something of a journeyman midfielder in his younger days, Laurent spent two impressive seasons with Shrewsbury Town before seeing Reading add him to their ranks as an option in the middle of the park; in reality, he has looked a key component of a surprisingly effective Royals side throughout most of the campaign. He sneaked into our Championship team of the season.

Forming part of a double pivot in a 4-2-3-1 formation with Andy Rinomhota, Laurent has been the deep-lying playmaker to Rinomhota’s more industrious, tough tackling side of the game. With this particular formation losing out more and more to 4-3-3 in recent seasons, Veljko Paunovic will be hoping to keep both players as the basis of another promotion push this season, but Laurent would be a superb squad signing for Wolves under the expected arrival of Bruno Lage. We’re sure he can fake a Portuguese passport if absolutely necessary.

Kieffer Moore (Cardiff City)
Given the style of play that Wales are likely to employ against the bigger teams at EURO 2020, Italy and Turkey in the group stages and potentially into the last 16, Kieffer Moore could be an outside shout for Golden Boot at this year’s delayed European Championship. Wingers crossing the ball into the 6’5″ striker to get either his head or long legs onto is a style that the former Wigan and Ipswich forward has become accustomed to during his playing career.

Kieffer Moore makes an impact straight away , My striker , I swear if we don’t start him against Switzerland 😭

With Premier League clubs always keen to take a punt on outstanding stars at international tournaments, couple some point-winning goals for his national side with an impressive debut campaign at Cardiff City and you may well have non Big Six clubs queuing up for the Torquay-born hot-shot.

Twenty goals at Championship level don’t always lead to Premier League strikes at a consistent rate, but Brighton can never have too many strikers who know where the back of the goal is, while Burnley and Crystal Palace could do worse than have the Welshman as an option amongst their rosters of 6ft-plus forwards.

Harry Souttar (Stoke City)
When it comes to Stoke City and young defenders, the mind can easily be dragged to youth academy graduate Nathan Collins, who has been linked to Burnley and Manchester United in recent and formative years respectively, but Australian centre-back Harry Souttar has been quietly outstanding for the Championship’s most boring team of the last 12 months.

The former Dundee United colossus had a potentially career-defining loan move to League One Fleetwood Town during the 2019/20 season, where his talents in the centre of a back four shone. Since returning to his parent club, the 22-year-old has outperformed centre-backs multiple years his senior in the Potters backline, with James Chester and Danny Batth often fighting for a place alongside the man from down under, whose own career is heading upwards.

Burnley are chasing Nottingham Forest’s Joe Worrall, but Souttar has a much higher ceiling, figuratively and literally, while Newcastle United too could do with an upgrade in their centre-back options.

Michael Olise (Reading)
Having offered Reading as one of my pre-season relegation shouts for the season just gone, I did not expect nine months later to be giving birth to a list with two Reading players destined for the top flight of English football. Yet here we are, with attacking midfielder Michael Olise’s ego massaged while mine remains firmly bruised.

Like teammate Laurent, the Frenchman suits the system employed by Paunovic, operating largely as a number 10 in a narrow three behind a focal point striker. The former Chelsea and Manchester City starlet scored seven times for Reading in 2020/21, but was most impressive with his creativity, laying on 12 assists for the likes of Lucas Joao, George Puskas and Yakou Meite.

Like Eberechi Eze before him, this campaign has been a coming of age for the 21-year-old in the second tier, and with the former QPR man injured for a good portion of the upcoming season, Crystal Palace could do worse than replacing Eze, and perhaps the outgoing Wilfried Zaha, with Olise.

Michael Olise’s goal for Reading is 🤌

Thomas Kaminski (Blackburn Rovers)
The only goalkeeper to make this list, Kaminski was a relative unknown to the majority of English football fans upon joining Tony Mowbray’s Blackburn in the summer of 2020, but the Belgian stopper has been one of the division’s standout keepers in a Rovers side which excelled at either end of the pitch without the requisite quality in between to finish in the top half.

Ten clean sheets in 43 games may not sound extraordinary, but given the defensive issues in front of him, he won Club Player of the Year at the Lancashire outfit. A move to bitter rivals Burnley would offer an improvement on the current back-up options of Bailey Peacock-Farrell and Will Norris, and the same applies to Norwich City, Leeds United (off the pitch at least), Brentford, Brighton and Southampton.

Callum O’Hare (Coventry City)
Once viewed as the next Jack Grealish when the current Jack Grealish was barely the Jack Grealish he is now, Coventry’s excellent playmaker O’Hare already looks destined for a second chance back in the top flight of English football thanks to an excellent first permanent campaign with the Sky Blues.

With his creativity in a low-scoring Coventry side providing much of the impetus for a survival push turned lower-mid-table finish, O’Hare would suit Brighton’s number 10 spot perfectly, while a move back to Aston Villa, who sold him to their fellow Midlanders only last summer following an equally impressive loan spell in League One, would be a romantic notion.

With plenty of flair and trickery in his locker, O’Hare is only going to improve in the near future, and would represent a good investment for any bottom-half Premier League club this summer.

🆕📈
Callum O’Hare has won more fouls than any other midfielder or forward in the Championship this season.
☁️🔵#PUSB pic.twitter.com/z5FvwU8DJY

Jed Wallace (Millwall)
The final man on this list is one of the most consistent performers in the division over the last half a decade at this level. That his 17 goal involvements in the 2020/21 campaign seemed a tad anti-climactic following his exploits in the Covid-hit 2019/20 season speaks volumes about the capabilities of this goalscoring winger, particularly in a low-scoring Millwall side.

Like another London-based and long serving talisman to have had a loan spell with the Lions, this summer feels like a now or never moment for Wallace to make his move to the Premier League. Having failed to make the grade at Wolves in the Championship, a return to Molineux would be fanciful, but any of the three promoted clubs would be lucky to have his directness and playmaking capabilities, while Burnley and Crystal Palace represent natural and sensible moves for the 27-year-old. Alternatively, West Ham just for the banter.

Should the Millwall winger still be at The Den come the start of next season, it may well be that he never gets a better opportunity to showcase his talents on the highest stage in English football, bar unlikely promotion with Gary Rowett’s side.