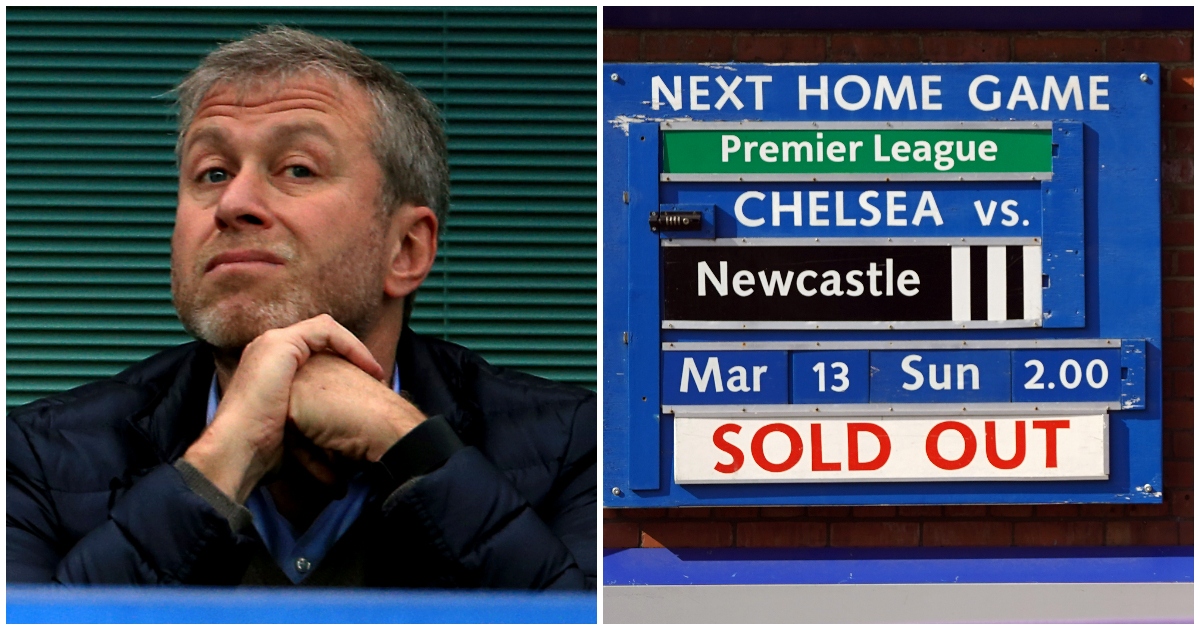 Chelsea can play on despite Roman Abramovich being sanctioned by the UK Goverment. But there are some major ramifications for the club.

The ‘Russia Regulations’ mean that Chelsea require a special licence to continue operating as a football club, which leaves the Blues in a state of paralysis for a so-far undefined period.

In the short term, here’s what it means for the European champions…

The sale of Chelsea is on hold. For now…
Abramovich put Chelsea up for sale last week and reportedly invited bids by last Friday, presumably well aware the Government was coming for his assets. Hardly surprisingly, a week wasn’t quite long enough to attract a buyer and complete a deal for a club worth billions of pounds.

Any interested party – there are plenty, apparently – may now have to keep their cash in their pockets until this plays out. Maybe there is a future in which Abramovich remains the owner of Chelsea since a sale is now considerably more complicated. But that, among other things, would presumably require a dramatic de-escalation of the crisis in Ukraine, which Vladimir Putin appears in no mood for no matter how much his billionaire mates lean on him. The massive c*nt.

However, it may be that the club could still change ownership. Matt Law is writing in The Telegraph that ‘a sale of Chelsea can still go through if Abramovich agrees to allow the government to take over the process and decide where the funds, which are likely to top £2billion, from any deal go’.

So it may be that Chelsea could change hands if Abramovich effectively agrees to walk away and let the government decide where the proceeds from any sale go. It would involve a huge financial hit – he wasn’t short of a few roubles – but there appears no other way for the oligarch to protect his Chelsea legacy, something he is said to be ‘desperate’ to do, if these restrictions remain upon the club for a period of months.

The next transfer window is over three-and-a-half months away so it is possible that this changes before the summer. Possible, but unlikely.

It also means that sales are prohibited.

Chelsea cannot renew players’ contracts
These measures are a hammer blow to their hopes of keeping Antonio Rudiger, Andreas Christensen and Cesar Azpilicueta.

All three were set to become free agents in the summer at the end of their current deals. Under the terms of the licence, Chelsea cannot enter into a new agreement with those players or any other who is out of contract at the end of the season.

It seemed likely that all three would leave anyway but these developments seem to bury what hopes the Blues may have harboured of retaining their three defenders.

Saul Niguez will also be heading back to Atletico Madrid at the end of his loan period. Which was almost certainly going to happen anyway.

No sale of tickets to supporters
Only Chelsea season-ticket holders and those who have already purchased match tickets prior to today can attend matches under the terms of the licence.

Those restrictions also apply to away fans, though a workaround might involve those travelling supporters buying tickets direct from their club.

Supporters attending Chelsea matches will still be able to pay through the nose for their half-time burger, but they’d be best advised not to bother…

Burger and chips (in a cup) at Chelsea (@ChelseaFC)

Chelsea are allowed to spend a maximum of £500,000 per fixture on ‘security, catering and stewarding’.

No sale of merchandise by the club
The ‘closed’ sign has gone up on the door of the Chelsea megastore but ‘third parties who purchased or produced club merchandise prior to March 10 are permitted to sell existing stocks on condition that no funds or other financial benefits are made available to the club or Abramovich’.

So it seems the club’s only source of new revenue, which will be frozen anyway, are those frozen burgers and chips.

Chelsea can still pay outstanding transfer fees
The Blues cannot wriggle out of their financial obligations over previous signings.

The club may pay ‘inter-club payments to discharge obligations which existed prior to March 10 under player sale and player loan arrangements’.

So any instalments on previous signings like £97.5million striker Romelu Lukaku must still be paid. But clubs who have bought or borrowed off Chelsea must also continue to make their agreed payments.

Chelsea can pay ‘reasonable’ travel costs
The licence allows Chelsea to pay a maximum of £20,000 per game per club team for travel expenses for players and ‘essential staff’.

So it’s the Megabus and a Travelodge for Tommy T and his boys.

We assume that arrangements have already been made and paid for ahead of the Champions League trip to Lille next week. Should they progress to the last eight, they may be hoping for a kind draw based on the Interrail map.

For context, a usual Premier League away game with a flight, security, food, hotels etc would be about £30k. Going abroad, don’t see how they can do anything other than either commercial flights or drive their bus & significant drop in standard of hotel. Will make a big impact. https://t.co/23bSQuMA40

But, much like any prize money earned from today onwards, those funds will immediately be frozen.

How long will Chelsea operate like this?
Without a sale or the sanctions on Abramovich being lifted, it is unclear.

The licence expires on May 31 this year, but the government ‘may vary, revoke or suspend this licence at any time’.