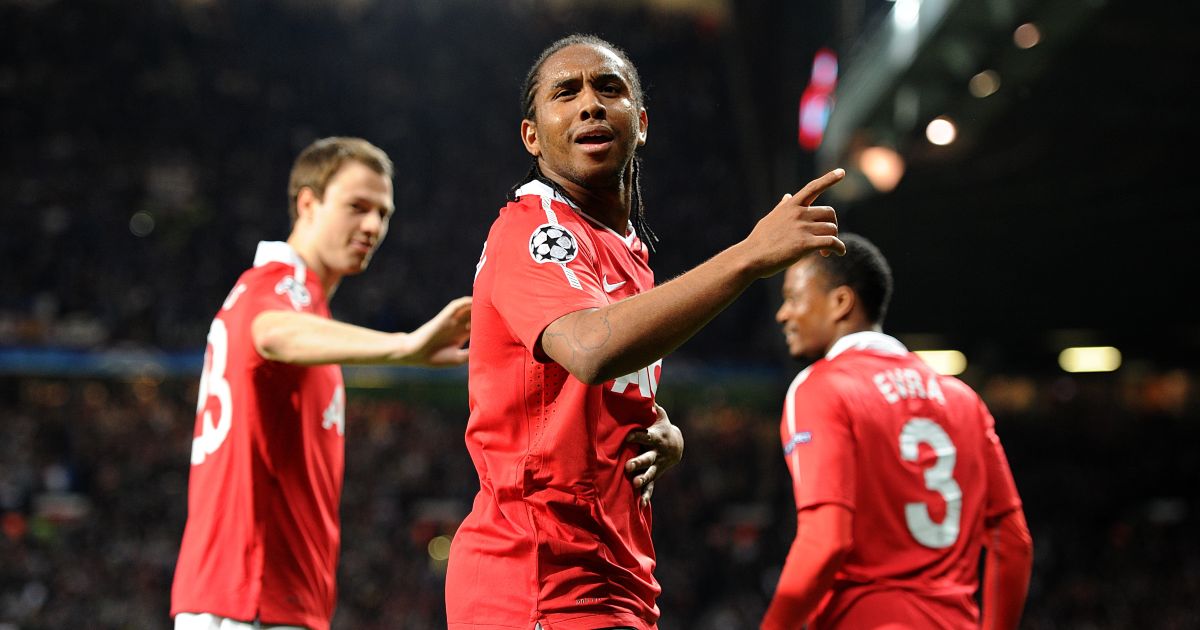 Both Bayern and PSG benefited from kind runs last season, while Manchester United and Chelsea have had their share of Champions League luck.

After looking at the toughest ever routes to a Champions League final, it is time to rank the easiest.

10) Bayern Munich 2009/10
It will remain the final Champions League campaign in which Louis van Gaal won a knockout tie, his only two subsequent forays in the competition ending in defeat to a poor reigning champion the following season in Inter, before the whole Nick Powell substitution debacle in 2015.

Van Gaal’s swansong in terms of relevance on this stage was a little underwhelming. Bayern sneaked through as runners-up in a weak group despite some solid names: Bordeaux finished sixth in Ligue Un and were knocked out by a middling Lyon team in the next round, while Juventus came seventh in Serie A and had their European journey ended by Roy Hodgson’s Fulham. Maccabi Haifa rounded off the quartet and became the first club with zero wins, zero points and zero goals in a Champions League group stage.

Bayern had a presentable route to the final from there but still made hard work of it. Fiorentina, 14th in Serie A, and a Manchester United side without Cristiano Ronaldo, fuelled only by Sir Alex Ferguson’s brilliance and Wayne Rooney’s random mastery of headers, were both dispatched on away goals. That aforementioned Lyon side, who could not prevent Marseille claiming the domestic title, were swatted aside without scoring in the semi-final.

9) Ajax 1995/96
Van Gaal was no stranger to more forgiving paths to the final. Ajax were handed a favourable run in defence of their trophy in 1995/96, including fodder in the form of Ferencvaros and Grasshopper. They collected seven points between them from a group also involving Real Madrid, which sounds daunting until you consider they finished sixth in La Liga and changed both managers and presidents during an atrocious and turbulent campaign.

Dortmund were a tougher assignment in the quarter-finals but the inexperience of a side that had not played in the European Cup since 1964 was thoroughly exposed by the kings of the continent, who faced and eventually thrashed prime Sporcle hindrances Panathinaikos in the semis.

8) Juventus 1996/97
Ajax had been dismantled by the time Juventus put them out of their semi-final misery in 1997. Frank Rijkaard, Clarence Seedorf, Finidi George, Nwankwo Kanu, Michael Reiziger and Edgar Davids had all left Amsterdam as Marcello Lippi bullied his way to the final; that they faced Rosenborg in the last eight underlines how few obstacles they faced.

The group stage was arguably more treacherous but then Premier League champions Manchester United would only enjoy their watershed European moment under Ferguson much later in the season, while Fenerbahce and Rapid Vienna had no answer to the unique stylings of Alen Boksic or the brilliant Paolo Montero. 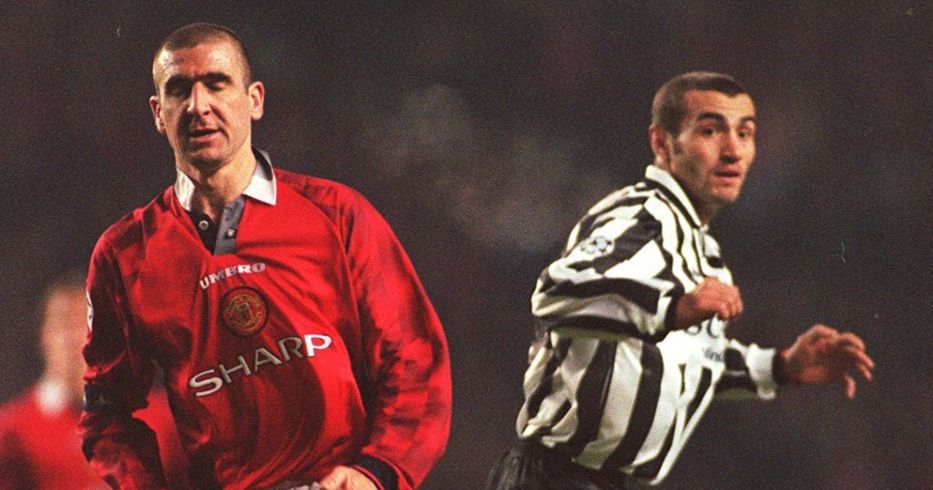 7) Paris Saint-Germain 2019/20
It is quite the effort to face two European Cup knockout stage virgins in a single campaign. Paris Saint-Germain managed the feat last season against Atalanta in the quarter-final and Leipzig in the semi, both of which were made even more straightforward by a global pandemic reducing them to one-legged affairs. Borussia Dortmund and Erling Haaland had to be dealt with over 180 minutes but PSG facing a team so fragile and callow in the last 16 certainly helped.

Thomas Tuchel did continue his ongoing unbeaten record against Real Madrid with a resounding victory and a hard-fought draw in the group stage, although Club Brugge and Galatasaray ensured there was no actual jeopardy in terms of failing to progress. From there the road was pretty clear until Bayern Munich emerged at the final junction to stop Eric Maxim Choupo-Moting becoming a European champion.

6) Porto 2003/04
Someone ought to tell Jose Mourinho that his entire gimmick is built on shaky foundations. Guiding Porto to European glory in any circumstance is a remarkable modern achievement but they hardly conquered the continent’s finest teams to do it in 2004, instead benefiting from a season in which most teams were flawed and the better ones stumbled long before the finish line. Arsenal should have won it but were taken out by Chelsea, who themselves fell to Monaco (third in Ligue Un), the team that put out Real Madrid after Los Blancos dispensed with Bayern Munich in the round of 16. La Liga champions Valencia and Bundesliga winners Werder Bremen did not even qualify, while Serie A kings Milan contrived to let a 4-1 away first-leg lead slip against Deportivo in the quarters.

Porto do still deserve credit for navigating what was left, finishing second in a group containing a poor Real Madrid side that came fourth in La Liga, as well as Marseille and Partizan Belgrade. One of Ferguson’s transitional Manchester United teams was next, then an underwhelming Lyon and a pretty ordinary Deportivo. There is little wonder Mourinho informs us about the destination rather than the journey to his crowning glory.

5) Ajax 1994/95
Ajax faced AC Milan three times before lifting the European Cup in 1995, yet none of the four goals they conceded in the competition that season were scored by them. AEK Athens and Casino Salzburg breached the Dutch defence and Milan actually finished level on points with the latter in their group after having two docked for crowd trouble, while a two-match ban from playing at the San Siro coincided with Ajax’s trip to Italy. That likely contributed to a comfortable 2-0 win for Van Gaal’s charges in Trieste, although Milan were a fading force at that point and only finished fourth in Serie A.

The reward for winning that group was a substantially easier course to the final. Both Ajax and Milan made it there but while the Italians had to beat a dangerous Benfica and Ali Dia’s uncle‘s and David Ginola’s PSG, the formidable Dutch faced Hajduk Split and Bayern Munich, who edged past IFK Goteborg on away goals in the previous round and came sixth in the Bundesliga with Christian Ziege as their top scorer. 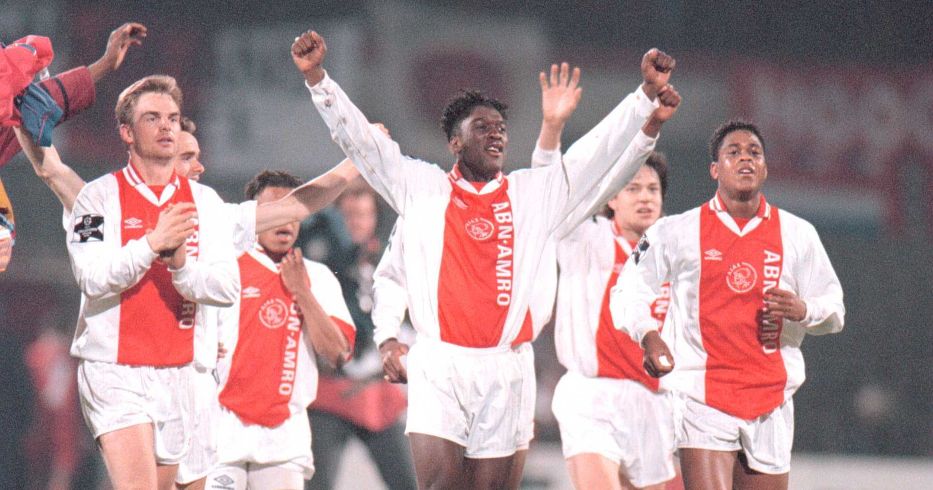 4) Bayern Munich 2019/20
That was not the case two-and-a-half decades later. Ziege was manager of FC Pinzgau, Bayern Munich were dominating the Bundesliga for an eighth consecutive season and they had Europe’s most prolific forward in their ranks. Robert Lewandowski scored more goals (15) than semi-finalists Lyon (14) in last season’s tournament.

Bayern won all 11 of their fixtures and scored at least two goals in every game until the final against PSG, when one was enough. They massacred a group of Tottenham, Olympiacos and Red Star Belgrade, beating runners-up Spurs 10-3 on aggregate in their meetings. Then Frank Lampard’s Chelsea were laughably out of their depth in the last 16, a Barcelona team already on the brink of crisis was crushed 8-2 in the quarters and Lyon had little chance in the last four.

3) Chelsea 2007/08
Avram Grant came so close to becoming a European champion but a deeper look at Chelsea’s challengers in 2007/08 explains much of it. A group of Schalke, Rosenborg and Valencia was traversed without defeat, although Roman Abramovich was so offended by a home draw against the Tippeligaen’s fifth-placed side that he mutually consented Mourinho two days later. Grant came in to take them into the knockout stages, where the real challenges awaited: Olympiacos and Fenerbahce might be the most elementary path to a semi-final possible.

The difficulty level was moved up a couple of notches at that point, but even then a tie with Liverpool was far from foreboding. As much as Rafael Benitez had earned his reputation in the competition, the Reds came second in their group to Porto and were a distant fourth in the Premier League, with Chelsea not about to let 2005 repeat itself. John Arne Riise broke Phil Thompson’s heart live on air with a stoppage-time own goal at Anfield, before Didier Drogba and Frank Lampard sent them through at Stamford Bridge after extra-time.

2) Manchester United 2010/11
It is not often that a manager is able to use a Champions League semi-final second leg as an opportunity to rest and rotate important players. Yet Manchester United had that luxury in 2011, hosting Schalke with a two-goal lead three days before welcoming Chelsea to Old Trafford when three points separated the two teams in the Premier League in early May. Ferguson made eight changes, left Wayne Rooney out of his squad altogether, and watched Anderson, Antonio Valencia and Darron Gibson deconstruct a team that finished that season 14th in the Bundesliga.

Manchester United faced one genuine test of any kind before being humbled in the final: title rivals Chelsea in the quarters, with the Blues strangely inadequate over two legs. Marseille were also no match in the round of 16 after an unbeaten group stage against Valencia, Rangers and Bursaspor.

1) Real Madrid 2015/16
“Easy group. Second round v third-best Italian team, quarters against eighth-best German team, semis against fourth-best English team. Second leg always at home,” was the pithy response Gerard Pique gave when asked in August 2016, ahead of the Champions League group-stage draw, what sort of passage he would prefer for Barcelona. One had to read between the lines and squint to detect the passive-aggressive subtext.

The ‘easy group’ consisted of PSG, Shakhtar Donetsk and Malmo, negotiated without defeat. The ‘third-best Italian team’ was Roma, who scraped into the knockouts on head-to-head record with a single win in their group. The eighth-best German team was Wolfsburg, who resisted the aforementioned Powell change to beat Gent in the round of 16 before taking a 2-0 first-leg lead against Real, to be fair to them. And the ‘fourth-best English team’ was Manchester City, in their first European Cup semi-final and on cruise control since Manuel Pellegrini announced he would be leaving at the end of the season in February.

With every second leg played at the Bernabeu it is no mystery as to why some felt Real had been given an easy ride. Fellow finalists Atletico Madrid had to beat the champions of the Netherlands (PSV), Spain (Barcelona) and Germany (Bayern Munich) to get as far. 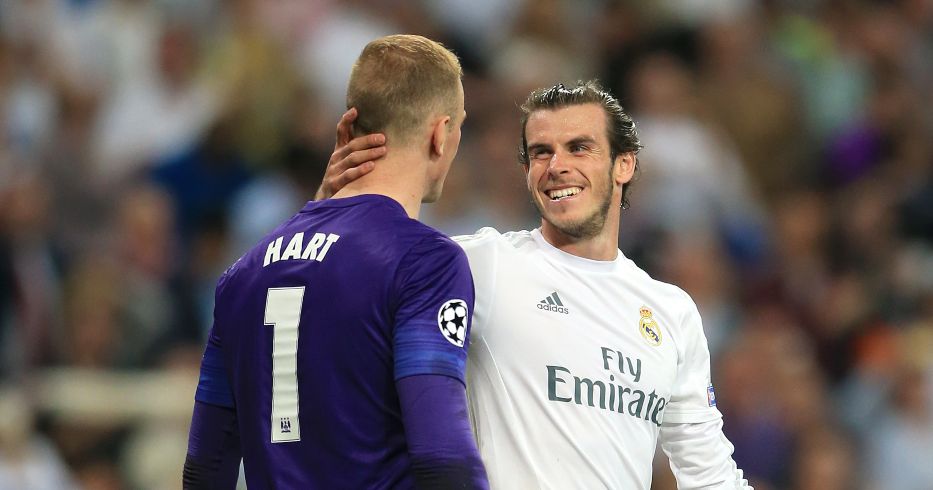 topical top 10
Your browser is out-of-date!