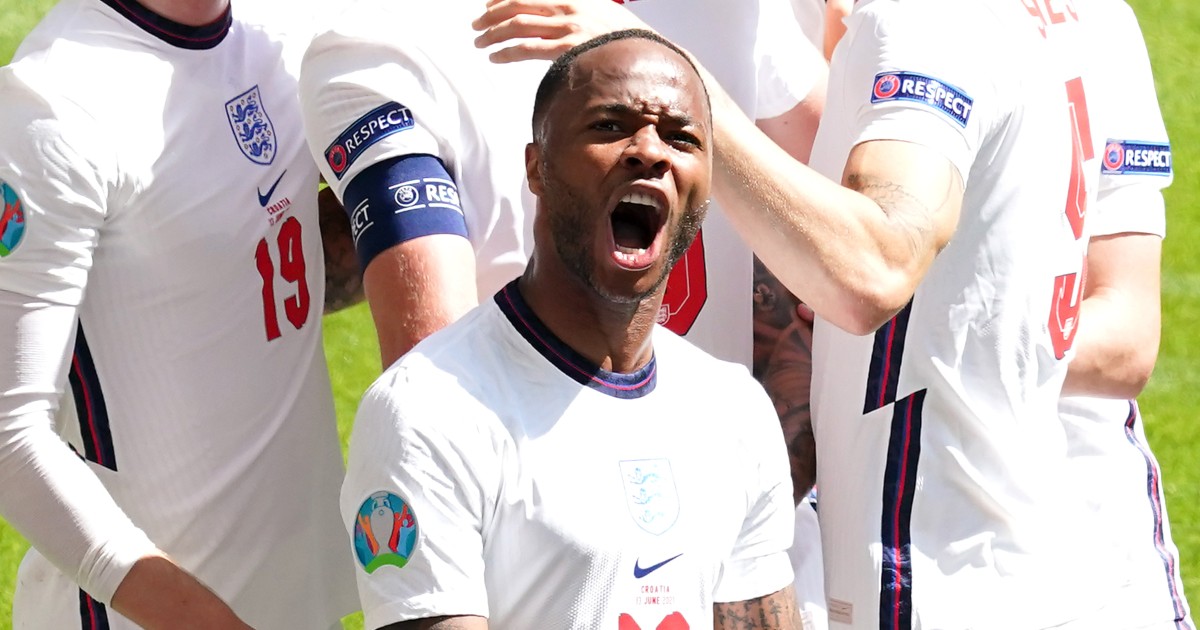 Arsenal and Tottenham have been or are being linked with every player that has already done well at Euro 2020. They’d both better move quick.

10) Tomas Vaclik
Patrik Schick deserves the headlines but Bayer Leverkusen will consider their £23m investment in the Czech Republic striker last summer to be sufficiently protected on a four-year contract. The same cannot be said of goalkeeper Tomas Vaclik, who quelled a rapturous Hampden Park and kept Scotland at bay. No keeper has made more saves than his six in keeping a clean sheet at the tournament so far.

While age would ordinarily preclude the 32-year-old from making a lucrative move even as a goalkeeper, Vaclik is leaving Sevilla as a free agent this summer and thus has his choice of suitors with no transfer fee. This season was spent as back-up to new signing Yassine Bounou but two campaigns as first choice in Andalusia marked him out as an eminently dependable custodian. If Runar Alex Runarsson still cannot be trusted then Arsenal could do worse.

Czech Republic goalkeeper Tomáš Vaclík – who is having a very good match – would be a thoroughly decent signing for any club this summer. He is a free agent after leaving Sevilla. Very rarely has a bad game. #CZE

9) Marcel Sabitzer
“I can imagine it a lot,” was the recent response from Marcel Sabitzer when asked for his thoughts on joining Liverpool or Manchester United. After six years in the Leipzig first team, preceded by a season on loan with Salzburg, it might indeed be time for the Austrian to spread his wings and fly the Red Bull coop.

The 27-year-old continues to make sporadic appearances in Premier League transfer gossip columns, his Champions League double at home to Tottenham in March 2020 only boosting his value in such circles before a couple of disappointing showings against Liverpool this season dampened the excitement levels of those who judge foreign-based players only on how well they do against English opposition.

Leipzig captain Sabitzer orchestrated a hard-fought and fun victory over North Macedonia that ought to raise his profile once more as his contract enters its final year. The opposition might have been modest but Sabitzer was close to matching teammate David Alaba for sustained quality and there can be few bigger compliments. Netherlands should perhaps abandon their ambitious non-midfield against him on Thursday.

8) Danny Ward
The opposition manager when Danny Ward last played a Premier League game was Francesco Guidolin. Among his teammates were Kevin Stewart, Pedro Chirivella and the red-carded Brad Smith. Andre Ayew scored twice. Leicester were top of the table, followed by Tottenham and Arsenal. The goalkeeper has made as many European Championship appearances for Wales as he has in the English top flight and the former will surely surpass the latter by next week.

Ward was given the nod ahead of Wayne Hennessey for the first game of Euro 2016 as Wales overcame Slovakia, with history repeating itself in the battling draw against Switzerland. The 27-year-old pulled off a series of fantastic saves to provide the foundation for Kieffer Moore’s equaliser as Wales’ men of the match justified Rob Page’s selection. Ward signed a new Leicester contract in April that runs until 2025 but it is not difficult to pre-empt the rumours of a potential move as Kasper Schmeichel retains permanent ownership of the King Power gloves. His understudy is in a fine position to parlay a showcase summer into a chance elsewhere as first-choice starter. 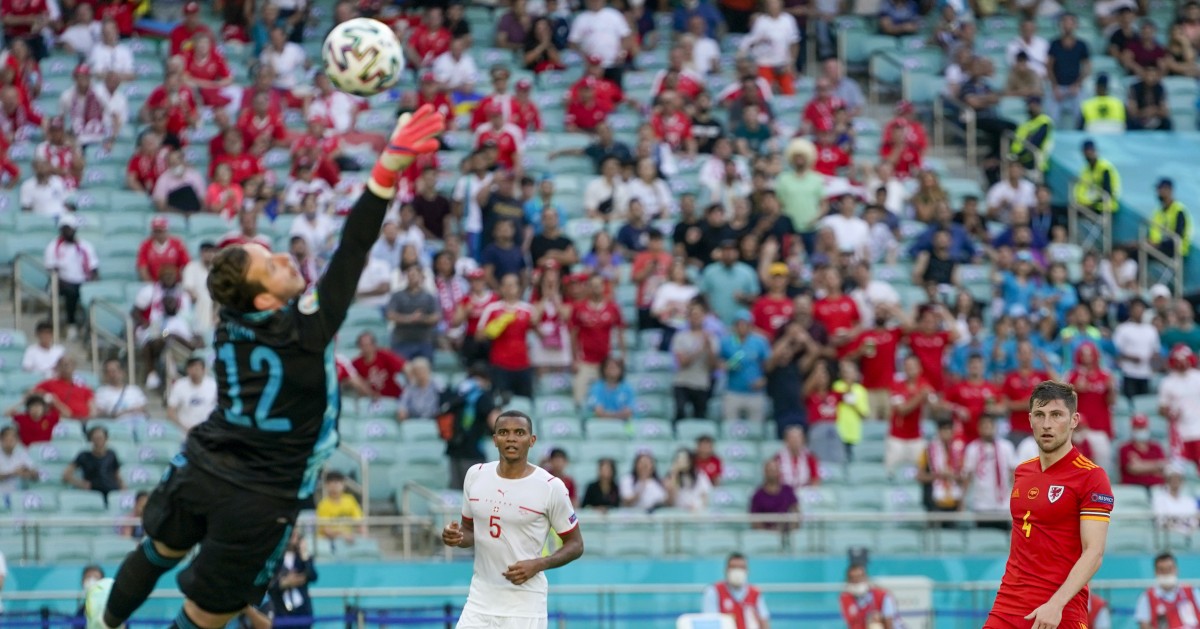 7) Wout Weghorst
It is incredibly life-affirming to note that Calciomercato linked West Ham with Wout Weghorst last month. A 6ft 6ins 28-year-old who has only ever played club football in Holland or Germany and won the first of his seven international caps aged 25 against England is absolutely dripping in Gold and Sullivan energy. He was born to talk about bubbles and do the crossed hammers pose after joining for £40m, only to score seven goals in 42 appearances and leave for Zenit St Petersburg after 18 months. It is written.

The Wolfsburg striker confirmed that Tottenham were “serious” about signing him last summer – Arsenal have also been mentioned before – but Weghorst stayed to score 20 goals and fire Die Wolfe to Champions League qualification. That would remove most temptations to look elsewhere but put it past no Premier League club to offer to triple his wages after a well-taken goal for the Netherlands against Ukraine.

6) Daniel O’Shaughnessy
The result paled into insignificance in the context of what unfolded but Finland were right to take immense pride in their performance and victory. A masterful collective defensive display was required to thwart Denmark, from Lukas Hradecky’s exceptional goalkeeping to a five-man backline that made eight tackles, 13 interceptions, 25 clearances and blocked five shots between them.

Hradecky, right-back Jukka Raitala and centre-halves Paulus Arajuuri and Joona Toivio are all over 30 and unlikely to command too much serious interest. Left-back Jere Uronen was linked with Celtic last September and might well find himself on the radar of many other clubs soon. But O’Shaughnessy, a reported target for Preston, QPR, Sheffield Wednesday and Barnsley in the January transfer window, has already been promoted to the Galatasaray rumour mill as HJK Helsinki fight to keep him. The call is whether to cash in now on a centre-half whose contract expires next December or hoard a player who proved vital in their league and cup double win last year.

5) Nicolo Barella
That midfield will take some beating. Luka Modric, Marcelo Brozovic and Mateo Kovacic were dethroned by Declan Rice, Kalvin Phillips and Mason Mount but Euro 2020 opened with a central triumvirate better than both Croatia’s and England’s. Jorginho and Manuel Locatelli were sublime against Turkey, with Nicolo Barella the consummate puppet master. No player completed more dribbles (3) and no-one was fouled more often (3) than the Serie A winner, who revelled in the freedom of Rome to play a crucial part in all three goals.

The usual suspects have been linked before. Arsenal were in the running last November and as recently as last month Chelsea were said to be interested in exploiting Inter Milan’s pressing need to sell players. Jorginho would be particularly delighted; he believes Barella and N’Golo Kante “resemble each other in characteristics” and there can be no higher praise currently. 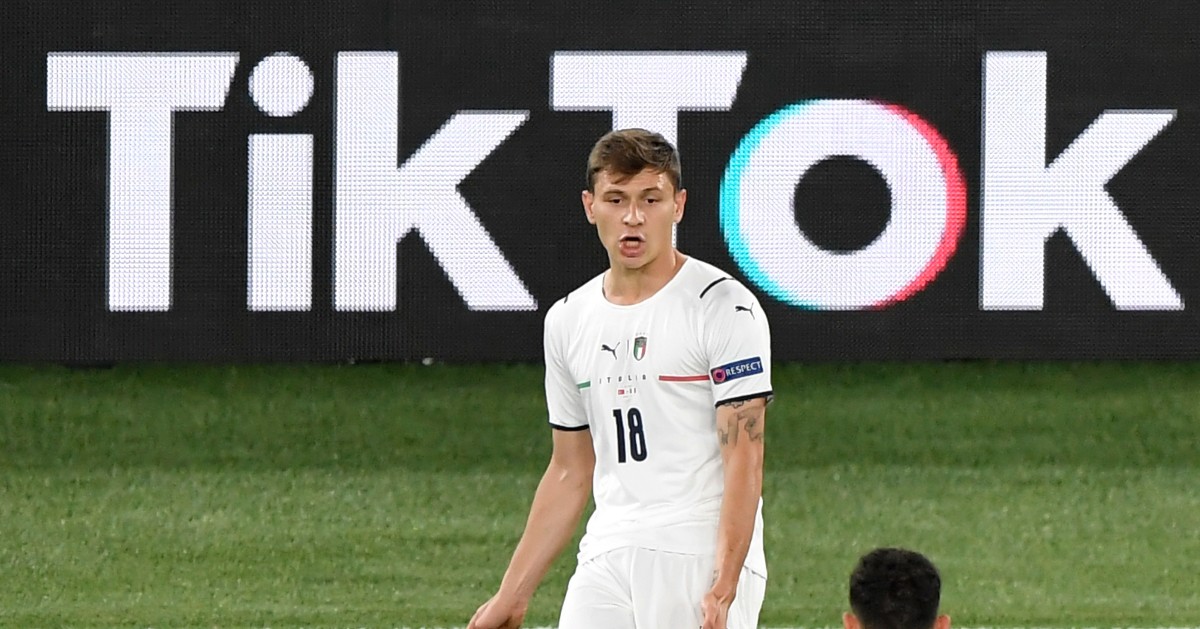 4) Breel Embolo
“There is a reason why Mourinho desperately wanted to sign him for Manchester United,” said Schalke director Christian Heidel, his words accompanying a grand reveal video in which the Bundesliga club claimed to have beaten Arsenal, Manchester United and Barcelona to the signing of Breel Embolo. The 19-year-old had played every game of Switzerland’s Euro 2016 campaign as they exited at the last-16 stage on penalties, failing to score but underlining his obvious raw talents on a global stage.

Things have not gone to plan for the forward since. Three years at Schalke and two more at Borussia Monchengladbach have been stunted by injury problems but the ability remains and was evident against Wales. The popular Embolo was the most influential player for either side and deserved his opener, robbed of an assist only by Haris Seferovic’s trademark haphazard finishing. Adi Hutter could bring the best out of the 24-year-old when he takes over from Marco Rose as Gladbach manager next season but going from Champions League participation to not even qualifying for the Conference League might persuade Embolo to cash in if his stock raises much higher.

3) Raheem Sterling
The idea that Arsenal and Tottenham belonged in the same transfer conversation as Raheem Sterling always seemed a little backwards, as though the north London clubs had drunkenly stumbled into Waitrose and no-one bothered to escort them out because they weren’t actually doing anyone any harm. The forward was not as ubiquitous in Manchester City’s domestic glory this season but reached double figures for goals for the fourth consecutive Premier League campaign and added one more title winner’s medal to his burgeoning collection.

A drop from the best team in the country and regular trophies to sides that finished 7th or 8th and can only offer third-rate European competition with potential cup runs at most made sense only in the minds of those with Premier League tunnel vision. If Sterling and Manchester City ever were to part it would be a move that both parties could realistically sell as a sideways step at worst, not an obvious downgrade.

A match-winning goal in a major international tournament certainly aids Sterling’s chances in that regard, particularly as his only previous strikes for England against a team currently ranked in FIFA’s top 30 nations both came against Spain in October 2018. The 26-year-old has his faults and is not the player of one or two years ago but has already proven he remains in a different market to some supposed shoppers.

2) Domenico Berardi
Sassuolo would do remarkably well to keep hold of Domenico Berardi much longer. The forward is a Neroverdi lifer, joining at 16 and inspiring them to the Serie B championship in his first season as a professional. In eight campaigns since, the 26-year-old has 86 goals in 238 league games as a winger for a side that exists outside the established elite. He has two fewer Serie A career goals than Paulo Dybala in four fewer games and sits 17th on a list of all-time Italian top-flight scorers who have only played for one club.

That sort of form shone through against Turkey, Berardi translating his best goalscoring season at club level into a role as Roberto Mancini’s chief creator. He laid on five chances and forced Merih Demiral into the concession of the first goal as Umut Meras summarily failed to deal with the threat while Hakan Calhanoglu offered no support on that side. With three years left on his Sassuolo contract there might be no immediate decision with regards to Berardi’s future but if he continues in the same vein then the familiar moneyed vultures will circle soon before insisting that they have no choice but to form a European breakaway league because everyone is skint.

Don’t worry: Arsenal and Tottenham were among those linked on Monday.

Gazetta:
Domenico Berardi is ready for a new experience away from Sassuolo.

Tottenham, Arsenal & Manchester United have enquired about his current situation.

Sassuolo want 50m€ to let him join another club.

Juventus are focusing on Locatellihttps://t.co/MLOXb2PkMw

1) Alexander Isak
You can lead a horse to water but you can’t make it drink. You can give a donkey a sitter from a few yards out but Marcus Berg has never scored at a World Cup or European Championship. Sweden held Spain to a goalless draw yet the standout player was a striker who the underdogs substituted shortly after an hour.

Janne Andersson was presumably saving the 21-year-old’s energy for later in the tournament as his side earned an excellent point, yet the mind wandered to what else Isak might have managed in the final 20 minutes. Not long before he came off the forward had escaped the attention of three Spain defenders in the penalty area, dancing through Pau Torres before clipping the ball across to an unassuming Berg. Isak even started that move with an incisive pass while in the first half he sat Aymeric Laporte down before having an effort cleared off the line and onto the post.

Arsenal are obviously watching him. Oh, and Tottenham. The absolute best of luck to them in arguing that they are currently any better than Real Sociedad. 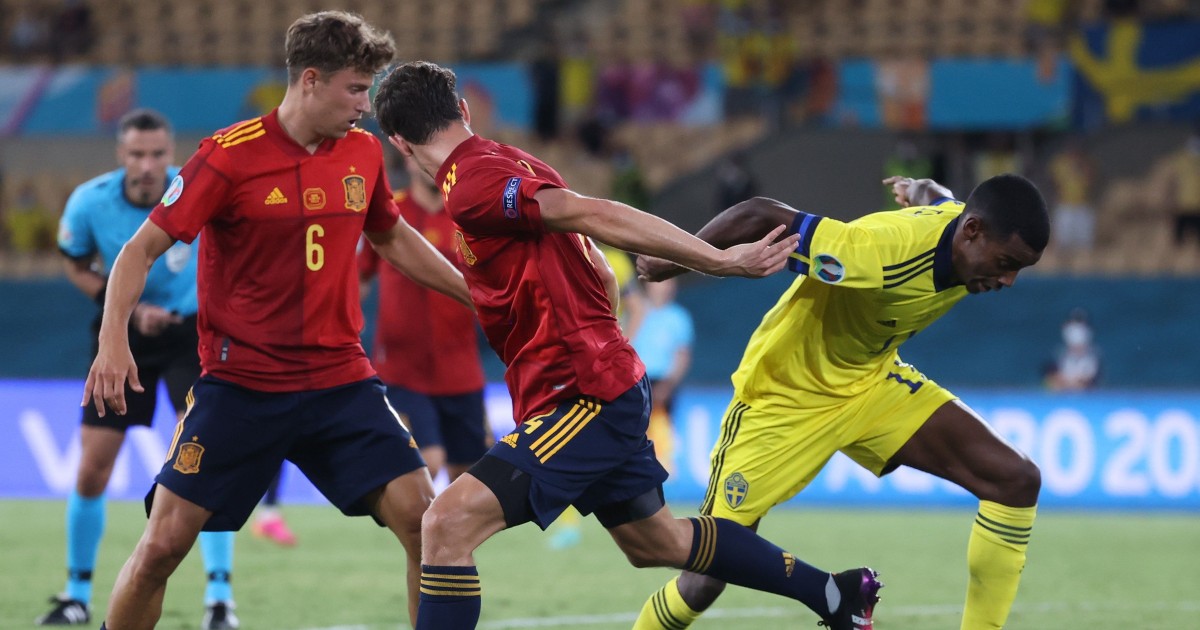