Home Arsenal Ten ex-internationals who dropped through the levels 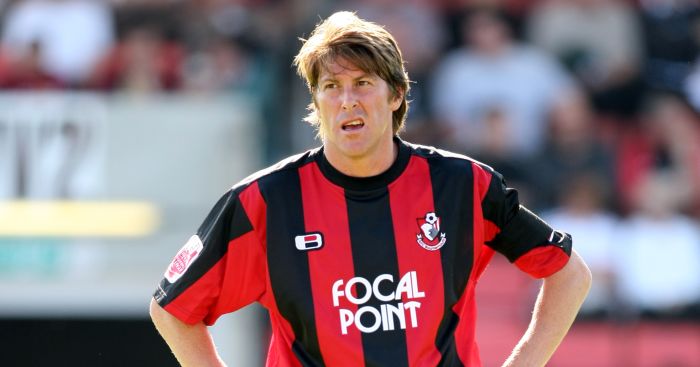 With John Terry dropping down a division to play for Aston Villa and rumours of Harry Redknapp trying to lure Ashley Cole to Birmingham, we take a look at some other internationals that took a drop through the levels…

Joe Cole
The former England international won two Premier League titles and three FA Cups in his heyday at Chelsea. A string of injuries hampered the end of his spell in west London before a free transfer to Liverpool marked the beginning of the end for Cole. A semi-successful loan spell with Ligue 1 side Lille followed a poor first season at Anfield, before he spent a season at West Ham and another with Aston Villa.

Then came his biggest fall from grace at the age of 33, when he joined League One Coventry on a loan deal before making the move permanent. Cole only made 22 appearances for Coventry and now resides in America where he plays for NASL side Tampa Bay Rowdies.

Peter Shilton
During his time at Nottingham Forest, Peter Shilton won the First Division title, a League Cup, two European Cups and a European Super Cup. He has more England caps than any other player (125) and also holds the all-time record for the most competitive appearances in world football.

It was Shilton’s desire to keep playing more than anything that meant he dropped down the divisions to keep going. Following a five-year spell at Derby County, Shilton accepted a player-manager role at Plymouth Argyle where he was unable to guide the club out of the old Second Division.

After a turbulent spell at Home Park he decided he just wanted to play again and at the age of 46 he joined Wimbledon in the Premier League, ahead of spells at Bolton, Coventry and West Ham before ending his career in the Third Division with Leyton Orient.

Sol Campbell
The former England defender only made this list by the skin of his teeth, due to the nature of his lower-league adventures. Campbell spent all but two months of his career in the Premier League, winning two titles, a League Cup and two FA Cups in his time at Tottenham, Arsenal and Portsmouth.

In 2009, however, Campbell made possibly the biggest mistake of his career when he signed a five-year deal with League Two side Notts County. The club had been recently taken over by a Middle Eastern consortium, who had appointed Sven Goran Eriksson as the new director of football. Campbell only lasted three days into the new season when his contract was cancelled by mutual consent.

Following his departure Campbell said he “was being a mug” in believing the club’s new owners were billionaires ready to take the club to the Premier League. He re-signed at Arsenal the following month.

Dietmar Hamann
The German had a glittering career in football with two Bundesliga titles and a UEFA Cup in his time with Bayern Munich, while he won two FA Cups, two League Cups and a Champions League title at Liverpool. The World Cup runner-up decided to leave all that glamour behind for the roundabouts of Milton Keynes.

With his career winding down following three years at Manchester City, Hamann decided to take up MK Dons offer of a player-coaching role. On his arrival, MK Dons boss at the time Karl Robinson said: “We’ll play 46 league games, if he plays 35 or more, I’ll tell you now, we’re going up.” He played 12 matches, left to join Leicester in February as first-team coach and MK Dons stayed down.

David James
He rose to fame with Liverpool as part of the ‘Spice Boys’, and earned the nickname ‘Calamity James’ owing to his frequent blunders. So perhaps it is no great surprise that he eventually had to drop a level later in his career to continue his 26-year professional career. James picked up an impressive 52 England caps in his career and is fourth on the list of all-time Premier League appearances.

In 2010, James decided to join Bristol City to be nearer to his family home in Devon. On his arrival at the Championship outfit, he said: “The club is ambitious and that’s what I am. The south west has not had a club in the Premier League and that needs to change.” Seven years later and they are still waiting.

James did enough in his first season to get a contract extension at Ashton Gate before he dropped another level to League One side Bournemouth, where he played 19 times as they were promoted to the Championship.

Teddy Sheringham
Sheringham’s extraordinary career saw him score an incredible 342 goals in 877 matches for ten different clubs. His most successful spells came at Manchester United where he won three Premier League titles, an FA Cup and a Champions League over a four-year period. Sheringham dropped out of the top-flight in 2004-05 when he joined West Ham in the Championship, however it was to be a rewarding drop for the ex-Tottenham striker.

The Hammers bounced straight back to the Premier League at the first attempt, beating Preston in the play-off final to secure promotion. Sheringham finished third highest goalscorer in the division, picked up the Championship Player of the Season award before helping West Ham get to the FA Cup final the following campaign.

Sheringham’s career ended on a slightly sour note, though, as his final season as a footballer resulted in relegation from the second tier with Colchester United.

Paul Ince
A top player in his day, Ince is one of only a small group of footballers that has swapped Manchester United for Liverpool, with his most successful spell coming with the Red Devils. The former England international spent five of his final six seasons playing football in leagues below the Premier League.

Having spent three seasons helping Middlesbrough comfortably avoid the drop from the Premier League, Ince got a fresh challenge at Wolverhampton Wanderers. In his first season he led them to Championship play-off glory with a 3-0 victory over Sheffield United in the final at the Millenium Stadium. Wolves came straight back down but Ince decided to stay on for a further two campaigns and on departure declared his desire to one day manage the club.

Short spells at League Two sides Swindon and Macclesfield in player-coaching roles followed before he decided to hang up his boots for good.

Nolberto Solano
‘Nobby’ spent much of his playing career in the English Premier League, playing for Newcastle United twice, Aston Villa and West Ham. The Peruvian, who achieved 95 caps for his country, became a cult hero on Tyneside – playing over 300 times for the Magpies.

Solano has described himself as an “adopted Geordie” and the accomplished trumpet player has even set up his own Salsa band called The Geordie Latinos. Spells in Greece and Peru followed his departure from West Ham in 2008 before he returned to England in 2010 to finish his career.

Leicester provided Solano with a chance to play in the Championship before he rejected a new six-month deal to follow Nigel Pearson to Hull City. He fittingly ended his playing career back in the north-east with Hartlepool United.

Darren Anderton
Anderton provided one of the most distinctive hair cuts of the early Premier League era and with it 12 years at Tottenham and almost 300 league appearances. The former England international only has one piece of silverware (League Cup) to show from his time at White Hart Lane but he will be remembered fondly in Premier League history.

Anderton’s first drop out of the top-flight came in 2005 when he joined Wolves and was re-united with former Spurs boss Glenn Hoddle. Anderton left the club at the end of that season with Wolves failing to offer him a new deal before joining League One side Bournemouth. He signed on a ‘pay-as-you-play’ contract before scoring a incredible 40-yard screamer on his debut against Scunthorpe United.

Ahead of the new 2007/08 season in League One, Portsmouth boss Harry Redknapp commented that Anderton could still be playing in the Premier League with “the right team and with the right players around him.” The Cherries were relegated that season following a ten point deduction for going into administration. However, Anderton did hang around until December of the next term in League Two to score an 88th-minute winner in the final match of his career.

Nick Barmby
The midfielder may not have won any silverware in his 20-year career, but he had a distinguished time at clubs such as Liverpool, Everton, Tottenham and Leeds. The first time he slipped out of the Premier League was a staggering nine years before his professional career was over at the age of only 29.

A quick loan spell at Nottingham Forest in 2003-04 was followed up by a huge drop to League One the following year with his hometown club Hull. That would be where the former England international would remain for the final seven years of his career. Barmby helped guide Hull from League One to the Premier League in a fairy tale four seasons in which he was a key player. That was followed up with two respectable terms in the top-flight before they were relegated.