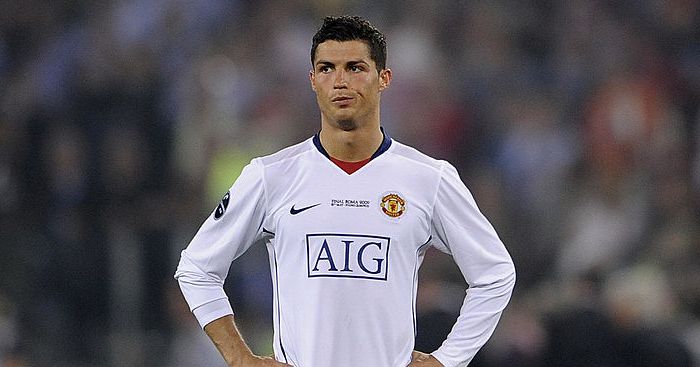 Seven years since Sir Alex Ferguson bowed out on a 5-5 draw, we look at ten famous failed football farewells.

10) Sir Alex Ferguson
While some aspects would be retained – the five visiting goals, the last stand of Paul Scholes and the midfielder’s subsequent life-affirming late booking for a woeful tackle – Sir Alex Ferguson would undeniably have made a few alterations to the final game of his remarkable managerial career. A Manchester United win, for one, would have been most fitting.

It was not to be at the Hawthorns that May afternoon in 2013. United held a three-goal lead heading into the closing ten minutes but contrived to squander their advantage out of pure Romelu Lukaku-induced fear: a sensation their supporters would later learn to embrace. That Rio Ferdinand was introduced for Jonny Evans at 5-4 certainly suggests an eagerness from Ferguson to secure a result to match the occasion.

After the emotion and spectacle of an 87th-minute winner at his Old Trafford farewell seven days before, it was an encore few wanted but everyone enjoyed, albeit not for the reasons Ferguson would have preferred.

9) Petr Cech
It felt perfect. Arsenal were in the Europa League and FA Cup, chasing Champions League qualification in the Premier League, when Petr Cech announced his impending retirement in January 2019. The 37-year-old would have ample opportunity to add to his 14 trophies and, as first-choice keeper in cup competitions, the ability to write a suitable conclusion to his own story.

Arsenal fell by the wayside in the FA Cup soon after but the Europa League provided a potentially poetic peroration, particularly as it had already been leaked that he would join final opponents and former flame Chelsea in a director role upon hanging up his gloves. Facing the Blues added a sort of testimonial aspect to his career climax; his teammates honoured that with an insipid, slow performance and the last game of one of the genuine modern goalkeeping greats saw him pluck the ball out of his own net four times.

8) Paolo Maldini
Although he would actually bow out with a Champions League-clinching win and clean sheet against Fiorentina a week later, Paolo Maldini might not remember his San Siro sayonara so fondly. To lose 3-2 to Roma was the injury; being bizarrely targeted by a section of the club’s Ultras was a bitter insult.

It was during his final lap of honour, at which most fans showed appreciation and adulation for service that spanned more than a quarter of a century, that Maldini spotted a message in the Curva Sud.

‘Thank you, Skipper. On the pitch you were an infinite champion, but you failed to show respect towards those who made you rich’

Later, another banner proudly displayed the image of Franco Baresi, accompanied with a chant of “there’s only one captain”. Maldini, perceived by many to have toed the company line once too often, stated only that he was “proud not to be one of them”.

7) Paul Gascoigne
It remains one of the finest single competition runs of any player ever. Paul Gascoigne scored twice in the fourth and fifth rounds of the 1991 FA Cup, opening the scoring in the quarter-final and, most memorably of all, the semi-final against Arsenal at Wembley. Tottenham were on the brink of their first silverware in seven years and a 23-year-old upstart had dragged them there.

These were the final glimpses of Gascoigne at his absolute peak. He required sedatives to sleep the night before the final against Nottingham Forest and, by his own admission, “was too hyped up”. In a tackle on Gary Charles designed to “let him know he was in a game”, Gascoigne ruptured the cruciate ligaments in his own right knee, took his place in the wall for Stuart Pearce to score the subsequent free-kick, then was substituted almost immediately afterwards, with barely 15 minutes played.

It was always likely to be his last match for Tottenham, with speculation of an £8.5m move to Lazio underpinning his entire season. That still came to pass but much later at a downgraded £5.5m in the summer of 1992, following a year of rehabilitation and a setback that required surgery after an incident on a night out. He should have been on this list really.

6) Cristiano Ronaldo
“We didn’t do well,” said Cristiano Ronaldo. “The tactics were not good and everything went wrong for us. We were only in it for 10 minutes and we never found ourselves again. We lost a goal in the first minutes and after it was going to be difficult, but that’s football. Barcelona controlled the game and deserved to win. But I’m sure I’m going to play more finals.”

The Portuguese stayed true to that promise, but the 2009 humbling against Barca in Rome remains his only defeat in a Champions League final. While Ronaldo delivered another Premier League title after pledging one more season to Manchester United, his true desire was to help them defend their European crown before joining Real Madrid.

Another review of that performance shows a pulsating Ronaldo start pierced by Samuel Eto’o’s early opener. After proving largely ineffective thereafter, his frustration builds to a petulant crescendo of wonderfully late tackles, culminating in his being booked purely coincidentally eight minutes after Lionel Messi doubled the deficit. He would leave within a month to invigorate that rivalry.

5) Brian Clough
There was an element of artistry in Brian Clough’s final Nottingham Forest season. A manager that dominated the media oversaw victory in the first televised Premier League game in August 1992, but had succumbed to relegation and retirement by May. In doing so, Clough left Forest precisely where he first found them more than 18 years earlier: as a second-tier club, albeit now with a couple of European Cups and a league title in the trophy cabinet.

His son Nigel even scored the final goal of his entire managerial career, but defeat to Ipswich rather spoiled the moment. Forest were beaten 2-0 in his last outing at the City Ground a week prior, with Barry Davies noting during the post-match interview that “to leave after all your years of success, as a loser, it’s just not right for Brian Clough, is it?”. Quite. Try not to let that dust get in your eye, mind.

4) Robert Pires
It is a moment barely captured on video, an image cameras lingered on for only a second before returning to the unfolding story. Robert Pires did not embrace Arsene Wenger or offer a handshake; he could not even bear to initiate eye contact. His last contribution in an Arsenal shirt was to be the sacrificial substitute when Jens Lehmann was sent off after 18 minutes against Barcelona, forced to watch a devastating defeat from the stands.

Pires was on an expiring contract that Arsenal were refusing to extend by more than one year, but he could hardly have planned his last game better: a Champions League final in the Stade de France, with his family and friends in attendance. Yet he barely had a chance to touch the ball by the time he was unceremoniously removed.

“I didn’t want to kill Wenger, but Jens? Yeah, I’d have killed the German! Bastard!” he later noted, although probably not to his face. “It was the worst moment of my career,” he added. Pires joined Villarreal a week later, an unbefitting conclusion to a legendary spell.

3) Steven Gerrard
The timing of a departure can lead to inevitable burnout. It was January 2 when Steven Gerrard’s resolve to leave Liverpool upon the expiration of his contract that summer became public knowledge, thereby manufacturing a five-month run of emotional last evers and more failed happy endings than a clumsy massage parlour.

Would there be one final trophy? Not if Jack Grealish and Tim Sherwood had anything to do with it, Aston Villa thwarting Liverpool in the FA Cup semi-final. Indifferent Premier League form guaranteed there would again be no title but perhaps a last Merseyside derby could stoke the fire? But a 0-0 draw unfortunately passed by without incident at Goodison Park.

Then came his sending-off within seconds of coming on as a substitute in his final meeting with Manchester United, followed by defeat to Crystal Palace in his Anfield farewell and, to be fair, a goal in his last Premier League game. How unfortunate that it came after Stoke scored five before adding another late on.

2) Zinedine Zidane
Then there was Zinedine Zidane, who waited until April 2006 before announcing that he would retire at the conclusion of that year’s World Cup. Real Madrid had finished a distant second in La Liga and exited the Copa del Rey and Champions League at the semi-final and last-16 stages respectively, so it was on France to ensure ZZ’s goodbye was top.

He did the majority of the heavy lifting, mind, scoring against Spain in the round of 16, delivering a masterclass against Brazil in the quarter-finals and netting the only goal against Portugal in the semis. Zidane even put Les Bleus in the lead against Italy in the final but would not have an opportunity to repeat such penalty heroics after planting a cranium kiss into Marco Materazzi’s chest cavity in extra-time. One of the single greatest careers in modern football came to a sudden end in the 110th minute on the biggest possible stage. Not that he regrets a damn thing.

1) Diego Maradona
There was his final game at Barcelona: a 1-0 defeat in the 1984 Copa del Rey final, after which he helped instigate the sort of mass brawl we absolutely love hate to see by headbutting, elbowing and kneeing three separate players in a quite impressive display of non-simultaneous dexterity, all in front of the watching Spanish royal family.

Then at Napoli, where he spent one season too many and was handed a 15-month ban for cocaine-related charges in April 1991, the club finishing a disappointing eighth in defence of their Serie A crown and Maradona’s final game coming in a chastening 4-1 defeat to Sampdoria.

Even his one year at Sevilla ended inauspiciously when he was substituted after 53 minutes of a nondescript La Liga game in June 1993, before tearing off his captain’s armband, screaming at the manager, storming down the tunnel and subsequently leaving for Newell’s Old Boys.

But that pales in comparison to his exit from the international scene. As a result of his drugs ban, Maradona played just six times for Argentina between the 1990 World Cup final defeat to Germany and the 1994 tournament in the United States. Yet the 33-year-old could hardly not be picked in the vain hope of rekindling that 1986 magic. A dreadful qualifying campaign saw La Albiceleste scrape past Australia in a play-off, inspired to victory by a returning Maradona. The national clamour for him to make the squad was inevitable and successful.

“I am tired of all those who said I was fat and no longer the great Maradona,” he said in the build-up. “They will see the real Diego at the World Cup.”

Argentina would last just four games of the finals, and Maradona two. His fine goal and frenzied celebration in the group opener against Greece preceded an assist in a win over Nigeria, which itself came before a ‘random’ drugs test and predictable positive sample. “My soul is broken,” he said, a generational talent having summarily failed to secure the “revenge” he so craved against FIFA.