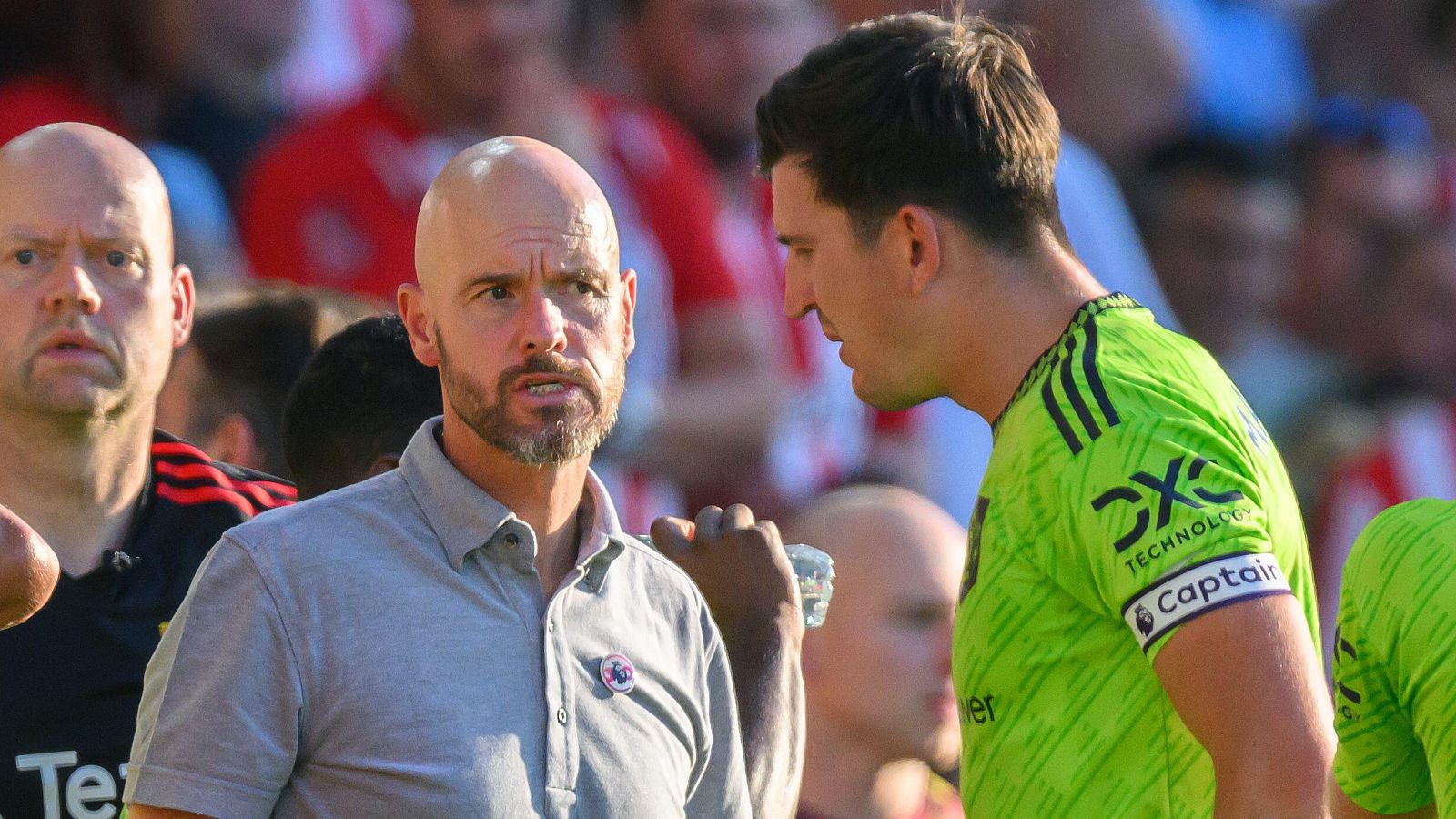 Man Utd boss Erik ten Hag has revealed that Harry Maguire has been ruled out of the Manchester derby on Sunday but he has some positive news about Marcus Rashford.

The Red Devils captain played both matches for England as they lost 1-0 to Italy and drew 3-3 against Germany in the Nations League during the international break.

Maguire came in for a lot of criticism, particularly against Germany, when he was at fault for the first goal when he passed the ball straight to Jamal Musiala before bringing the Bayern Munich youngster down for a penalty.

After Man Utd lost their opening two Premier League matches of the season, Ten Hag dropped Maguire for the next four fixtures, preferring a centre-back pairing of Raphael Varane and Lisandro Martinez.

And now Ten Hag has ruled Maguire out of their clash against arch-rivals Man City on Sunday through injury.

“Harry Maguire is injured and I think for the rest we have some doubts,” Ten Hag told journalists at a pre-match press conference.

“With Anthony Martial, he was training all week with the group so really happy with that situation. He’s performing really well.

“Rashford returns into training so also we are happy with that. For the rest, only the long-term injuries like Axel Tuanzebe and Brandon Williams are not available.”

On the constant abuse and criticism Maguire is receiving from some Man Utd and England fans, Ten Hag added:”I have to coach him and back him. I back him because I believe in him. I can see his qualities. His quality is there, he has almost 50 caps for England and there is high potential. Then it is about him. We all believe in him.”

When asked how he planned to beat Man City at the weekend, Ten Hag continued: “We need to look to ourselves. We want to win every game. We have to perform at our best. We have to do our best, with a good game plan. Then it about execution. We will have to do 100%.

“I have played many derbies. I know what they are, the most important game.

“We don’t play against [Erling] Haaland, we play against Man City. We are convinced of our capabilities. If we act as a team we can beat our opponents.”

On dealing with Erling Haaland – who has scored 11 goals in his first seven Premier League matches – the Man Utd boss said: “We don’t play against Haaland, we play against Man City.

“We are convinced of our capabilities. If we act as a team then we can beat our opponents. That is the belief we need, and we need it even more Sunday.”