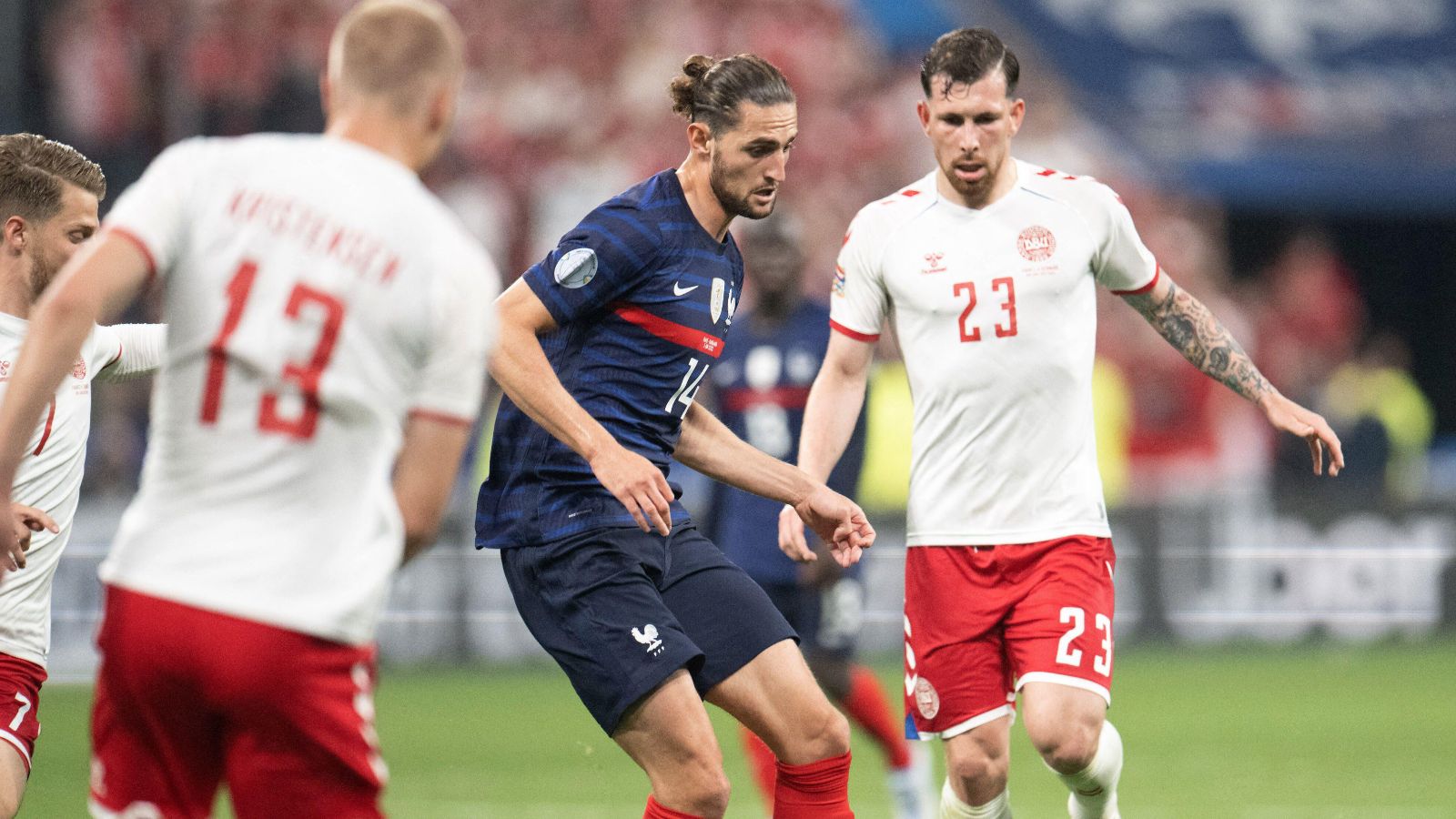 Adrien Rabiot has reportedly agreed to join Manchester United after a phone call with Erik ten Hag, and a ‘deal should be struck’ with Juventus.

News of United’s interest in the France international emerged in the wake of their disappointing opening day defeat to Brighton on Sunday.

READ MORE: Pleas for patience amid f***s no longer being given in a Mailbox split on Man Utd…

It was a game which highlighted Ten Hag’s need for reinforcements this summer as Graham Potter’s side ran them ragged in the first half.

United’s two central midfielders – Fred and Scott McTominay – came under particular scrutiny, with that area of the pitch the priority for much of the summer.

But Frenkie de Jong, whom United have expended a huge amount of time and effort in attempting to lure him to the club, has now reportedly categorically ruled out a move to Old Trafford.

The Dutch international’s preference is to remain with Barcelona, despite them owing him £17m in deferred wages and threatening legal action against him.

But a report on Monday claimed he’s told his teammates that Chelsea – who have also been linked – would be a ‘good option’ if he was to leave the Catalan club this summer.

With United all-but giving up on De Jong, they have turned their attention to alternatives with Rabiot now the frontrunner.

The Telegraph claim Ten Hag spoke with Rabiot on the telephone on Monday ‘to express how keen he is for him to join’.

The 27-year-old has now told the Serie A club he wants to leave and ‘a deal should be struck’ for a fee of around £15m.

Rabiot, who has just one year left on his Juventus deal, has reportedly been targeting a move to the Premier League since the end of last season.

While it’s said he would prefer to be playing Champions League football, he is prepared to move to United to gain regular first-team football ahead of the World Cup in Qatar.

Gazzetto dello Sport (via Sport Witness) claim ‘he could ask for a rich bonus linked to qualification for the competition the following year’.

The Telegraph also claim they have reignited their already reignited interest in Lazio midfielder Sergej Milinkovic-Savic.

The Serbia international has been linked with a move to the Premier League, mainly United, for the last three years, and the report claims his name has once again been put forward to the United bosses, who are ‘considering’ a move.

Ten Hag is ‘believed to be interested and rates him highly’.