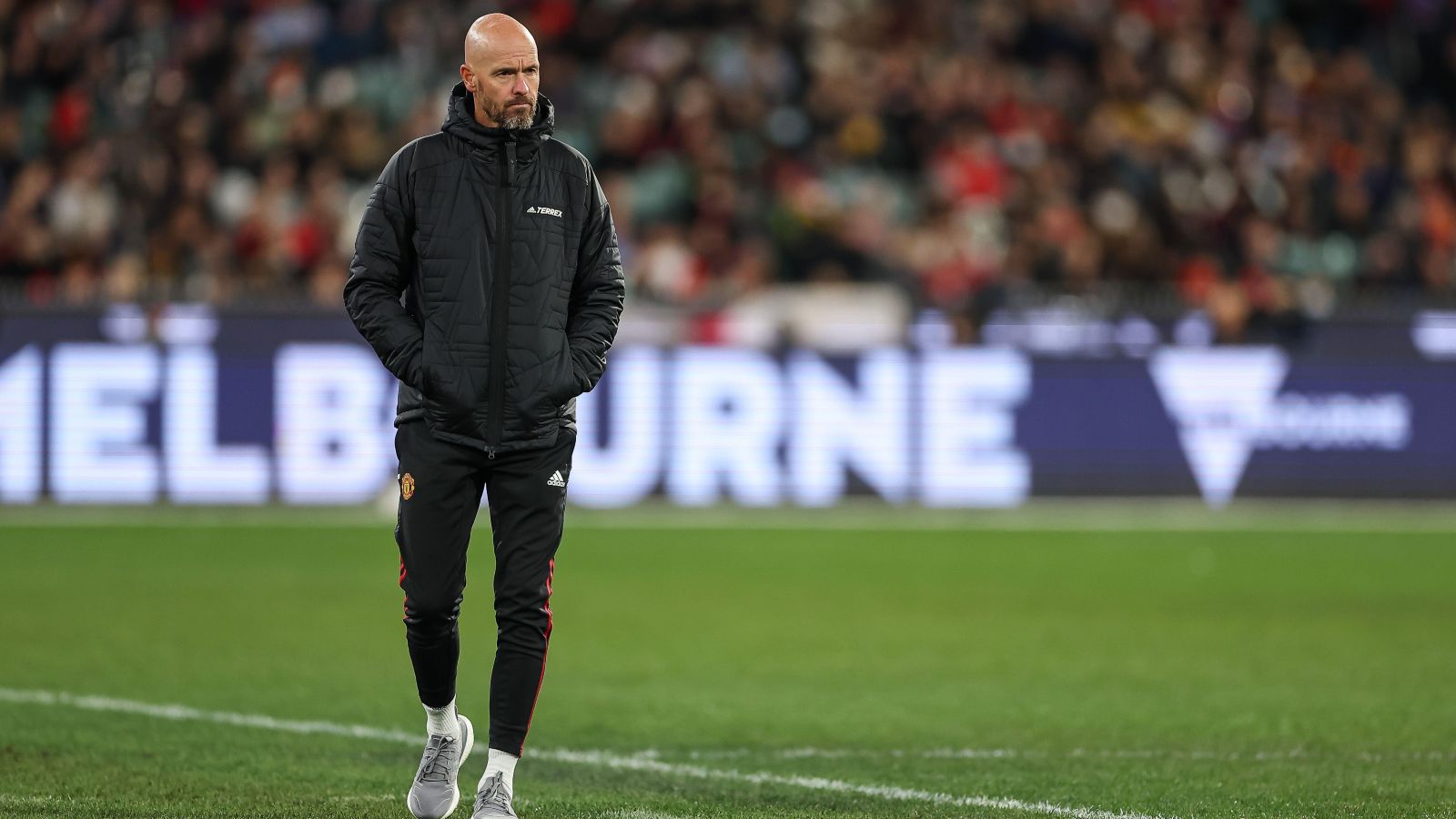 Erik ten Hag thinks his side were taught a “lesson” in their 2-2 pre-season friendly draw against Aston Villa after they gave control of the game away.

Man Utd were pegged back by a last-gasp Calum Chambers header as Aston Villa fought back to deny Ten Hag a winning end to their pre-season tour of Thailand and Australia.

The final friendly of the Red Devils’ four-game trip had been in jeopardy due to the impact of heavy downpours on an already cut-up surface, but the referee gave the go-ahead following a pitch inspection.

Thankfully both sides appeared to avoid injury on the poor surface at the otherwise impressive Optus Stadium in Perth, where a crowd of 58,228 saw Steven Gerrard’s Villa overturn a two-goal deficit to draw 2-2 at the death.

Jadon Sancho volleyed home his third goal of the tour at the end of a fine team move to open the scoring in a first half that ended with Marcus Rashford’s strike deflecting in off Matty Cash.

Leon Bailey pulled one back with a superb solo goal shortly after his half-time introduction and Chambers’ headed home his corner with the last touch of the night as David De Gea was caught in no-man’s land.

And Ten Hag was disappointed with the way his side came out after the interval but he still thinks they have “made a lot of progress” in pre-season.

“First-half decent performance, 2-0 up,” Ten Hag told MUTV. “And second-half we came bad out of the dressing room, we had control of that game and then we gave it away. That is not good, so that is a lesson.

“From the players, from the team, I think we have made a lot of progress. I will say there have been a lot of positive aspects and, in the end, also a setback, and that is also part of the season because a season is not always getting up.”

Ten Hag added: “We played different type of football against different systems and that will be the case with two Spanish teams, a different approach.

“What we want is to play pro-active football with initiative, playing attacking football. That’s what we saw today over long periods but you have to control the game and that’s what we didn’t do.”