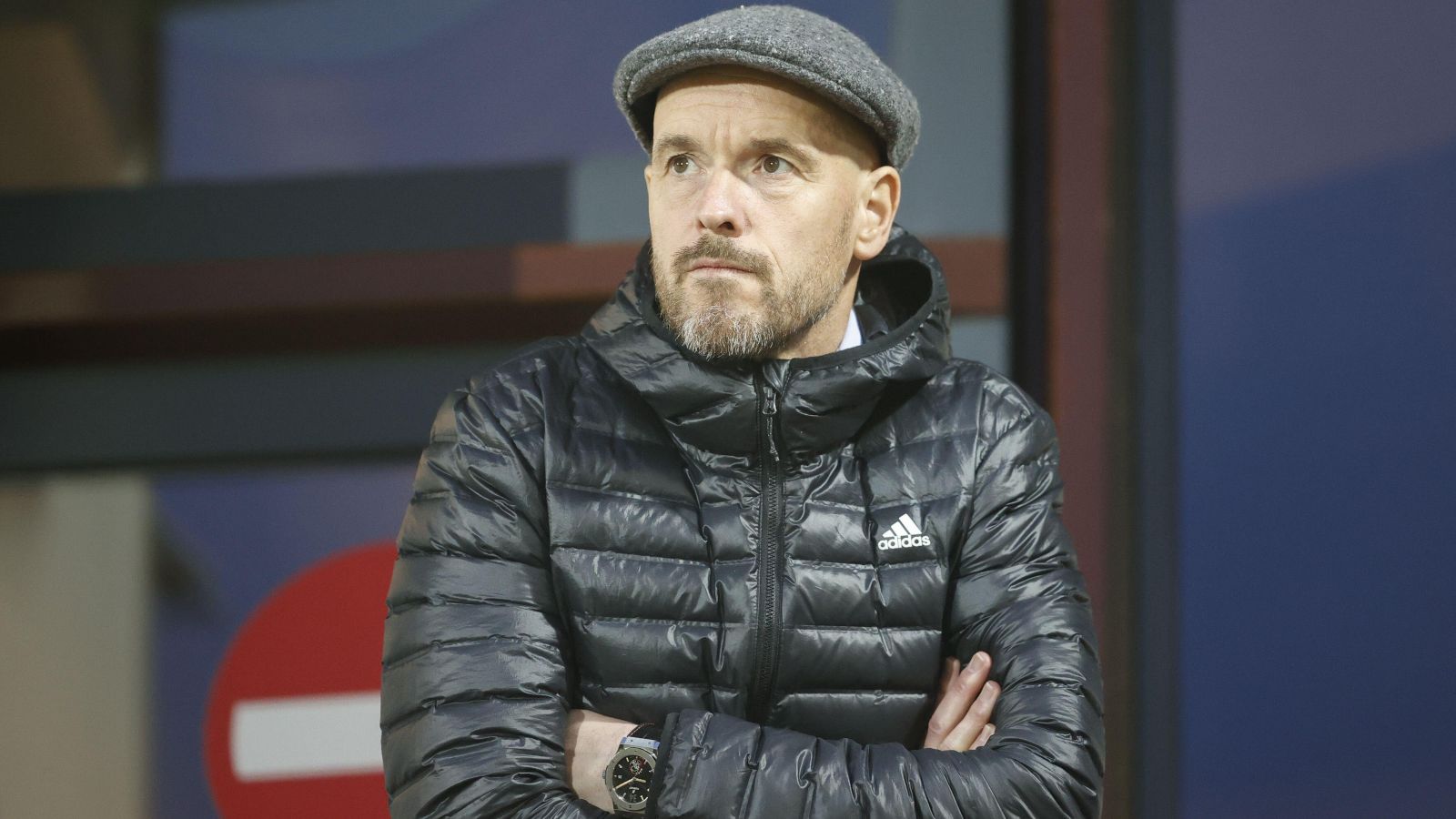 Erik ten Hag is determined to make Barcelona midfielder Frenkie de Jong the ‘cornerstone’ of his Man Utd revolution, according to reports.

Ajax boss Ten Hag was announced as the new permanent Red Devils manager last week but the Dutchman will not take over until the end of the current season.

Man Utd are currently sixth in the Premier League table, after losing to Arsenal 3-1 over the weekend, with the fourth-placed Gunners now six points ahead of Ralf Rangnick’s men.

The signings of Raphael Varane, Jadon Sancho and Cristiano Ronaldo in the summer was meant to catapult Man Utd into challenging for the title but they have instead gone backwards this season.

There have been reports of dressing room unrest at times this season and Ten Hag will have a big job on his hands to turn the ship around in the summer.

One priority area for the Man Utd recruitment team this summer is central midfield with Ole Gunnar Solskjaer hoping the club would bring one in last summer.

Former Ajax midfielder De Jong, who has played under Ten Hag, has been linked in recent months and now Spanish publication Sport (via Sport Witness) insist that Man Utd are ‘on the prowl’ for the Dutchman.

Ten Hag thinks is ‘capable of bringing out his best version’ and make De Jong the ‘cornerstone’ of his grand plans for Man Utd.

Bayern Munich are also said to be ‘thinking of him’ this summer and want to be there if Barcelona decide to listen to offers for De Jong, but they are ‘not proactive’ in their interest.

Although Barcelona are not looking to sell De Jong, despite some irregular performances, they will ‘study’ any offers ‘close to €80m (£67m)’.

Speaking before their defeat to Arsenal, Rangnick claimed that Man Utd would need “open-heart surgery” over the next few transfer windows under Ten Hag to get competing back at the top of the league.

“I’m pretty convinced that he’s the best possible coach that you could get right now,” Rangnick said on the Dutchman’s appointment.

“All the other things, as sad as it is and as frustrating as it feels right now for everybody involved – and believe me, for me this is extremely, terribly frustrating because in the last 10 years, if not 15 years, we only experience success, myself also as a sporting director and as a football manager.

“But in football you’re not always on the bright side. Right now we’re on the other side.

“But the good thing about what happened, one of the very few good things, is that it’s crystal clear. It’s not that difficult (to see). You don’t even need glasses to analyse and to see where the problems are.

“So, now it’s only about how do we solve them? For me, it’s clear it’s not enough to do some little, minor amendments, some little issues here and there, some minor cosmetic things.

“No, in medicine you would see this is an operation at the open heart, so there are more things to be changed than some little things here and some minor things there, and this is the good thing.

“If this happens, if everybody has realised that this has to happen and if people want to work together, then it makes sense and then I still believe that it doesn’t need to take two or three years to change those things.

“This can happen within one year. Other clubs not too far away from here have shown that it doesn’t take two, three, four years, that it’s possible within one, two or maybe three transfer windows.”