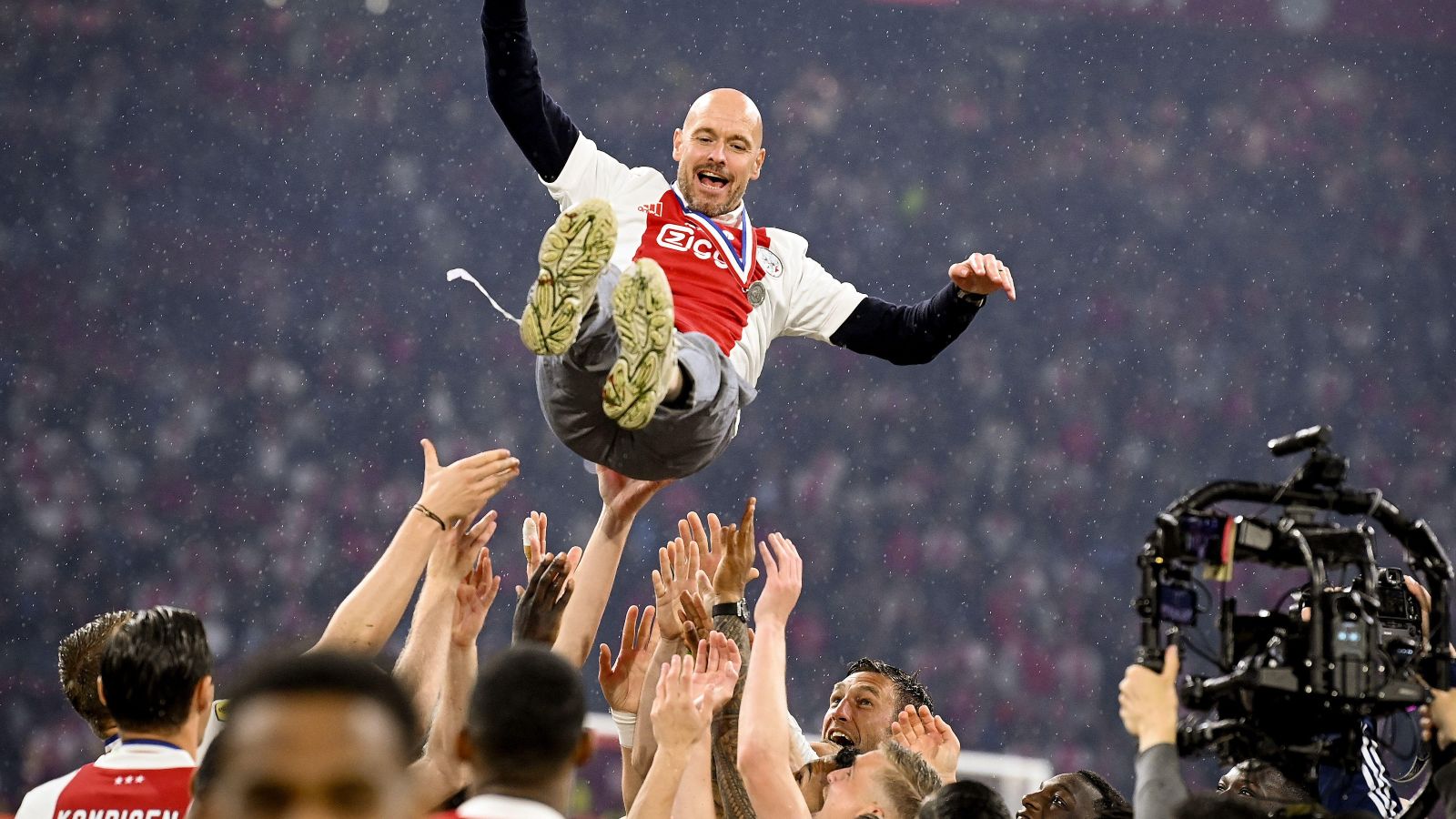 Erik ten Hag has opened up on his “difficult and sad” Ajax exit and he has been praised by Manchester United legend Edwin van der Sar.

Following spells at Go Ahead Eagles and Utrecht, Ten Hag took over at Ajax at the end of 2017.

The 52-year-old’s spell at Ajax has been highly successful. He guided them to the semi-finals of the Champions League in 2018/19.

The Dutchman has also won the Eredivise title with Ajax on three occasions. They beat Heerenveen 5-0 on Wednesday to clinch the title once again.

Speaking on the pitch after the game, he acknowledged that it will be “difficult” to say goodbye to Ajax:

“At some point, that feeling [sadness] does come into play, indeed,” Ten Hag said (via The Express).

“It is also difficult because I have worked with so many fantastic people here, especially the players. But there is also a time to go.”

Ten Hag went onto insist that can tell how grateful Ajax are for the job he has done:

“I hope so, I definitely feel it and I am very proud of what we did together.

“Ajax is Europe proof again and Ajax plays for titles. There is great foundations to build further upon.”

“This gives an incredible feeling of satisfaction. We have put in so much work together. The team has worked hard and stayed together despite a lot of setbacks.”

Van der Sar played over 250 times for Man Utd as a player. He has been Ajax’s chief executive since the end of 2016.

He believes Ten Hag “surpassed all expectations” during his time at Ajax:

“Erik… sometimes I thought ‘you are a weird man’. But you surpassed all expectations. Dominant football, semi-final Champions League, and league titles,” Van Der Sar said (via Daily Mail).

“You will leave for a club that is close to my heart. I wish you all the best there. Thank you, Erik ten Hag!”